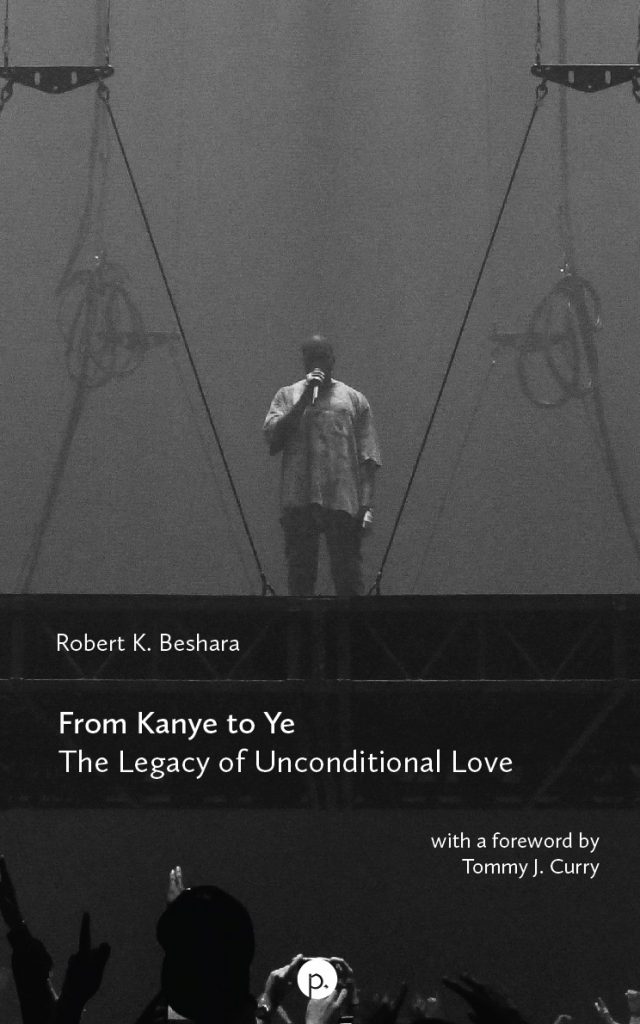 “Where cultural studies often miss the mark, Robert Beshara fuses the academic study of philosophy, religion, history and psychology. The author provides a psycho-analytic study of one of the world’s most prominent musical icons, this book offers a “cathartic” introspection into the complex mind of a genius.”

~ Julius Bailey, author of Philosophy and Hip Hop and The Cultural Impact of Kanye West

“Beshara’s text should be required reading for anyone interested in listening at any level to the cultural production of Ye né Kanye West. I say cultural production rather than music because the experience that this text charts allows readers to navigate the thicket that is the oeuvre of Ye: music, fashion, film, social media, and counting while at the same time giving voice to the totality of emotions that accompany even cursory involvement with this world. This book is an essential installment in the canon of texts taking up the Black Aesthetic for all of its philosophical impact, a must read.”

From Kanye to Ye: The Legacy of Unconditional Love, with a foreword by Tommy J. Curry, can be described as a theoretical biography of Ye. In particular, the book focuses on the period from 2016 to 2021 (The Shaky-Ass Years) in an effort to think psychoanalytically about Ye’s complex subjectivity, his struggle with bipolar disorder, the thin line between the personal and the political when it comes to celebrity culture, and his aesthetic productions — be they in the form of music, video, or fashion — which are also ethical and political projects/objects.

From Kanye to Ye approaches its subject first through a review of the psychoanalytic literature on manic depression and bipolar disorder and then turns its attention to Ye’s nervous breakdown in 2016 — first framed as a “temporary psychosis” and then as “bipolar disorder” — in the context of the release of The Life of Pablo album and its accompanying Saint Pablo Tour. The book then considers the U.S. media’s psychological pathologization of Ye, particularly as a Black man, and his own reconstruction of his manic depression. Beshara also address Ye’s identification with Trump and the significance of his use of the MAGA hat as a creative form of cultural appropriation. The book concludes by briefly surveying Ye’s conscious turn to Gospel music and his failed Presidential campaign in an effort to pay more attention to his latest magnum opus, named for his mother, Donda — specifically, the three public listening parties. The effort throughout the book is to take what Ye is saying seriously as opposed to dismissing him using stigmatizing terms, and in Beshara’s terms, to specifically align his desire with Donda’s in an attempt to see Ye from her point of view, that is, through the legacy of unconditional love.

Robert K. Beshara is the author of Decolonial Psychoanalysis: Towards Critical Islamophobia Studies (Routledge, 2019) as well as Freud and Said: Contrapuntal Psychoanalysis as Liberation Praxis (Palgrave, 2021). He is also the editor of A Critical Introduction to Psychology (Nova, 2019) and Critical Psychology Praxis: Psychosocial Non-Alignment to Modernity/Coloniality (Routledge, 2021). Further, he is the translator of Mourad Wahba’s (1995) Fundamentalism and Secularization (Bloomsbury, 2021). Finally, he is the founder of the Critical Psychology website. For more information, see his personal website.