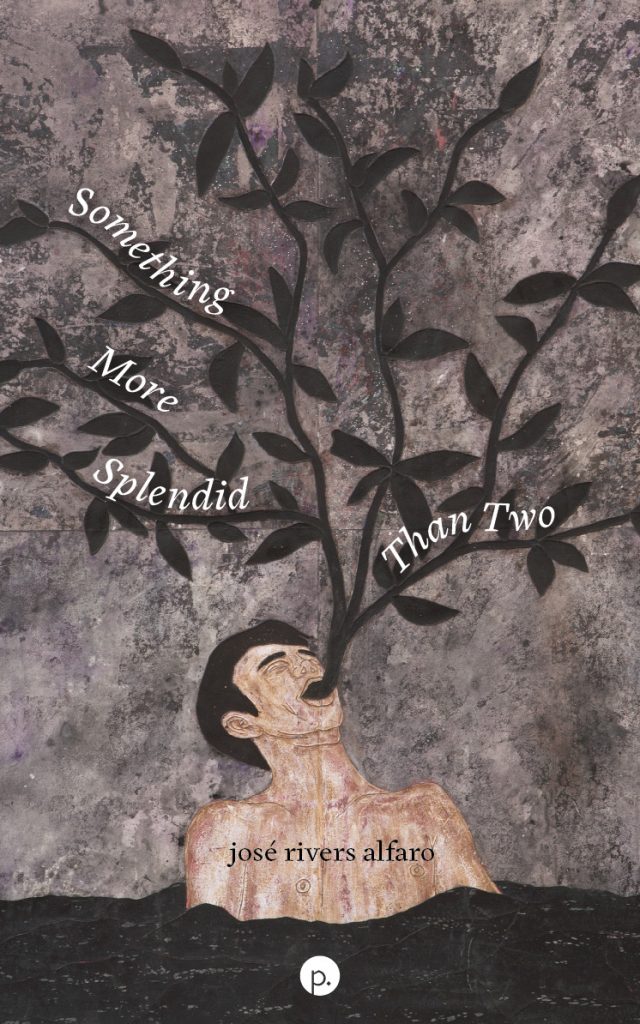 Something More Splendid Than Two is a literary memoir that disrupts the dominant narratives surrounding the life and myth of Joaquín Murrieta. In the Mexican American imaginary, the legend of Joaquín Murrieta has been recast to explain the wounding of Mexican American men after the 1848 border formation. In these versions, Joaquín is a vigilante hero and the patriarchal father of the Chicanx movement.

Revisiting the most circulated version of the Joaquín myth, The Life and Adventures of Joaquín Murieta written by Cherokee writer John Rollin Ridge, the first published Native American author in the U.S., Something More Splendid Than Two offers an alternative to these versions. Stitching together multiple tangled histories of Indigenous and Mexican woundings living in the margins of Ridge’s nineteenth-century novel, this writing opens a queer timeline where Chicanx and Indigenous solidarities can be imagined. By attuning ourselves to the choreographies of power and patriarchy that produced readers and writers like Ridge and the author of this book, jose rivers alfaro imagines that in that endless encounter between reader and writer both time travel and collective healing are possible.

josé rivers alfaro is an artist who teaches writing and literature. Raised in Sacramento, California, he attended Cosumnes River College, the community college where he currently works as a professor. He earned his B.A. in English Literature at San Francisco State University and his Ph.D. in English at UC Riverside, focusing on Nineteenth Century American Literature and Queer Latinx Studies. Before returning to Sacramento, he learned how to dance salsa and bachata. Since then, he continues to spend a lot of time thinking about how he can make the magic of the dance floor happen on the page.

One thought on “Something More Splendid Than Two”