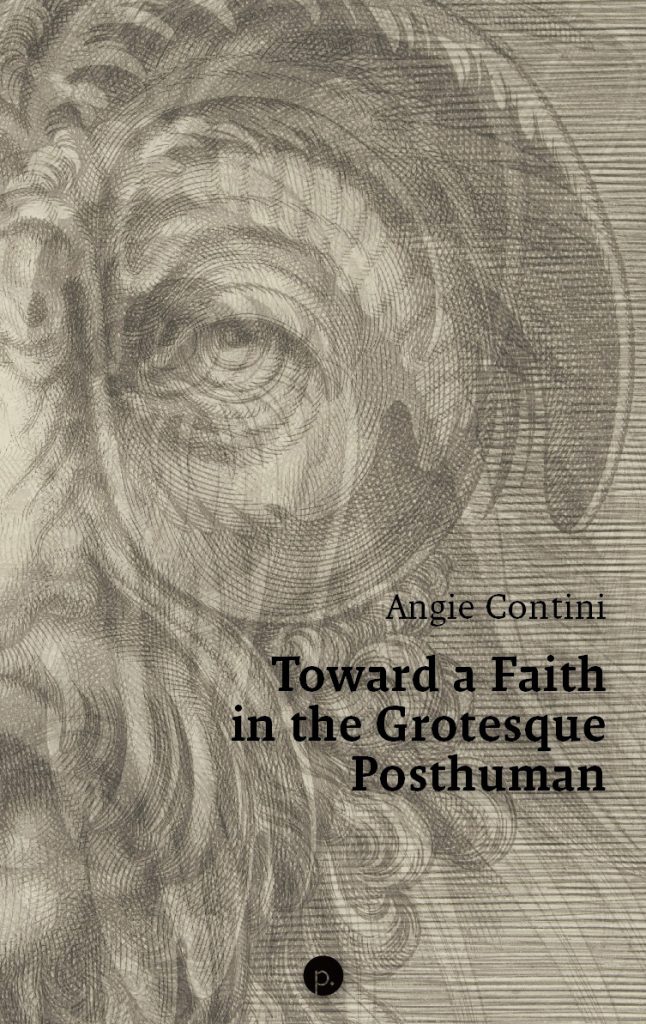 At the dusk of the end of all human things, is it even possible to imagine a faith in the future image of humanity? Caught between the momentum of the Anthropocene and the politics of posthumanism, the orders of divine, human, animal, and technological existence perform uncanny cycles of collapse and resurrection. Although the enlightened center of Man no longer holds, the stampede of human exceptionalism, and its irrational faith in reason, ironically endures. In the intolerable, suspended moment of anthropogenic ecocide, and marking both religious and atheistic ideology, a resilient apocalyptic mythology presides over our identity, our ontology, our ethics, our art, our actions, our despair, and our future. Fanatical consolations of divinity obscure the possibility of a profound transformation in human nature. We are yet to know ourselves as an empowered, self-reflective collective who responds to the Anthropocene with something approaching an apology, a poetics of possibility, a creaturely consciousness, and a radical ethics of technology. Where are the models of identity which harness the creative human spirit to affirm the significance of nature’s existence, of which we are a part?

Set against the backdrop of the Anthropocene’s apocalyptic aura, and drawing from mythology, music, and cinema, Toward a Faith in the Grotesque Posthuman performs a highly original thought experiment aimed at opening out the ecological significance, spiritual complexity, and ethical accountability of the symbolic figure of the grotesque. As the embodiment of change itself, the grotesque harbors a pluralist, ahistorical “spiritual ecology”, one which affirms the possibility of its own organic-creaturely transformations, while gazing ironically at not only its divine inclinations, but its technological dependence. Thriving in the space between the mythology and the history of human identity, the grotesque levels its defiantly ancient gaze upon the moralistic image of humanity that is the Anthropocene, to present an untapped creative resource for contemplating the future image of posthumanity.

Angie Contini is an independent experimental multimedia artist and postdoctoral scholar living in Sydney, graduating with a PhD from the University of Sydney in 2018. Her arts practice and research interests include animal ethics, eco-aesthetics, philosophy as theatre, mental health, continental philosophies of existence, and the holistic, pedagogical role of art in daily life. Angie is committed to an interdisciplinary practice that embraces complexity, privileges curiosity, improvisation, and experimentation, affirms the reciprocity between critical thinking and creative expression in all mediums, and forms the ground for a discipline of optimism.

2 thoughts on “Toward a Faith in the Grotesque Posthuman”