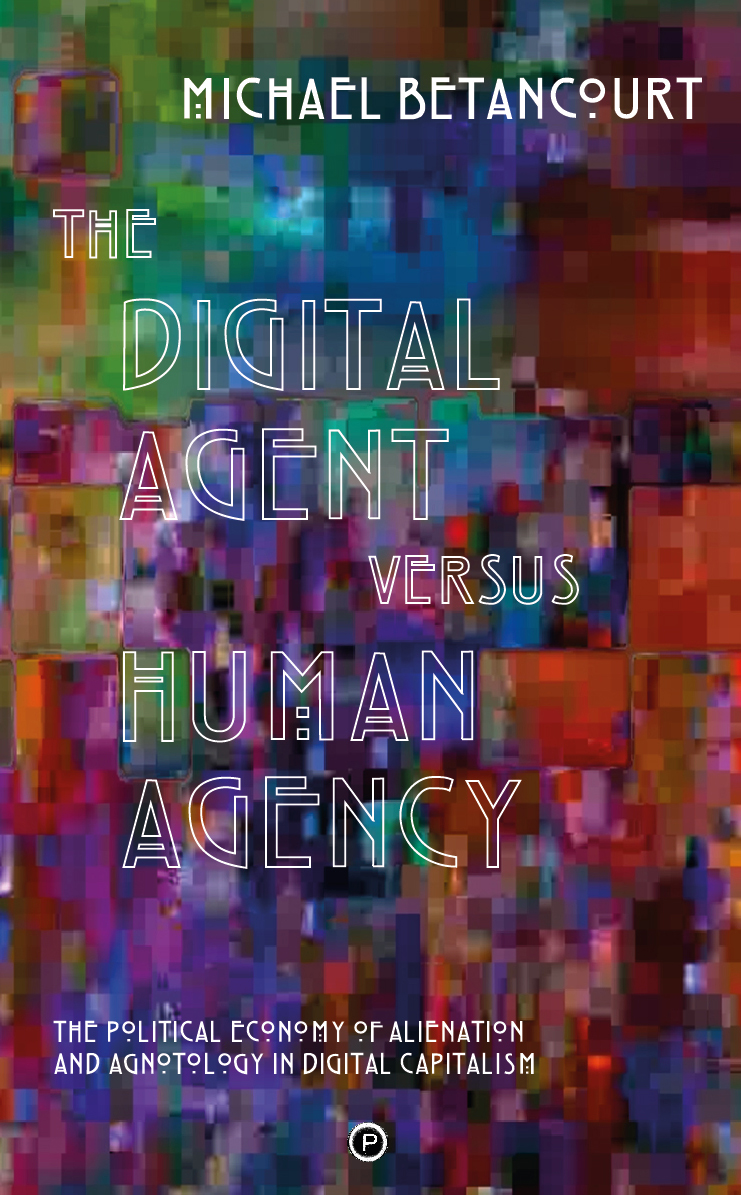 Anything that can be automated, will be.
The robots will take your job.
This book is about what happens afterwards.

The Digital Agent versus Human Agency continues the analysis begun in The Critique of Digital Capitalism: the central place of human needs, desires, and actions in the creation of “profit” (value) is ignored in the rush to automate. Companies under digital capitalism cannot place the health of society on par with their bottom lines. The familiar symptoms of this transformation exemplified in Bitcoin, “Fake News,” Universal Basic Income (UBI), and digital rights management (DRM), for example, are all responses to digital capitalism’s shift to automation and on-demand production. This ideology tries to erase and hide the importance of social relationships and the role of human agency in economic values that only become real through the social relationship called “exchange.” The new systems of wealth concentration deny how these human relationships must constrain the dictates of capitalism’s marketing, competition, and accumulation (which manifest as a continual demand to increase profit, productivity, and efficiency), if only through the limited amount of value available to extract and the collapse that must follow when automation recovers all wages as “lost profits.”

The challenge automation and artificial intelligence (AI) present is ideological, a matter of deciding what kind of world comes after capitalism replaced human labor with machines. Betancourt’s analysis offers more than a diagnostic of the contemporary dominance of computer technology, suggesting models that can challenge it and reclaim the social realm from becoming just another commercialized resource. The Digital Agent versus Human Agency is a critique of this fantasy, separating who works (labor) and who reaps the benefits of that work (capitalists), to show that value always depends on human action, a foundation that automation does not, and should not, change.

Michael Betancourt is a theorist, historian, and artist concerned with digital technology and capitalist ideology. His essays have been translated into Chinese, French, German, Greek, Italian, Japanese, Persian, Portuguese, and Spanish, and published in many magazines, including The Atlantic, Make Magazine, Millennium Film Journal, Leonardo, Semiotica, and CTheory. He wrote the ____________ Manifesto, and has published many books, including The Digital Agent versus Human Agency (punctum, 2019), The Critique of Digital Capitalism (punctum, 2016), Glitch Art in Theory and Practice (Routledge, 2016), and Beyond Spatial Montage: Windowing (Routledge, 2016). For more information, visit his archive of writings.