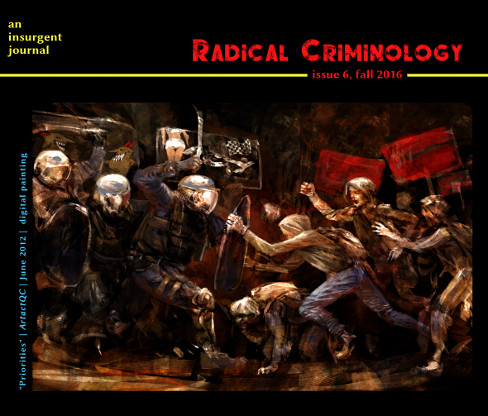 In this period of state-sponsored austerity and suppression of resistance there is a great need for criminologists to speak out and act against state violence, state-corporate crime, the growth of surveillance regimes, and the prison-industrial complex. Criminologists also have a role to play in advancing alternatives to current regimes of regulation and punishment. In light of current social struggles against neo-liberal capitalism, and as an effort to contribute positively to those struggles, the Critical Criminology Working Group at Kwantlen Polytechnic University in Vancouver has initiated Radical Criminology. This is not simply a project of critique, but is geared toward a praxis of struggle, insurgence and practical resistance.