Gracchi Books aims to short-circuit the trend, especially in institutionalized open-access publishing, that renews a pre-Third Estate situation, investing those with exceptional means as the privileged voices to be heard. We seek to facilitate the free flow of critical thought and scholarly activities, from those who produce them to those who would like it, from within a selectively bold framework that ensures and demands rigorous, peer-reviewed scholarship.

Through the promotion of radical, innovative, and experimental thought, dialogue, patterns of representation, methods of research, interpretive frames, and forms of discourse entangled with serious scholarly, academic, and collegial expectations and direction, we hope to topple the hoary trees of hierarchies and let research grow and disseminate rhizome-like, in all directions, with no beginnings, endings, constraints or priorities other than rigorous scholarship, critical reflection, novel intellectual propositions, and creative inspiration. We especially encourage the bold exploration of academic paths that have been otherwise closed by the patricians of the mind.

The Gracchi brothers, Tiberius and Gaius, were a pair of Roman aristocrats who served as tribunes of the plebs, the people, in the Roman Republic. They attempted to pass land reform legislation that would redistribute the elite landholdings among the plebeians. They were vehemently opposed by the Senate and their biological lives ended in tragedy, but their historical lives are re- actualized anew. Today, Gracchi Books takes knowledge and research from the hands of the colossus that was able to stand up only because all of us supported it with our work and makes them free and open for everyone. Gracchi Books titles are entirely no-fees, open-access.

We welcome proposals for books, performance pieces and other forms of expression of non-fiction and historical fiction. We specialize in history and critical theory, including but not limited to related fields such as historiography and methodology, historical theory, anti-philosophy and anti-history, oral history, political theology, literary and manuscript studies, medieval studies, art and visual studies, music, dance and performance theory and praxis, legal studies, popular culture and the past, and other areas of erudition that lie within, outside or between academic, creative and wider / other paths of enquiry.

Prospective Authors: to submit a proposal, please send the following to us at networksandneighbours@gmail.com:

The Medieval Mediterranean series publishes short-form monographs of c. 30,000 words (excl. notes, etc.). The aim is to produce books that can transcend prescribed chronological, disciplinary, and other structural boundaries while also remaining sensitive to the historical, linguistic, and performative issues that are crucial for the study of and respective fields within Medieval Mediterranean research. As such, we do also welcome proposals for select edited volumes (of the same size) containing four to five essays, and dialogue or debate volumes in which scholars present arguments and respond to one another. There is room too for urgent archaeological reports, theoretical and methodological proposals, research-event publication, and creative approaches to narrating and representing the Medieval Mediterranean.

More information about the Medieval Mediterranean book series can be found here.

We, the founding editors, are two academics forged by PhDs in Britain, yet neither of us is there considered British. We, along with the board members, come from different places and situations on the globe, and disparate linguistic, ontological and other backgrounds. Despite the contrasts in our respective formations and experiences we have emerged and hold communal ideals that transcend national frameworks, that float unnamed and Real in a world context that is urgently and emotively tied to our locale and all locales, recreating the neighborhood and challenging capital as a particular and historical process by creating a parallel world option. This is us, in an un-rooted, shattered nutshell, an object united in its fragmented memories, representation and shared space. This named but not nominated collectivity is the core of the body best suited for a post-national and open/minded project such as Gracchi Books.

Gracchi Books is affiliated with Networks and Neighbours (N&N), an international research project dedicated to the study of Late Antiquity and the Early Middle Ages. To this end, N&N runs symposia, conferences and other events, publishes essays and reviews, and, with Gracchi, books and editions. N&N is entirely no-fees Open-Access, non-profit and all events, programs and series that it runs and sponsors are free of charge. N&N is constituted by scholars from around the globe. It encourages participation from diverse perspectives and institutional frameworks, and strives for a complementing collection of advanced students, junior researchers and senior academics in dialogue freely and openly, without barriers – whether territorial, linguistic, national, or other. 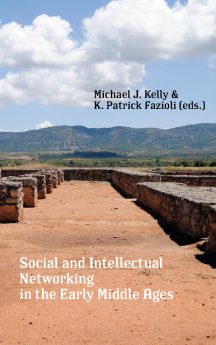 Social and Intellectual Networking in the Early Middle Ages 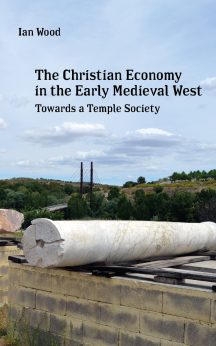 The Christian Economy of the Early Medieval West: Towards a Temple Society 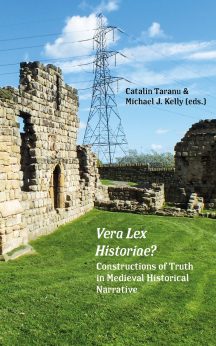 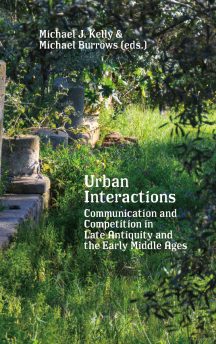 Urban Interactions: Communication and Competition in Late Antiquity and the Early Middle Ages