SCOPEOUT is a long format, live streaming show. Each day-long, un-narrated episode is produced by new people; the only parameter is that for 24 hours, the stream can’t stop.

We follow the life of a Los Angeles computer scientist as she goes about her day at home.

A New York designer takes from home to work and out with her friends on a typical day.

We join a Houston artist as she creates 24 watercolor paintings. 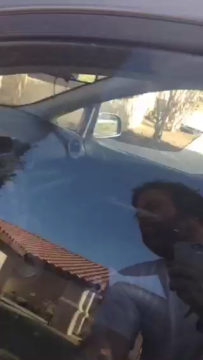 A writer shows us what life is like in the high desert of Southern California.

An average day for a dog and his companion, an open-access publisher, along California’s Central Coast. 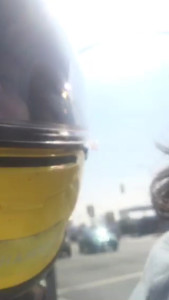 An architect in Hollywood takes us to his house party, on a hike and to a restaurant; includes footage of the Griffith Observatory and a thrilling motorcycle ride down Hollywood Blvd.

The point of SCOPEOUT is that you and your life matters; we are asserting the value of your activities and lifestyle, no matter your choices or context. Our desire, to create a global diagetic universe of the real, without rejection, follows the post-structuralist framework whereby what grants meaning is existence itself and not delimitation by relative difference within binaries, like here/there, what I do/what you do, what you like/what I like, et cetera.

Bearing this in mind, and while there are no restrictions on content per se, the series producer strongly discourages the following:

To all this we will add that we have found that the most banal activities, streamed on Periscope, can often be quite captivating. We encourage you to use this to your advantage.

We also add that you may choose to improvise, to plan out, or even be something of an auteur about your stream. Your choices are as inherent to the project content as what you stream, but it is also always already sanctioned; our attitude on this matter, as with most others, is: “you do you.”

Special thanks to Kevin Lin for his help putting together Episode 7.