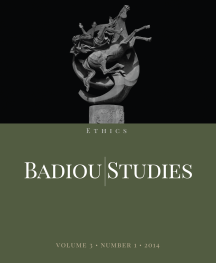 The journal Badiou Studies is a multilingual, peer-reviewed publication dedicated to the philosophy and thought of, and surrounding, the philosopher, playwright, novelist and poet Alain Badiou.  Badiou Studies is dedicated to original, critical and challenging arguments that directly engage with the conditions and circumstances of Badiou’s thought. We aim to identify pertinent intellectual discourses, ideas, historiographies and concepts, and seek articles that situate these theories within emerging events in politics, science, art and love.  Book reviews and reports of related activities are also warmly welcome. Badiou Studies is especially concerned with maintaining a fidelity to Badiou’s thinking without collapsing into hagiography or celebrity fetishism.  This is why we encourage works that actively critique Badiou’s philosophy and his currency as an established philosophical figure. Badiou himself serves on the journal’s Advisory Board.

Contention: The Multidisciplinary Journal of Social Protest is a scientific journal which aims to offer a novel contribution to the study of social protest. The journal intends to advance knowledge about a comprehensive range of collective actions, social movements and other forms of political and social contention. Its main purposes are to offer a multidisciplinary forum to scholars from different fields and to bridge the gap between them, within and across the social sciences and humanities.

Dotawo: A Journal of Nubian Studies

Nubian Studies needs a platform in which the old meets the new, in which archaeological, papyrological, and philological research into Meroitic, Old Nubian, Coptic, Greek, and Arabic sources confront current investigations in modern anthropology and ethnography, Nilo-Saharan linguistics, and critical and theoretical approaches present in post-colonial and African studies. The journal Dotawo: A Journal of Nubian Studies brings these disparate fields together within the same fold, opening a cross-cultural and diachronic field where divergent approaches meet on common soil. Dotawo gives a common home to the past, present, and future of one of the richest areas of research in African studies. It offers a crossroads where papyrus can meet internet, scribes meet critical thinkers, and the promises of growing nations meet the accomplishments of old kingdoms.

Go to Dotawo: A Journal of Nubian Studies » 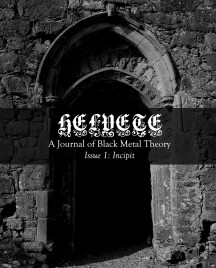 Hail! Helvete: A Journal of Black Metal Theory is an open access electronic and print journal dedicated to continuing the mutual blackening of metal and theory inaugurated by the Black Metal Theory Symposia. Not to be confused with a metal studies, music criticism, ethnography, or sociology, black metal theory is a speculative and creative endeavor, one which seeks ways of thinking that “count” as black metal events — and, indeed, to see how black metal might count as thinking. Theory of black metal, and black metal of theory. Mutual blackening. Therefore, we eschew any approach that treats theory and metal discretely, preferring to take the left-hand path by insisting on some kind of connaturality between the two, a shared capacity for nigredo.

Itineration: Cross-Disciplinary Studies in Rhetoric, Media, and Culture is an international, refereed publication devoted to mapping the intersections of rhetoric, media, and culture. The journal is founded on the notion that the study of persuasion—what it is, that it is, how it operates and is operated upon—is a broad and complex area of scholarship open to multiple lines of investigation through a variety of disciplines, genre, and media. Itineration is a wandering process of discovery and invention. It discovers as it constructs what it discovers through practice. In the context of the journal, itineration calls for wandering through disciplines, genre, and media in pursuit of the rhetorical.

Itineration seeks works generally considered “nontraditional” in that their nontraditionality is established by the eschewing of conceptual boundaries that separate the humanities, and specifically rhetoric, from the rest of the academic world. We encourage submissions that take risks, to such an extent that “risk” is recognized as the shifting myriad possibilities that appear, disappear, and mutate as one follows any spiritual, intellectual, or investigative path. Rather than offering a clear-cut definition of what rhetoric is, Itineration seeks submissions that investigate, expose, interrogate, contemplate, and/or complicate the rhetorical impetus evident in all cultural productions, including examination of the very concept of “culture.” 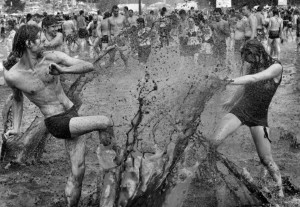 Keep It Dirty is an affiliative network, a desiring-assemblage, the world’s largest public art project, an instruction, a movement, a fashion statement, and an online mixed-media journal that publishes content every Wednesday on a rolling basis. Oriented towards ecological consciousness raising and collective image production in the interest of posthuman environmental solidarity, Keep It Dirty is a site where everyone is invited to hail and confabulate and perform the dirty collectively. Keep It Dirty aims to wring the purposive guilt out of  sustainability and calls for a full-hearted embrace of everything we do bad, for good. This rhizomatic project vociferously rejects the moralizing, egocentric, and falsely prophetic ambitiousness of our start-up present, for a future consciousness of the duration of the dirty, earthy now. Keep It Dirty is also a love-in that practices Leo Bersani’s impersonal narcissism. It wants the shock of the touch of everyone’s dirtiness, but without any claims. Except on the future. You say you love the earth? Well, you need to get dirty, then. And tell others how to do it, too.

Go to Keep It Dirty » 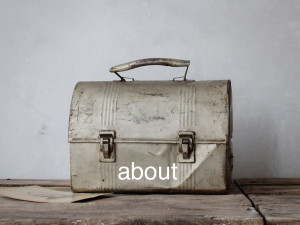 Breakfast is basic. Dinner, an event, often shared, a date, a family, full plates and conversation. Let’s think about lunch and reading. The books, the poems, the essays, the films, the albums we love. Let’s think about both adoration for these texts and critique: responses somewhere between memoir and review. Let’s linger, though maybe we shouldn’t. Let’s do lunch. Lunch is Punctum Book’s forum for askew reviews: love letters, personal essays, poems, pictures, and art about texts that make you stay for dessert. Scholarly meanderings that do not push the personal aside, but instead, enfold the experiential into the analytical. Think Susan Sontag. Think Wayne Kostenbaum. Think you and us and lunch. We invite submissions potluck style: essays of fewer than 2,000 words; poems, formal and free-verse and experimental; art that can be linked to or turned into a .jpg.

The editors of N&N maintain that identity and meaning were not determined by fixed sets and integers, but by a complex network of interrelated signs. In practice, this suggests that a single person within their personal world could have traveled within various worlds and realities, identifying with various neighbours at even single overlapping points of identity; one did not encounter another as a fixed category, either of ‘self’ or ‘other.’ Therefore, ‘network’ here does not mean a fixed identifier, a singularizing category, but refers to the complex ways that individuals, groups, institutions et cetera constructed self-considered, coherent and singular existences from the multiplicity of mental activity, perceptions, ideas, and the varying confrontation with images, physical and non-human being, languages, sounds, senses, ‘discourses’ and all else that was life in the period.  This, then, is how the journal would like to make sense of the concepts of ‘continuity’ and ‘change,’ particularly as they happened ‘on the ground.’ The journal is interested in work that undertakes serious reconsideration and re-presentation (via text, image or sound) of the historical sources, patterns, inventions, representations and historiographies about early medieval worlds.

O-Zone: A Journal of Object-Oriented Studies is a peer-reviewed, open-access, and post-disciplinary journal devoted to object-oriented studies, both situated within and traversing the humanities, sciences, social sciences, and the arts. The journal aims to cultivate current streams of thought already established within object-oriented studies, while also providing space for new pathways along which disparate voices and bodies of object-oriented knowledges might encounter, influence, perturb, and motivate one another.

Located within a post-Kantian philosophical outlook, where everything in the world, from the smallest quarks to lynxes to humans to wheat fields to machines and beyond exist on an equal ontological footing, O-Zone: A Journal of Object-Oriented Studies invites new work that explores the weird realism, thingliness, and life-worlds of objects. Possible methodological approaches and critical modes might include: actor-networks, unit operations, alien phenomenology, agentic drift, onticology, guerrilla metaphysics, carnal phenomenology, ontography, agential realism, cosmopolitics, panpsychism, insect media, posthumanism, flat ontology, dark vitalism, prosthetics, territorial assemblage, vibrant materialism, dorsality, distributed intelligence, dark ecology, hyperobjects, realist magic, post-continuity, and other paradigms for object-oriented thought still coming into being and yet to be articulated. 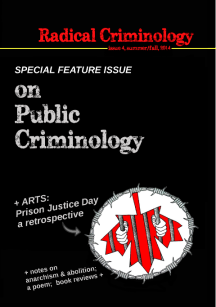 In this period of state-sponsored austerity and suppression of resistance there is a great need for criminologists to speak out and act against state violence, state-corporate crime, the growth of surveillance regimes, and the prison-industrial complex. Criminologists also have a role to play in advancing alternatives to current regimes of regulation and punishment. In light of current social struggles against neo-liberal capitalism, and as an effort to contribute positively to those struggles, the Critical Criminology Working Group at Kwantlen Polytechnic University in Vancouver has initiated Radical Criminology. This is not simply a project of critique, but is geared toward a praxis of struggle, insurgence and practical resistance.

Speculations: A Journal of Speculative Realism

Speculations: A Journal of Speculative Realism hopes to provide a forum for the exploration of speculative realism and post-continental philosophy. To paraphrase a traditional Zen saying, before philosophy there are mountains and rivers, whilst doing philosophy mountains and rivers disappear, but when philosophical dogmatism is replaced by speculation the mountains are once again mountains and the rivers once again rivers. To speculate is an intrinsically dynamic activity. It’s a creative moment of thought wherein new ideas are put to the test and new concepts are tentatively forged. Our aim is to facilitate discussion about ongoing developments within speculative realism. The journal is open access and peer-reviewed. We accept short position papers, full length articles and book reviews.