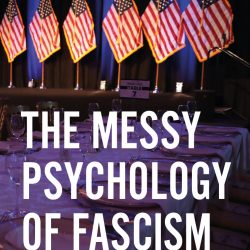 This is a time of fascism. Beyond actual ruling governments, fascist movements have mobilized openly in virtually all of the Western countries where so-called liberal democratic government supposedly prevails—Australia, Canada, England, France, Greece, Italy, Norway, the United States—to name only a few. In the US, of course, the figure of Trump has provided a concentration[…]