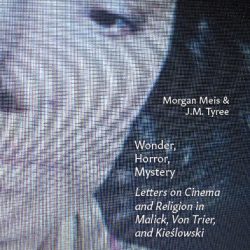 Wonder, Horror, Mystery is a dialogue between two friends, both notable arts critics, that takes the form of a series of letters about movies and religion. One of the friends, J.M. Tyree, is a film critic, creative writer, and agnostic, while the other, Morgan Meis, is a philosophy PhD, art critic, and practicing Catholic. The[…]