by Eileen A. Joy and Vincent W.J. van Gerven Oei 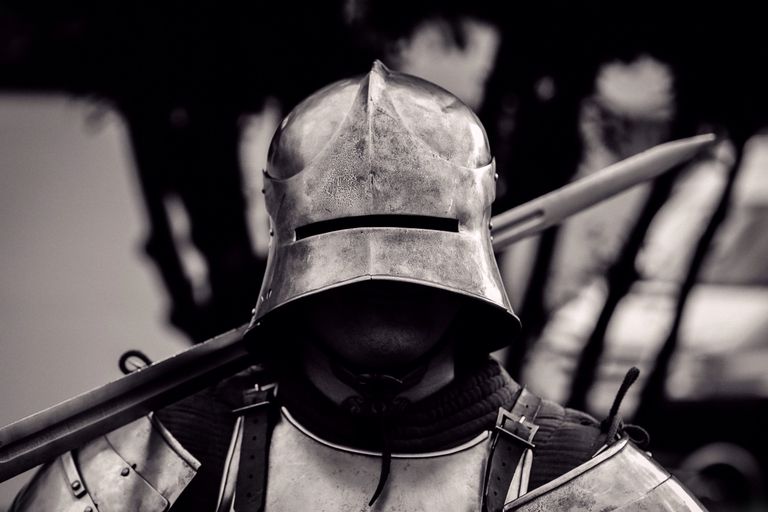 …it’s dark in here…can someone turn on the lights…is it still the Dark Ages?

“I can no longer participate in nor support the International Congress on Medieval Studies, [at] Kalamazoo. While performing a seemingly virtuous commitment to academic freedom, the actions of this organization’s leadership not only silence marginalized voices but also enable racially-based harassment. More than one organization whose intellectual profile reflects a commitment to politically progressive critical theory along with social and racial justice has found its voice minimized in the planning for next year’s conference. In what follows, I address this issue regarding one such organization. But I additionally point out that an environment permitting such minimization also facilitates harassment and potential harm. It is an environment entirely inimical to genuine academic freedom.”

“Now is an urgent, contested time in medieval studies and in the world at large….Responding to the field’s evolution would mean acknowledging its heightened interest in the perspectives of scholars of color and creating space for these underrepresented voices.”

The Directors of punctum books, Eileen A. Joy (also a member of the Steering Committee of the BABEL Working Group) and Vincent W.J. van Gerven Oei (also a member of Medievalists of Color), would like to signal their support of the BABEL Working Group’s Open Letter of Concern to the leadership of the International Congress on Medieval Studies held on the campus of Western Michigan University (Kalamazoo) every May — which letter was prompted by two concerns relative to the programming for the 2019 Congress: that there “seems to be a bias against, or lack of interest in, sessions that are self-critical of medieval studies, or focused on the politics of the field in the present, especially relative to issues of decoloniality, globalization, and anti-racism. The second is that there is a profound lack of transparency around the process by which ICMS programming decisions are made, an opacity that is out of line with the norms of academic conferences and harmful to ongoing conversations in the field.” PLEASE read the Open Letter below and also follow the link above (and below the Letter) to add your signature as a someone who shares our concerns.

This is a statement of concern regarding some of the programming decisions for 2019’s ICMS / Kalamazoo as well as how those decisions have been made. The letter was drafted by the Steering Committee of the BABEL Working Group and then opened for others to sign.

We have two concerns. The first is that there seems to be a bias against, or lack of interest in, sessions that are self-critical of medieval studies, or focused on the politics of the field in the present, especially relative to issues of decoloniality, globalization, and anti-racism. The second is that there is a profound lack of transparency around the process by which ICMS programming decisions are made, an opacity that is out of line with the norms of academic conferences and harmful to ongoing conversations in the field.

REGARDING A BIAS AGAINST CRITICAL REFLECTIONS ON MEDIEVAL STUDIES

The Medieval Institute has shared a wealth of information with us about the sessions accepted and rejected from this year’s conference; we appreciate that act of openness. Many timely and important sessions have been accepted, as the CFP indicates (https://wmich.edu/medievalcongress/call). However, we are also distressed by the rejection of many urgently relevant proposals.

Here is an incomplete list of sessions rejected for ICMS / Kalamazoo 2019, which, in their aggregate, concern us:

That so many proposed sessions (accepted and rejected) manifested a clear interest in medieval race, globality, and public-facing scholarship suggests precisely that these topics should not be explored only once – or by only one organization – per conference. Their pervasiveness among proposals implies the urgency with which they currently occupy scholars in the field, and the voices addressing these topics should reflect a commitment to genuine inclusivity and even productive dissensus.

REGARDING THE LACK OF TRANSPARENCY

Who makes these programming decisions? The process is a black box. Here is how the constitution of the programming committee is described: The “Medieval Institute has a Congress Committee whose composition is and has been mutable and confidential, mutable because of fluctuations in demands during the 15-month process of organizing each Congress and confidential in order to maintain fairness and consistency, as well as to shield these unremunerated scholars from work beyond that for which they have volunteered” (https://wmich.edu/sites/default/files/attachments/u434/2017/medieval-academic-program-2018.pdf). In private discussion, we have learned that these decisions, about accepting and rejecting sessions, tend to be made by only 2 or 3 people, all of whom are employees or members of the Institute.

We would like to stress that the process of choosing sessions for ICMS is in sharp contrast to the process used by most academic conferences, for which the names of the programming committee members are known (and the list can be considered in terms of basic issues of representation, for gender, race, field, and professional identity); the programming committee changes (in part) from year to year; and (in many cases) the committee is appointed by officers that are elected or (at a minimum) selected according to publicized criteria. For examples which evidently work well, see the Medieval Academy of America Annual Meeting or the biennial meeting of the New Chaucer Society. None of these basic standards of transparency – and thus also standards of diversity and inclusion – are met for ICMS / Kalamazoo.

On the website for the ICMS, the Institute describes itself as the “host” of the Congress, and we ask that the organizers reflect anew on their role of hospitality and guardianship. We understand that the annual Congress is under the umbrella of the Medieval Institute at Western Michigan University and that the Institute has a right to influence the Congress’s programming. Yet the Congress is also a collectively created event, fashioned from thousands of participants’ intellectual, organizational, and affective labor each year. We admire the Kalamazoo conference for the ways that, over the years, it has made room for so many diverse groups and types of sessions, and has often modeled a capacious embrace of difference within the field. It is time for that collective diversity to have a stronger and more explicit role in decision-making for the Congress.

The ICMS’s lack of transparency around programming decisions can be changed right away. There are hundreds of working conference-committee models out there, and dozens from conferences as big as ICMS. We recognize that an increase in transparency and inclusive decision-making will place demands on the community of Kalamazoo participants – but the collective enthusiasm and commitment that characterizes this community make us confident that numerous individuals, from outside of the Institute, including some of our steering committee and larger membership, will be willing work on behalf of a more representative, transparent, and inclusive conference governance.

WHAT WE WANT AND WHY

Now is an urgent, contested time in medieval studies and in the world at large. What may look like duplicate sessions to the current small group of decision-makers are, for others, urgently different conversations that need to happen for the field to be inclusive and to move forward. Decisions that seem in favor of “academic freedom” or “fairness” to the current small group of decision-makers, for others, reinforce structural inequalities. While a degree of trust is required for any conference committee to function, that committee ought to be constituted in such a way that it merits such trust and is responsive to the changing priorities of conference-goers. This year illustrates the risks of the black-box model. We should stress here that we have no interest in “outing” current decision-makers in order to excoriate or embarrass them. We only want to move forward to greater inclusion and transparency.

We respectfully ask for the following:

As a gesture toward addressing inclusion and diversity at ICMS 2019, we ask that Medievalists of Color be given the option — should they choose upon deliberation to exercise it — of reinstating at least 2 co-sponsored panels of their choice (of the 4 rejected). Responding to the field’s evolution would mean acknowledging its heightened interest in the perspectives of scholars of color and creating space for these underrepresented voices.

To address the lack of transparency that characterizes the ICMS conference committee, we request (at a minimum) that the committee be changed to include a non-anonymous and rotating set of members, at least some of whom are from outside the Institute.

Without these two changes, we as a sponsoring organization cannot continue supporting the Congress as before. Over the years, BABEL has poured time, money, and intellectual and social energy into ICMS / Kalamazoo. We have organized and funded some of its biggest social events at Bell’s Brewery and elsewhere in downtown Kalamazoo, we have paid roughly $1000/year to WMU to host our annual, on-campus reception (in collaboration with The Material Collective, which supports this letter), and we have crowd-funded and administered the awarding of the Paxson Grants, which have provided thousands of dollars to support conference participation by scholars of limited funds (see http://www.inthemedievalmiddle.com/2018/04/2018-paxson-grant-winners.html). If ICMS chooses not to recognize the special urgency of supporting the Medievalists of Color this year, and if there is no movement to greater transparency for the Congress Committee, the BABEL Working Group does not anticipate putting more of our collective resources into the Congress. While individual members of BABEL may attend the 2019 Congress, we, as a group, plan to withdraw our resources and sponsorship, at least for 2019.

Given the current political climate here in the US and abroad – relative, especially, to a resurgence in hate crimes, especially on university campuses, as well as the return of virulent forms of ethno-separatist and isolationist nationalisms, along with the banner of “academic freedom” now being used to shield and protect scholars and others who espouse them, we implore the Congress Committee to work together with us to ensure that the discipline of medieval studies will act as a site of resistance to, and also refuge from, these darker forces. We thank you in advance for your gracious attention to our letter and we invite any and all reading this letter to add their support of our letter of concern below in the Signatures section.

*on behalf of the Steering Committee of the BABEL Working Group

Go HERE to add your signature as someone who shares the concerns of this Open Letter.