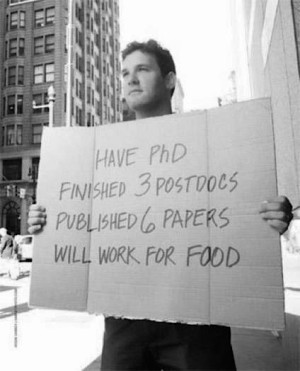 It’s a brand new world, this, where academics finally agree to stand in solidarity with the workers who keep their enterprise running, hopefully in terms shorn of the usual affective talk about the sheer saltiness and heroism of “ordinary workers” that is cringe-inducing, counterproductive, condescending, and anti-intellectual.  The Subconference committee members I spoke to are able to hold and put forth the contradictions presented by the university and see them through to their ends, logical or not.  This might, as the members put it, mean the end of the university entirely or as we know it, or it might mean that it becomes a transitional or permanent space that opens up the resources it hoards so avariciously, like library holdings and knowledge production, and returns them to the cities and towns that help sustain such exclusionary systems, with nothing offered in return.

The BABEL Working Group, Punctum Books + Records, and Studium in Austin, Texas are excited to collaborate with the MLA Subconference by hosting their 3rd annual meeting at Studium January 6-7, 2016, which abuts the annual meeting of the Modern Language Association, being held January 7-10, 2016 in Austin, Texas. The MLA Subconference, in their own words, “is an independent and evolving group of graduate students and adjunct faculty in the humanities who are interested in creating a new kind of conference environment, in order to propose alternative professional, social, and political possibilities for ourselves and our peers. We see both the committee and the conference as an open, collective endeavor that will work collaboratively with and outside more formal academic networks.” In addition, they “are are an experimental gathering who seek to imagine ways of opening up our profession through new strategies of response.” [See an article by Rebecca Schuman in Slate about the group HERE, and a blog post on the group by Yasmin Nair HERE.]

The theme for the 2016 Subconference is “Between the Public and its Privates,” and we share the Call for Papers here and invite one and all to consider attending if you will happen to be in Austin this coming January and if you want to collaborate with those who are seeking new ways to both re-inhabit and disrupt what Bill Readings once referred to as the “university in ruins” —

Between the Public and Its Privates

Today it seems almost impossible to point to the public without uncovering its uncanny twin — the private. Consider Google’s Hangout, a competitor with Skype, which is privatized software but sounds open and accessible; Google Books, an intermingling of private technology and the public domain; the channeling of tax dollars to everything from private ambulance services to charter schools; and the unforgettable Kraft Macaroni & Cheese sculpture that graced the University of Michigan’s stadium for a brief stint. The third year of the MLA Subconference seeks to locate how the notion of the “public” often hides its secret promiscuity with the private. We turn to the public and its privates not simply to critique their intimacy but also to seek other modes of study, such as those found in the commons, obscured by hard and fast public/private distinctions.

In response to neoliberal attacks upon education and the lingering protections of the declining welfare state across the nation and globe, many advocates have seen the public realm as the primary battleground of our times. In taking this position, defenders of the public equate it with the proletariat, radical horizontality, shared intellectual resources, and diversity across multiple vectors. Others have questioned these equations , calling attention, instead, to the violences and exclusions that traverse the public terrain and the racist and heteronormative policies that have traditionally defined it. Instead, decolonial, anti-capitalist, and anti-racist organizations and political engagements like the Black Lives Matter Movement; Boycott, Divest, Sanction; Strike Debt; and Reclaim UC increasingly engage the concept of the public in order to provoke intentional divisions within the category itself.

Given the rise of the public alongside the rise of mass education and literacy it is impossible to separate such political questions from our concerns as scholars and teachers, even if mass education is not reducible to a product of the public sphere. Indeed, we continue to be indebted today to autonomous, subversive, domestic and underground spaces of study and learning, which have always been necessary to the education of subjects excluded from that sphere. Free schools, Blank Panther education projects, deschooling, indigenous language study, and mutual aid networks have so frequently filled the gaps of public services that they easily become elided as hobbies or individual projects, rather than being recognized as crucial collectives of social support. Such spaces can be understood to operate in a commons that extends below or beside the public. They make room for us to inquire into reading as a political, even a militant, project of self-care and self-organization that must be continuously nurtured.

We ask participants of the Subconference this year to take up the critical challenge of the public, considering which aspects of privatization — such as surveillance, enclosure, land occupation, and gentrification, among others — produce certain publics as a necessary entity in need of protection at the expense of the privations of others. At the same time, we take seriously the productive tension of the term “privation,” from which the private derives. As the Subconference attempts to highlight in the context of higher education, there are always non-monetary resources such as divergent modes of sociality, shared parenting and housing, communal kitchens, fugitive conversations, stolen wifi, free printing access and so on, that abound in those very communities marked as sites of impoverishment and precarity. In what ways do these surpluses hideout between the logic of privatization and defense of the public, and what can we gain by making them our focus?

By playing upon the geographic, political, sexual, civil, economic, and educational resonances of the terms “public” and “private,” we ask how historically accurate it is to ground our activism and scholarship in one or many various publics today given current economic realities. We ask contributors and participants to consider the following questions:

In keeping with our continued attempts to challenge traditional modes of conference decorum, we encourage hands-on workshops, strategy sessions, and collective presentations rather than individual papers. Such sessions might include workshops on leading free school or autonomous study programs, interactive sessions that draw from artistic, ethnographic or theatrical practice, collaborative brainstorming projects, cartography workshops, or any range of other engaged and participatory frameworks.

Please submit abstracts of 500 words or less to papers@mlasubconference.org by Friday, October 16th, 2015.