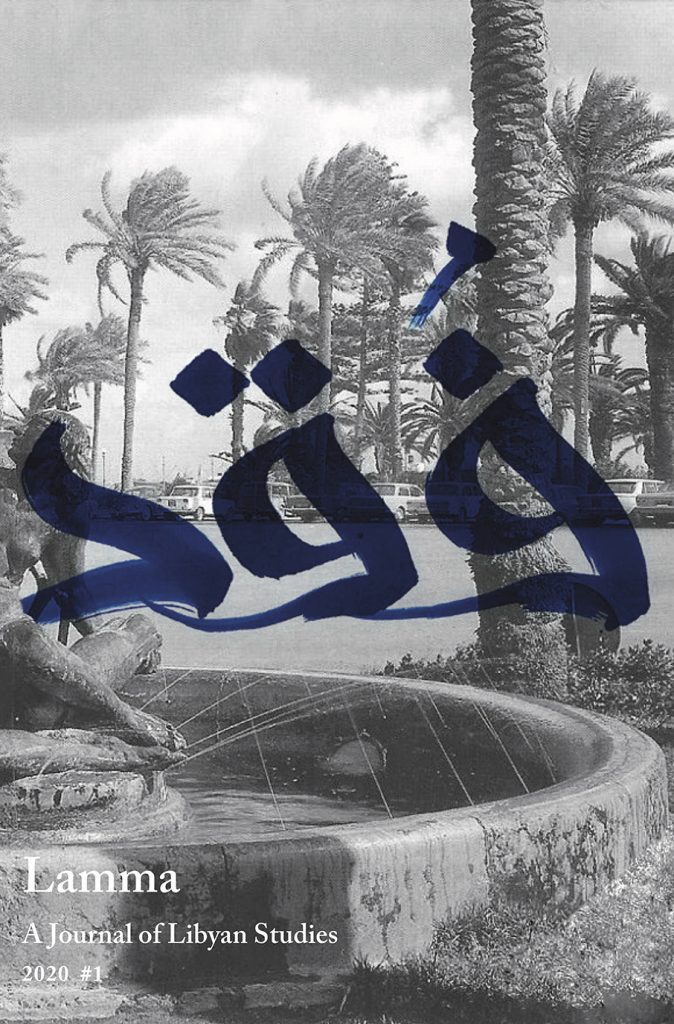 Lamma aims to provide a forum for critically understanding the complex ideas, values, social configurations, histories, and material realities in Libya. Recognizing, and insisting on, the urgent need for such a forum, we give attention to a wide a range of disciplines, sources, and approaches, foregrounding especially those which have previously received less scholarly attention. This includes, but is not limited to: anthropology, art, gender, history, linguistics, literature, music, performance studies, politics, religion, and urban studies, in addition to their intersections, their subfields, the places in between, and critical, theoretical, and postcolonial approaches thereto. Lamma is a space where these fields can interact and draw from one another, and where scholars and students from inside and outside of Libya gather to redefine and reshape “Libyan Studies.” We believe that access to research is not the privilege of a few but the right of all and that knowledge production should be inclusive. For these reasons the journal takes its name from the Arabic word lamma, “a gathering.”

This first issue of Lamma brings together academic research, cultural commentary, literature, and translation. It aims to show some of the possible varieties of research on Libya, from history and literature to sociolinguistics, gender studies, and more. But, perhaps more importantly, it aims to show that the efforts of academic researchers, cultural actors, writers, translators, and even artists are not separate endeavors but rather intertwined. By bringing these efforts together in one forum, we hope to set them in fruitful dialog with each other—and thus begin to complexify the notion of “Libyan Studies.”

Lisa Anderson – “A Pool of Water: Perspectives on the Libyan Revolution”

Adam Benkato teaches in the Department of Near Eastern Studies at the University of California, Berkeley. His research focuses on linguistics and philology, primarily of Arabic in North Africa and of Iranian languages. He holds an MA and PhD from the School of Oriental and African Studies and and a BA from the University of Southern California.

Amina Zarrugh is an Assistant Professor of Sociology at Texas Christian University. Her research focuses on politics and forced disappearance in North Africa and race/ethnicity in the U.S. She completed her BA in sociology and government and her MA and PhD in sociology at the University of Texas at Austin.

Leila Tayeb is Stanford Taylor Postdoctoral Associate of Music and Islam in the Contemporary World at Cornell University. Her research centers on performance and politics in Africa and the Middle East with a primary focus in contemporary Libya.