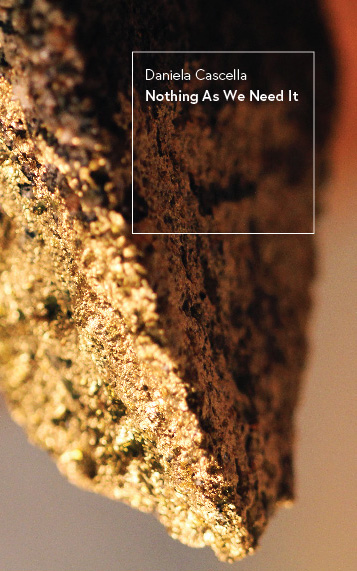 Nothing As We Need It imagines and writes a composite and impure form of criticism that embodies the writing of research as recursive, entangled, and many-voiced.

Shaped by encounters with literature not translated in English, by the polyphonies, artifices, and concealments of a bilingual self, and by the sense of speechlessness and haunting when writing of works that cannot be instantly quoted, this book’s subtitle derives from the mythological Chimera: a monstrous creature made of three different parts, impossible in theory but real in the imagination and in the reading of the myth. Similarly the book is written in different styles, some of which may seem impossible, monstrous, and disturbing. It manifests critical writing as enmeshment and conversation with its subject matters; favours impurity rather than detachment; embraces exaggeration, repetition, laughter, and self-parody as legitimate forms of knowledge. Yet a chimera also designates the object of a yearning deemed unattainable: this book exists in the space of such yearning, in the tension between words and what exceeds them, their overtones. The critic is exhausted by yearning, rather than the owner of exhaustive knowledge.

A Menippean satire for critical writing, Nothing As We Need It sustains its argument for composite and impure writing in its form. It demands ways of reading equally varied, and wildly imaginative. Listening to literature beyond the limits of textual analysis, it dismisses the visual implications of reflection, which assumes detachment and polished surfaces, in favour of an aural method of resonance, allowing enmeshment and interference. This books unsettles language, welcomes uninhibited exaggeration and wordplay, and manifests possibilities for working with citation beyond the boundaries of inverted commas.

Daniela Cascella is an Italian–British writer working in literature, sound studies, and art for the last twenty years. Since she switched from Italian to English she has been developing a longstanding inquiry into the formal and theoretical implications of writing as a stranger in a language. This has resulted primarily in three books that articulate tensions and points of contact between the sonic and the literary, and propose a range of approaches to creative-critical writing through experiments with form and voice: Singed: Muted Voice-Transmissions, after the Fire (Equus Press, 2017), F.M.R.L.: Footnotes, Mirages, Refrains and Leftovers of Writing Sound (Zero Books, 2015), En Abime: Listening, Reading, Writing. An Archival Fiction (Zero Books, 2012). In addition to these she has written essays and reviews for publications such as The Los Angeles Review of Books, The Wire, Music and Literature, Gorse, Minor Literature[s], and 3:AM Magazine. She has collaborated with artists and musicians, spoken at conferences, and lectured internationally, at the Glasgow School of Art, Café Oto London, Oxford University, Piet Zwart Institute Rotterdam, Goldsmiths University of London, The Royal College of Art London, Copenhagen University, and Lydgalleriet Bergen, among others. More details can be found at www.danielacascella.com.

One thought on “Nothing As We Need It”