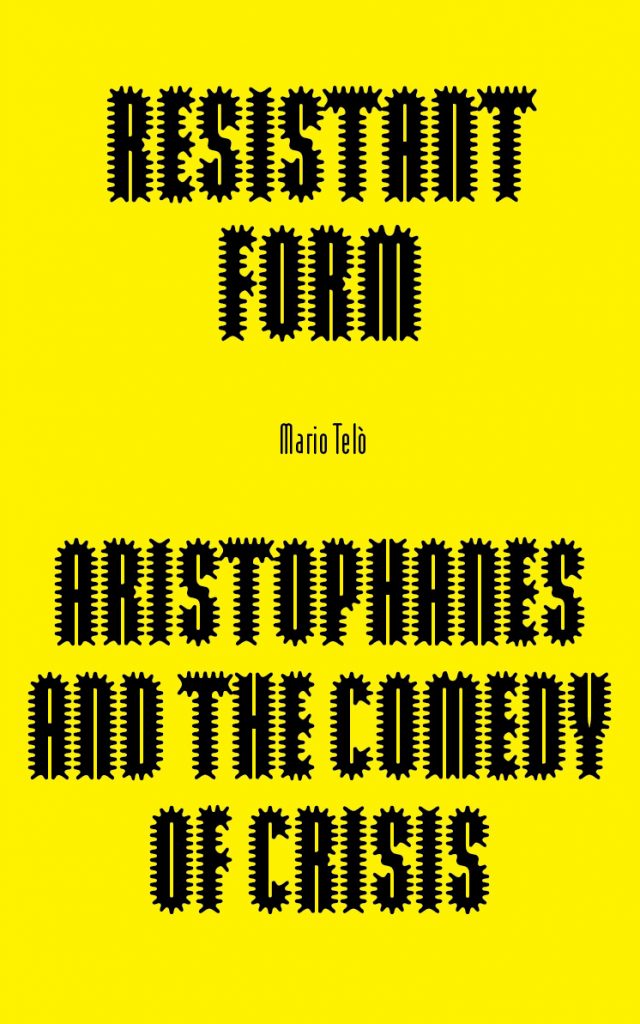 Can attending to poetic form help us imagine a radical politics and bridge the gap between pressing contemporary political concerns and an ancient literature that often seems steeped in dynamics of oppression?

The corpus of the fifth-century Athenian playwright Aristophanes includes some of the funniest yet most disturbing comedies of Western literature. His work’s anarchic experimentation with language invites a radically “oversensitive” hyperformalism, a formalistic overanalysis that disrupts, disables, or even abolishes a range of normativities (government, labor, reproduction, gender). Exceeding not just historicist contextualism, but also conventional notions of laughter and the logic of the joke, Resistant Form: Aristophanes and the Comedy of Crisis uses Aristophanes to fully embrace, in the practice of close or “too-close” reading, the etymological and conceptual nexus of crisis, critique, and literary criticism. These exuberant readings of Birds, Frogs, Lysistrata, and Women at the Thesmophoria, together with the first attempt ever to grapple with the comic style of critical theorists Gilles Deleuze, Achille Mbembe, and Jack Halberstam, connect Aristophanes with contemporary discourses of biopolitics, necrocitizenship, care, labor, and transness, and at the same time disclose a quasi- or para-Aristophanic mode in the written textures of critical theory. Here is a radically new approach to the literary criticism of the pre-modern — one that materializes the circuit of crisis and critique through a restless inhabitation of the becomings and unbecomings of comic form.

Mario Telò is a Professor of Classics, Comparative Literature, and Critical Theory at University of California, Berkeley. He is the author of Aristophanes and the Cloak of Comedy: Affect, Aesthetics, and the Canon (Chicago, 2016) and Archive Feelings: A Theory of Greek Tragedy (Ohio State, 2020), and also the co-editor of The Materialities of Greek Tragedy (Bloomsbury, 2018) and Queer Euripides (Bloomsbury, 2022). A monograph entitled Greek Tragedy in a Global Crisis: Reading through Pandemic Times will appear with Bloomsbury in 2023.