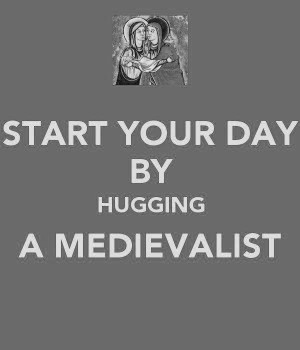 Responses to the website of prominent Anglo-Saxonist Allen Frantzen (Loyola University, Emeritus) have generated a wide conversation, centering especially on the need for what we might call ‘truth and reconciliation’ in the field of academic medieval studies, conducted in person, by phone, and on social media (which was also partly sparked by coverage of this story in The Chronicle of Higher Education), about the ways in which our academic culture — and even our learned societies — have for too long tacitly (or even explicitly) tolerated psychic and sexual harassment and other abusive behaviors.

The Medieval Academy of America’s (MAA) statements on harassment and bullying testify eloquently to the commitment of its membership, and its leadership, to end that culture of abuse, but more needs to be done. Silence or failure to act will further marginalize those who have had to endure these violations of trust. We the undersigned of this letter would thus like specifically to request that the MAA issue a public statement before the conclusion of the February 2016 meeting in Boston reaffirming our commitment to creating and maintaining a culture that does not tolerate harassment, bullying, or other forms of abuse. It is not enough to simply have these policies on the webpage: this commitment must be visible, it must be inclusive, and it must be a part of our activities in the annual conference of the membership. This might be carried out as a forum of some kind at the upcoming meeting in February, and should also include a follow-up event at the annual meeting in April 2017 at the University of Toronto.

The Letter of Concern, authored by Suzanne Conklin Akbari (Centre for Medieval Studies, University of Toronto), Jonathan Hsy (George Washington University), Eileen Joy (BABEL Working Group + punctum books), and Alex Mueller (University of Massachusetts, Boston), and with 234 additional signatories, was delivered by Suzanne Conklin Akbari to Barbara Newman (Northwestern University), current President of the MAA, at 11:00am on Monday, February 1, 2016, and can be accessed HERE. The initial response of the Medieval Academy of America, in which they express that, during their upcoming meeting, they will consider for approval a resolution regarding respect for diversity, inclusion, and academic freedom can be accessed HERE.

Sincere thanks and gratitude are offered to the Medieval Academy of America for this extremely hopeful first step. We believe in you, MAA, and we want to stand in solidarity with the Medieval Academy as a show of faith in the Academy’s willingness to help us to effect real transformational change in our field with regard to psychic and other forms of abuse, institutional elitism, professional hazing, and various forms of mistreatment of some of our brightest (and most vulnerable) scholars because they are women, queers, “of color,” trans-, and/or differently-bodied in any number of ways. As a demonstration of this faith, then, in the Medieval Academy, and regardless of how this “forthcoming statement” ultimately turns out, the BABEL Working Group has made a donation today of $250 to the MAA’s operating budget, and we are encouraging our friends and colleagues who may have let their MAA memberships lapse in the past few years (for various reasons) to re-join the MAA as a further show of hopeful faith in an organization that provides advocacy and support for all medievalists working and professing in north America and beyond.

Vive la Medieval Studies! And Vive les Medievalists wherever they gather to profess their vocation, and to do so with the intention of always lovingly mentoring and cultivating the most vulnerable members of our field!