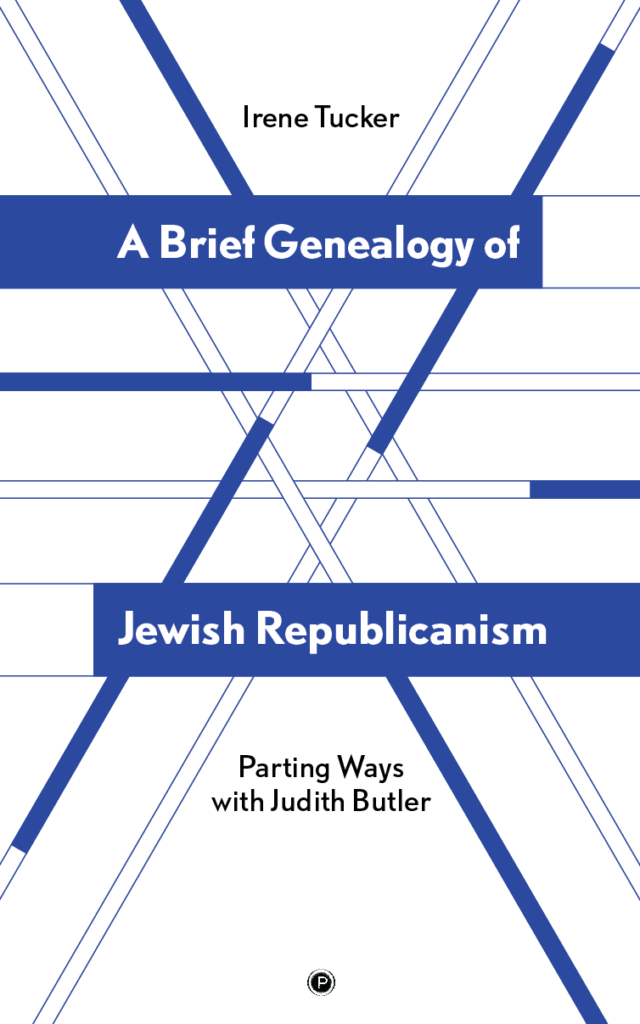 A Brief Genealogy of Jewish Republicanism: Parting Ways with Judith Butler uses the chance synchronicity of the 2013 Israeli parliamentary elections and literary theorist Judith Butler’s controversial Brooklyn College address calling for the boycotting of Israeli academic, cultural, and economic institutions as an occasion for examining possible relations between Jewishness and state-centered forms of self-governance. In an extended analysis of Butler’s Parting Ways: Jewishness and the Critique of Zionism, Tucker shows how the alignment of certain authors’ identities and ideas undergirding Butler’s analytical framework draws upon a pointedly Christian conception of belief. This Christian conception of belief structures the most familiar understandings of modern secularism, articulated most famously by John Locke in his “Letter Concerning Toleration.” Tucker reads Locke’s “Letter”’ alongside Jewish philosopher/rabbi Moses Mendelssohn’s 1783 critique of Locke, Jerusalem: Or On Religious Power and Judaism, and the Jewish tradition of the minyan, making a case for the existence of an alternative history of publicness borrowing from Jewish conceptions of communal life and the proper relations of actions and ideas.

In throwing light on a genealogy of Jewish practices aimed at the deliberate creation of collectives constituted by their grappling with contingent, historical time, Tucker argues for the existence of a Jewish tradition of republicanism, of democracy. Within such a context, the Jewishness of Israel can be seen to lie first and foremost in its methods of generating a civil collective out of a diverse citizenry rather than in the identities of its individual citizens. The tradition Tucker has in mind explicitly uses an idea of ritual or “ceremonial law” to sustain within itself a tension between a heterogeneity of perspectives and interests constitutive of democratic process and the forms of unity and agreement often understood to be the desired outcome of that process. By setting forth a framework in which heterogeneity and agreement are conceived as coincident modes of political being rather than steps in a linear process, this “Jewish republicanism” frames law-making, implementation and following as forms of a single structure of ritual practice. Such a framework might provide the inspiration and authority for reconceiving some of the fundamental relations of the Zionist project.

Irene Tucker, a professor of English at University of California, Irvine, is currently at work on a collection of essays exploring conceptions of the relations of culture and state sovereignty in Israel and contemporary Jewish life. She is the author of two previous books, The Moment of Racial Sight: A History (2012), which investigated the connections of race, history of medicine, and 18th and 19th century European philosophy and literature, and A Probable State: The Novel, the Contract and the Jews (2000), which made a case for the links of liberalism, nationalism and the form of the realist novel in 19th-century British novel, as well as in the early Hebrew novel. Before coming to UC Irvine, Irene Tucker was a faculty member in the English departments at Johns Hopkins University and Duke University.