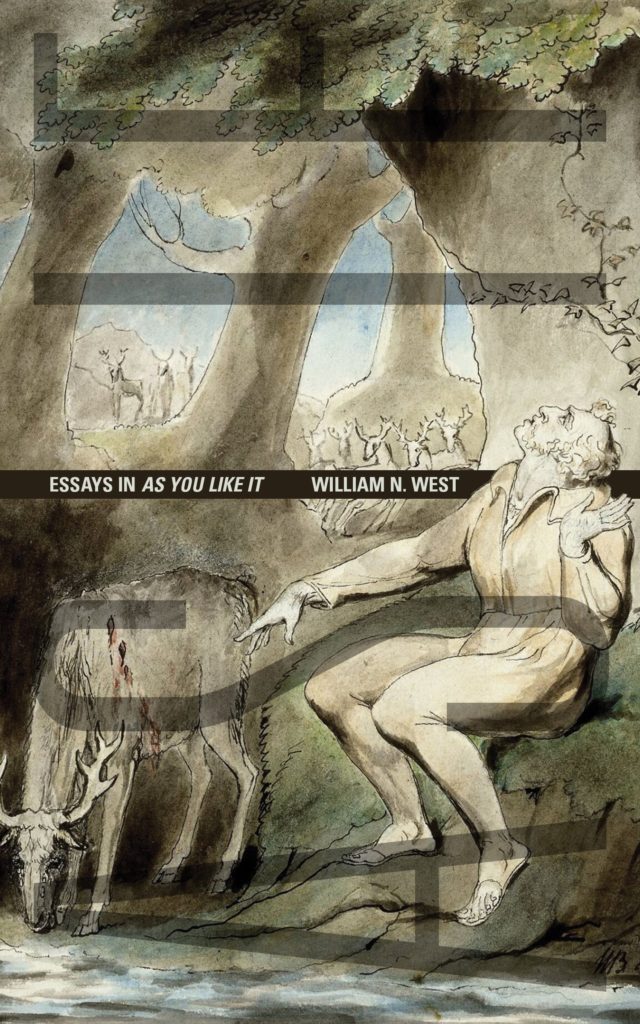 Shakespeare’s As You Like It is a play without a theme. Instead, it repeatedly poses one question in a variety of forms: What if the world were other than it is? As You Like It is a set of experiments in which its characters conditionally change an aspect of their world and see what comes of it: what if I were not a girl but a man? What if I were not a duke, but someone like Robin Hood? What if I were a deer? “What would you say to me now an [that is, “if”] I were your very, very Rosalind?” (4.1.64-65). “Much virtue in ‘if’,” as one of its characters declares near the play’s end; ‘if’ is virtual. It releases force even if the force is not that of what is the case. Change one thing in the world, the play asks, and how else does everything change?

In As You Like It, unlike Shakespeare’s other plays, the characters themselves are both experiment and experimenters. They assert something about the world that they know is not the case, and their fictions let them explore what would happen if it were—and not only if it were, but something, not otherwise apparent, about how it is now. What is as you like it? What is it that you, or anyone, really likes or wants? The characters of As You Like It stand in ‘if’ as at a hinge of thought and action, conscious that they desire something, not wholly capable of getting it, not even able to say what it is. Their awareness that the world could be different than it is, is a step towards making it something that they wish it to be, and towards learning what that would be.

Their audiences are not exempt. As You Like It doesn’t tell us that it knows what we like and will give it to us. It pushes us to find out. Over the course of the play, characters and audiences experiment with other ways the world could be and come closer to learning what they do like, and how their world can be more as they like it. By exploring ways the world can be different than it is, the characters of As You Like It strive to make the world a place in which they can be at home, not as a utopia—Arden may promise that, but certainly doesn’t fulfill it—but as an ongoing work of living. We get a sense at the play’s end not that things have been settled once and for all, but that the characters have taken time to breathe—to live in their new situations until they discover better ones, or until they discover newer desires.

As You Like It, in other words, is a kind of essay: a set of tests or attempts to be differently in the world, and to see what happens. These essays in As If: As You Like It, originally commissioned as an introductory guide for students, actors, and admirers of the play, trace the force and virtue of some of the claims of the play that run counter to what is the case—its ‘ifs.’

William N. West is Associate Professor of English, Classics, and Comparative Literary Studies at Northwestern University, where he is also chair of the Department of Classics and co-editor of the journal Renaissance Drama. He is co-editor (with Helen Higbee) of Robert Weimann’s Author’s Pen and Actor’s Voice: Writing and Playing in Shakespeare’s Theatre (Cambridge, 2000) and (with Bryan Reynolds) of Rematerializing Shakespeare: Authority and Representation on the Early Modern Stage (Palgrave, 2005). In addition to his book Theatres and Encyclopedias in Early Modern Europe (2002), he has recently published articles on Romeo and Juliet’s understudies, irony and encyclopedic writing before and after the Enlightenment, Ophelia’s intertheatricality (with Gina Bloom and Anston Bosman), humanism and the resistance to theology, Shakespeare’s matter, and conversation as a theory of knowledge in Browne’s Pseudodoxia. His work has been supported by grants from the NEH and the Beinecke, Folger, Huntington, and Newberry libraries. Current research projects and interests include understanding and confusion in the Elizabethan playhouses, humanism and inhumanism in the philology of Angelo Poliziano, and a Renaissance prehistory of aesthetics.