Gaffe/Stutter is a dead letter to Deleuze’s Logic of Sense. It began as a series of diagrams, two-dimensional memory palaces that sketch the vectors of each chapter’s paradox; it became an elaborate plan for a web-based diagrammatic (r)e(n)dition of Logic of Sense, built on zoomable, annotatable high-resolution scans of these diagrams. Conceived as an anti-book — a visual reading schematic — this project eschews the line of text in favor of regimented grids, the ink-soaked grain of the remediated pen over the laser-burned face of print; playful reaction rather than academic protraction. This is not an analogy, or a product of the imagination, Gilles Deleuze and Felix Guattari would write in A Thousand Plateaus, but a composition of speeds and affects on the plane of consistency: a plan(e), a program, or rather a diagram, a problem, a question-machine. 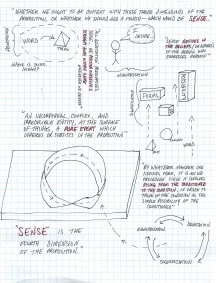 It ended as a directory of inert jQuery demos and digital scans: an image of Trafalgar Square at dusk, annotated with the words “Flag,” “Small people on the steps,” “A Statue,” and “National Gallery Dome”; an empty html file titled ‘delete.html’. The visitor who may happen to wander onto the website where these project demos are stashed would find herself stuck on Deleuze’s definition of a paradox as initially that which destroys good sense as the only direction of becoming, but also that which destroys common sense as the assignation of fixed identities. From a series of diagrams to a dead-end digital directory, Gaffe/Stutter re-interprets a book that itself resists scholarly annotation. As with sense, it subsists in language; but it happens to things. 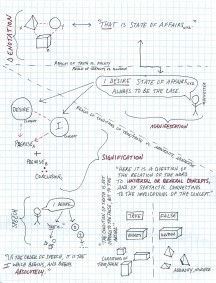 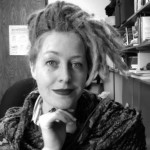 Whitney Anne Trettien is a scholar, creator, and teacher whose work weaves together archival research and creative use of technologies. She has written and designed work in the fields of book history, Renaissance literature, media archaeology, sound studies, and digital humanities. She has a PhD from Duke University, an MS from MIT, and is Assistant Professor in the Department of English and Comparative Literature at University of North Carolina, Chapel Hill. You can explore her many creative/critical projects at her website.