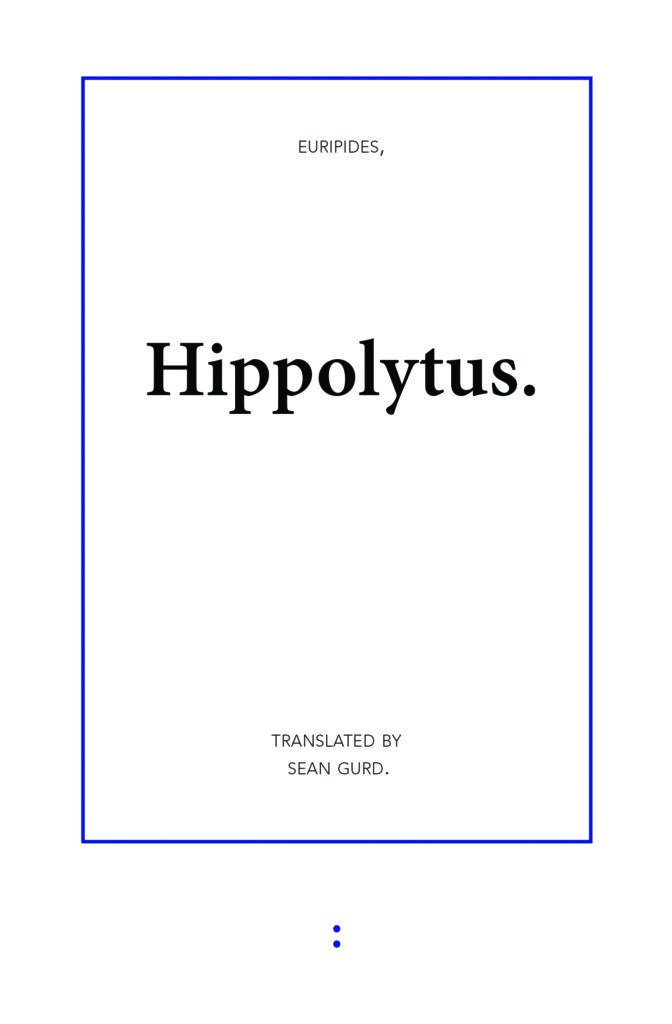 Euripides wrote two plays called Hippolytus. In this, the second, he dramatized the tragic failure of perfection. This translation comes in two forms; the first presents a simulacrum of the text as it might have appeared in unprocessed form to a reader sometime shortly after Euripides’ death. The second processes the drama into the reduced but much more distinct form of modern print translations.

Sean Gurd is Professor of classical studies at the University of Missouri, Columbia. He has written Iphigenias at Aulis: Textual Multiplicity, Radical Philology (Cornell, 2006); Work in Progress: Literary Revision as Social Performance in Ancient Rome (Oxford, 2012), and Dissonance: Auditory Aesthetics in Ancient Greece (Fordham, 2016). He also edited Philology and its Histories (Ohio State, 2010).