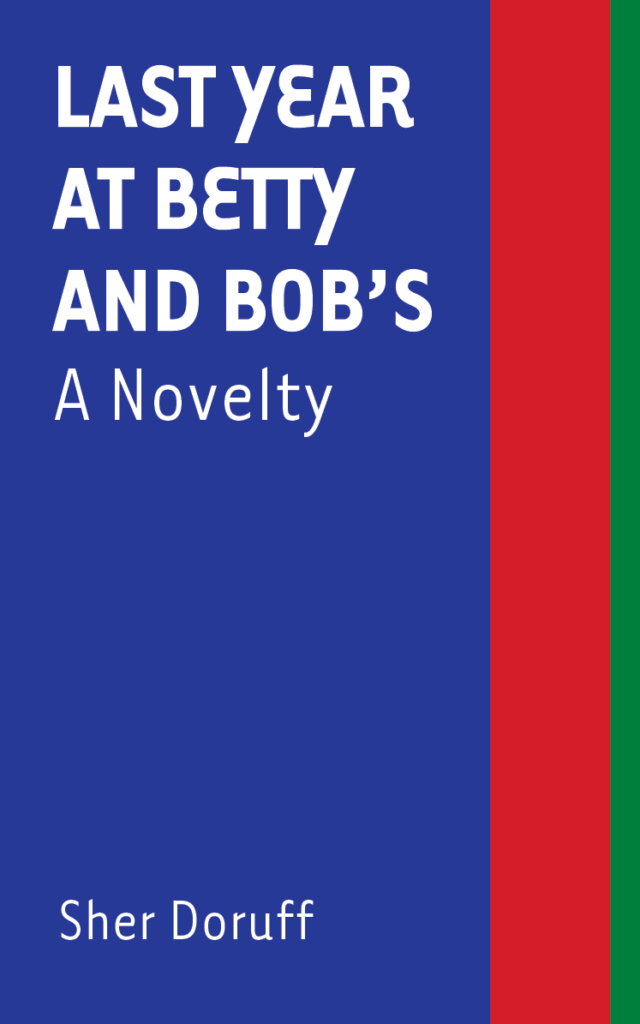 “A ‘rattling’ tale of transspecies slippage. In Last Year at Betty and Bob’s, worlds do not so much collide as slide into and under each other, forming a multiverse of body modulations and affective dissonances and attunements. Characters twin and twinnings double, in a parable of multiple becomings and becomings-multiple. Written with equal doses of wry wit and intensity of feeling, operating in a grey zone between theory and fiction, as well as between philosophy and science fiction, the book is in a genre of its own: truly a Novelty.”

Last Year at Betty and Bob’s: A Novelty is the first in a series of novellas emerging from a writing practice that taps the cusp of consciousness between dreaming and waking. A storyline, or genealogy, tinted a shade of RGB blue, is fashioned by thinking through the felt unthought of this between space. A fabulation, an anarchive of what passes through. Lucid dreaming of this type is rife with allusions to conceptual and material goings-on, manifesting in awkward imaginaries. The dream personas are rendered as complex character amalgams with nomadic ages, sexes, genders and phenotypes. Occurrences of lived “fact” elide with a hallucinatory real as speculation.

In A Novelty, Bette B, an ageing quasi-academic artist researcher, and BØB, attuned urban rodent, are palindromic variants of a generic cast of Betty’s and Bob’s. The happenstance of their meeting on the super slick POMOC (PostOffice MotionCorridor) affects a trans-special contagion. These are the facts of the matter. The matters that come to concern both B’s are more slippery and elusive. 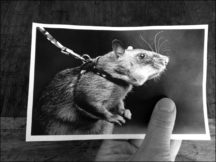 Read the second novella in the series, Last Year at Betty and Bob’s: An Adventure, HERE.

Sher Doruff works in the visual, digital, and performance arts in a variety of capacities. For the past ten years her work has been situated in the expanded field of artistic research practice as an artist, writer, tutor, mentor, and supervisor. Her research practice currently explores fabulation and fictive approaches to writing in and through artistic research. She currently mentors 3rd cycle/PhD artist researchers at the DAS Graduate School (Amsterdam University of the Arts) and the Gerrit Rietveld Academy of Art and Design. She has has published numerous texts in academic and artistic contexts.