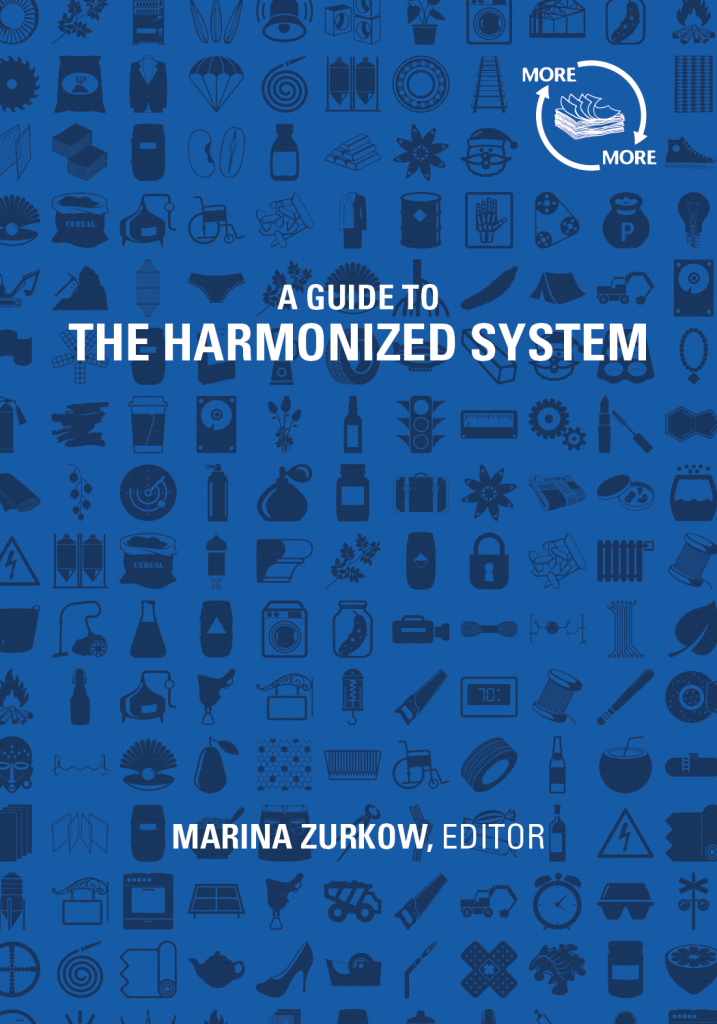 More&More is an art and research project that explores the language and mechanics of global trade, container shipping, and the exchange of goods. It questions a mercantile structure that by necessity disallows the presence of ocean as a real space in order to flatten the world into a Pangaea of capital. The project is presented in two volumes, released in conjunction with an exhibition of Marina Zurkow’s work (with collaborators Sarah Rothberg, Surya Mattu, and others) at bitforms gallery in New York City in February 2016.

This book, More&More (A Guide to the Harmonized System), is an experimental “brick” of a book that intervenes in the Harmonized Commodity Description and Coding System (also known as the HS Code). The HS Code is the internationally accepted standard of product classification, which codifies the way nations conduct import/export. All legal trade products (and illegal ones that find loopholes) are shipped using this system. More&More (A Guide to the Harmonized System) lists the astonishing variety of items that are shipped around the world, and includes instructions for using the code to ship items (both legally and illegally). It also includes poetic, personal, and scholarly annotations by Stacy Alaimo, Heather Davis, Kathleen Forde, Dylan Gauthier, Elena Glasberg, Calliope Mathios, Steve Mentz, Astrida Neimanis, Chris Piuma, Elspeth Probyn, Sarah Rothberg, Phil Steinberg, Rita Wong, and Marina Zurkow.

Its companion book, More&More (The Invisible Oceans), is a catalog of the exhibition, featuring many full-color images of the art on display (including video stills, bespoke bathing suits, and fungal sculptures), as well as an introduction by Marina Zurkow and a conversation between Zurkow and international curator Kathleen Forde.

Marina Zurkow is a media artist focused on near-impossible nature and culture intersections. Recent solo exhibitions of her work include bitforms gallery in New York; Chronus Art Center, Shanghai; her work has also been featured at Smithsonian American Art Museum, Washington D.C.; Museum of Fine Arts, Houston; National Museum for Women in the Arts, Washington D.C.; and the Borusan Collection, Istanbul, among others. Zurkow is the recipient of a 2011 John Simon Guggenheim Memorial Fellowship, and has been granted awards from the New York Foundation for the Arts, New York State Council for the Arts, the Rockefeller Foundation, and Creative Capital. She is on full time faculty at NYU’s Interactive Technology Program (ITP) in Tisch School of the Arts, and lives in Brooklyn, NY. She is represented by bitforms gallery.

One thought on “More&More (A Guide to the Harmonized System)”