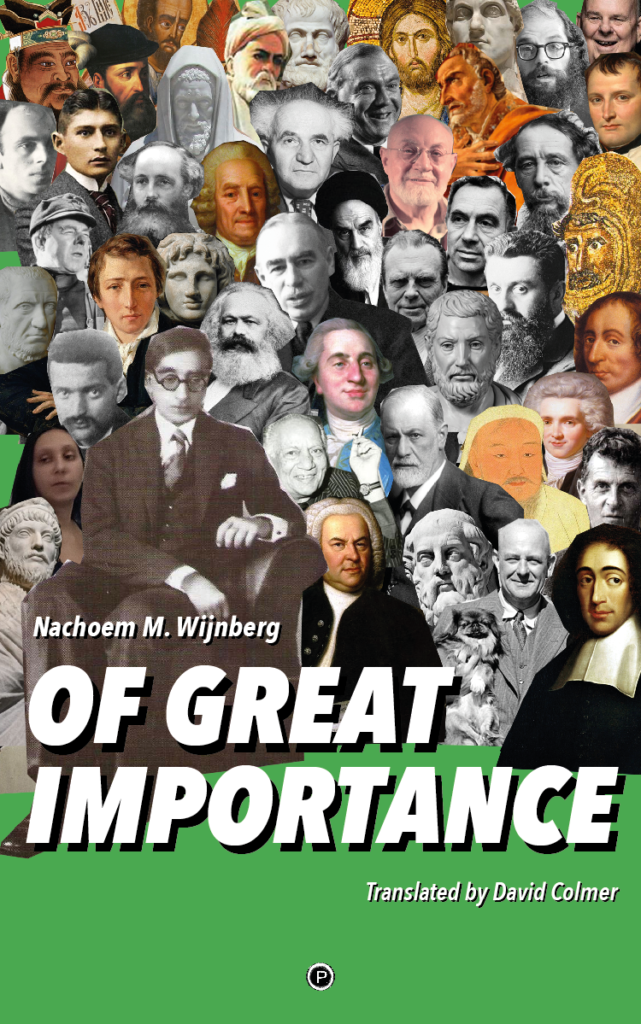 Reading Wijnberg means to enter a perspicuous way of thinking with a language that is flawless and treacherous: a trap can be around the corner, casting what was only just read in a completely different light.

~ Jury of the Dutch P.C. Hooftprijs

Of Great Importance is Nachoem Wijnberg’s 16th volume of poetry. One of the most prominent living Dutch writers, Wijnberg’s poetry is known for its deceptively plain language and his poems, according to the poet himself, can be read well by anyone who can read a newspaper.

The poems in Of Great Importance engage with statecraft, economics, and world history, lyricizing taxes and debts, stocks and flows, citizenship and labor contracts, notaries and accountants, factories and strikes, freedoms and fundamental rights, banks and railroads, property rights and codes of honor, sieges and treaties, gods and generals, how to make money and how to win elections, when to declare war and when to found a new state.

Wijnberg’s engagement with these and other related topics is based on his belief that economics, politics, and history — and all of the tangled relations therein, no matter how asymmetrical — concern how people live together, and his poetry is a creative form of historiography that attends to tracing the theater of an affective commonwealth, in which he builds upon the best work of those thinkers and poets who came before — including Karl Marx, John Maynard Keynes, Heinrich Heine, Czesław Miłosz, and especially C.P. Cavafy. Ultimately, Wijnberg understands that “Something important that changes the world only happens if there is a lever with a fulcrum you cannot know enough about,” and yet his poetry gorgeously illuminates this fulcrum.

Van groot belang, a substantial part of which has been translated in Of Great Importance, was shortlisted for the Dutch VSB Poetry Prize. According to the jury report, the book

constitutes the pinnacle of [Wijnberg’s] individualistic oeuvre to date, [and] is a painfully consistent and uncomfortably accurate analysis of power, economic and social structures, and mechanisms that are at the root of the corrupted world in which we wake up each morning. In a highly individual poetic jargon, so bright that it causes a daze, he demonstrates the logic of the illogical and pares the illogical away from the logical. As a disturbing investigative report into the thoughts and deeds of people amongst other people, this collection is a credit to its title.

For his entire body of work, Wijnberg has also received the most prestigious Dutch literary award, the P.C. Hooftprijs, in 2018.

Excerpts from Of Great Importance

If you’ve worked for someone else who told you
how they wanted to be with you, are you still allowed
to go into politics? You are here.

You can pay someone to do your work for you
if you have enough to pay them and then you can
go into politics, at last.

You don’t pay tax anymore, but as if representing
the state in your purchases you buy a
warship or a play.

What else can you do instead of paying
tax? Say that those who have less than you
can come and stand before you
and tell you what they want
to tell you?

Or do you not mean those who have less, but those
who are so ugly you are not calmed when you see
them voting?

LIKE A LAW OR A POEM, FOR THE SALAFISTS OR CONSTITUTIONAL ORIGINALISTS, AND ARE WE NOW SUDDENLY ALLOWED TO MAKE JOKES ABOUT WHAT YOU’RE AFRAID OF?

How long can a text that is used to determine what to do remain as if nobody’s?

A proposal: that can definitely no longer continue when a decision that required understanding the text has not been made for as long as a life lasts.

By the way: how long may a text that is used to determine what to do remain as if nobody’s?

envoi
Let’s make a law, then we can fine those who say something strange about it.
Or are we now suddenly allowed to say anything at all about a law, like about your nose?
Your nose is so long we know you are coming long before we hear your footsteps.
And if you stick your nose in your own affairs it sticks out the other side.
You have to pay as much as their face is worth if you bump into someone in the dark and you can still see it on their face a day later.
You are allowed to explain that law as you please, not like a joke that you are only allowed to explain in one single way, and the fattest angels and police officers keep watch.
Do you hear it still, and that too? Then you must have good ears, not just large ones, like your feet.
Imagine you couldn’t kiss very well because your nose got in the way, and now you don’t have a nose anymore.
Then you know a law you would like to start with.

This book was published with the support of the Dutch Foundation for Literature. 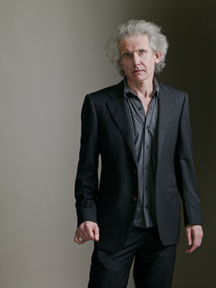 Nachoem M. Wijnberg (Amsterdam, b. 1961) is a Dutch poet and novelist who has been acclaimed as one of the foremost Dutch authors of the last decennia. His poetry has received many Dutch and Belgian awards, including the 2009 VSB Prize for the best book of poetry and the prestigious P.C. Hooftprijs for his entire oeuvre in 2018. His poetry has been translated into many languages, ranging from Chinese to Italian, and published in a wide range of journals, anthologies, and books. The first book of translations in English appeared in 2013, Advance Payment (Anvil Press/Carcanet). In 2016 Divan of Ghalib was published in the U.S. by White Pine Press. His novel The Jews was also published in 2016, by punctum books. He is also a professor at the University of Amsterdam Business School.