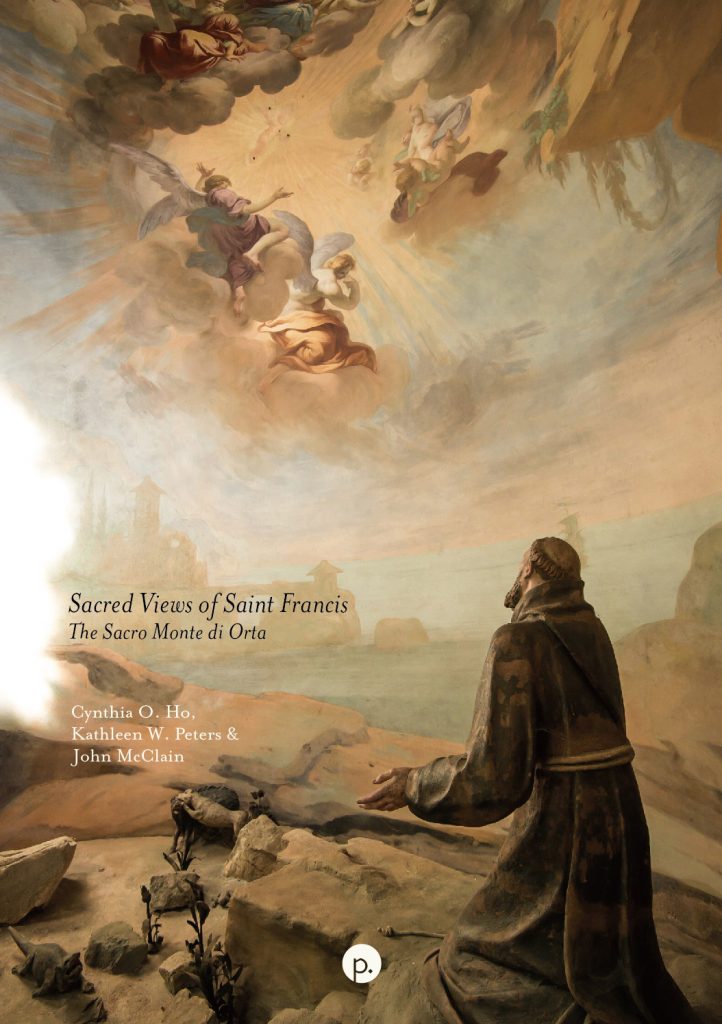 Here, in various chapels we tell the life of Francis. Visitor, if you want to know the author, the author is love.

Overlooking Lago di Orta in the foothills of the Northern Italian Alps, the Renaissance-era Sacro Monte di Orta (a UNESCO World Heritage site) is spectacle and hagiography, theme park and treatise. Sacro Monte di Orta is a sacred mountain complex that extolls the life of St. Francis of Assisi through fresco, statuary, and built environment. Descending from the vision of the 16th-century Archbishop Carlo Borromeo, the design and execution of the chapels express the Catholic Church’s desire to define, or, perhaps redefine itself for a transforming Christian diaspora. And in the struggle to provide a spiritual and geographical front against the spread of Protestantism into the Italian peninsula, the Catholic Church mustered the most powerful weapon it had: the widely popular native Italian saint, Francis of Assisi.

Sacred Views of Saint Francis: The Sacro Monte di Orta examines this important pilgrimage site where Francis is embraced as a ne plus ultra saint. The book delves into a pivotal moment in the life of the Catholic Church as revealed through the artistic program of the Sacro Monte’s twenty-one chapels, providing a nuanced understanding of the role the site played in the Counter-Reformation.

The Sacro Monte di Orta was, in its way, a new hagiographical text vital to post-Tridentine Italy. Sacred Views provides research and analysis of this popular, yet critically neglected Franciscan devotional site. Sacred Views is the first significant scholarly work on the Sacro Monte di Orta in English and one of the very few full-length treatments in any language. It includes a catalogue of artists, over one hundred photographs, maps, short essays on each chapel, and longer essays that examine some of the most significant chapels in greater detail.

Cynthia O. Ho(†) was Professor Emeritus at University of North Carolina, Asheville. She received her doctorate in English Medieval Literature from the University of Maryland and was co-editor of Finding Saint Francis in Literature and Art (Palgrave, 2009), Crossing the Bridge: Comparative Essays on Heian Japanese and Medieval European Women (Palgrave, 2000), and The Asheville Reader: The Medieval and Renaissance World (Copley, 2003).

Kathleen W. Peters is a Visiting Assistant Professor in the Department of Religious Studies at Rhodes College. She received her BA in History and MA in Religion from the University of Georgia, and her PhD in Religion from Emory University. She is an expert in material culture whose publications include “Pottery as a Core Text? The Place of Archaeology in University Core Curriculum,” in Proceedings of the Sixteenth International Congress of Classical Archaeology, eds. C. Mattuch and A. Donahue (Oxbow Books, 2006), and “How the Clothes Do Make the Man: Conflicting Identities and the Sartorial History of St. Francis,” in Medieval Perspectives 30 (2015).

John M. McClain spent his career as a Lecturer in the Humanities Program at the University of North Carolina, Asheville. He received his MA and PhD in Political Science from the University of North Carolina at Chapel Hill. He is a co-editor of The Asheville Reader: The Medieval and Renaissance World (Copley, 2003), and his publications include “A Christian Modernist and the Awe of Nature as Presented in Olivier Messiaen’s Opera, Saint François d’Assise,” in Finding Saint Francis in Literature and Art (Palgave, 2009).

J. Ross Peters is an educational consultant, writer, poet, and photographer. He received his B.A. in English from Sewanee: The University of the South and M.Ed. in Language Education from the University of Georgia. His poems have appeared in The American Journal of Poetry, Broad Street, The Broad River Review, Terminus, The Birmingham Poetry Review, and Aethlon. He has completed work on a volume of poetry, entitled The Flood is not the River.