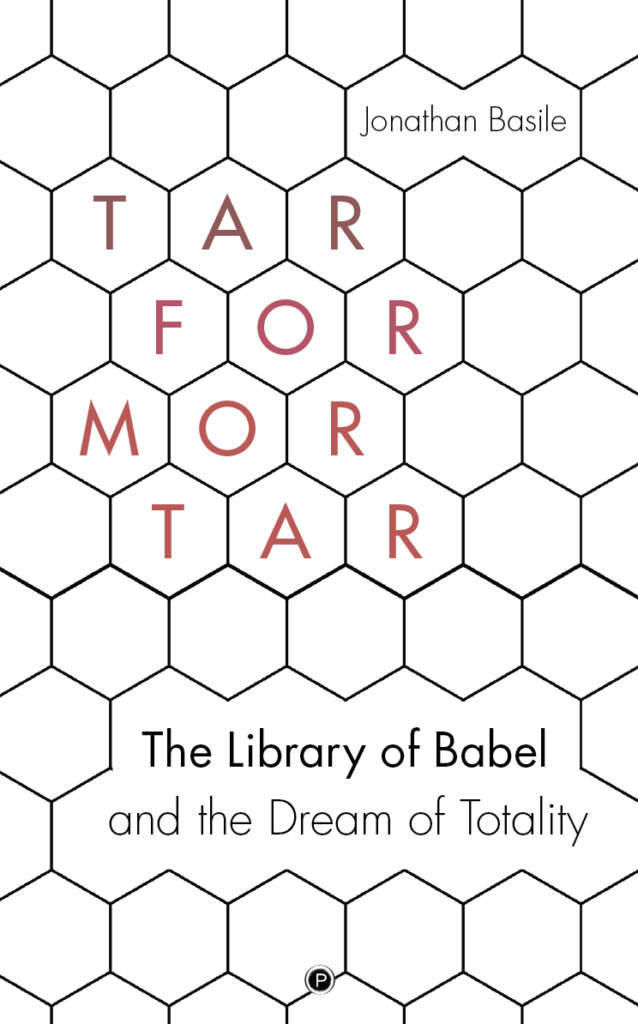 Tar for Mortar offers an in-depth exploration of one of literature’s greatest tricksters, Jorge Luis Borges. His short story “The Library of Babel” is a signature examplar of this playfulness, though not merely for the inverted world it imagines, where a library thought to contain all possible permutations of all letters and words and books is plumbed by pious librarians looking for divinely pre-fabricated truths. One must grapple as well with the irony of Borges’s narration, which undermines at every turn its narrator’s claims of the library’s universality, including the very possibility of exhausting meaning through combinatory processing.

Borges directed readers to his non-fiction to discover the true author of the idea of the universal library. But his supposedly historical essays are notoriously riddled with false references and self-contradictions. Whether in truth or in fiction, Borges never reaches a stable conclusion about the atomic premises of the universal library — is it possible to find a character set capable of expressing all possible meaning, or do these letters, like his stories and essays, divide from themselves in a restless incompletion?

While many readers of Borges see him as presaging our digital technologies, they often give too much credit to our inventions in doing so. Those who elide the necessary incompletion of the Library of Babel compare it to the Internet on the assumption that both are total archives of all possible thought and expression. Though Borges’s imaginings lend themselves to digital creativity (libraryofbabel.info is certainly evidence of this), they do so by showing the necessary incompleteness of every totalizing project, no matter how technologically refined. Ultimately, Basile nudges readers toward the idea that a fictional/imaginary exposition can hold a certain power over technology. 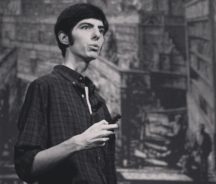 Jonathan Basile is pursuing a PhD in Emory University’s Comparative Literature program, and is also the creator of an online universal library, libraryofbabel.info. His non-fiction has been published in The Paris Review Daily, Guernica, and Electric Literature, and his fiction has been published in minor literature[s] and Litro. It goes without saying that his work is also available in the Library of Babel, if you know where to look.

8 thoughts on “Tar for Mortar: “The Library of Babel” and the Dream of Totality”