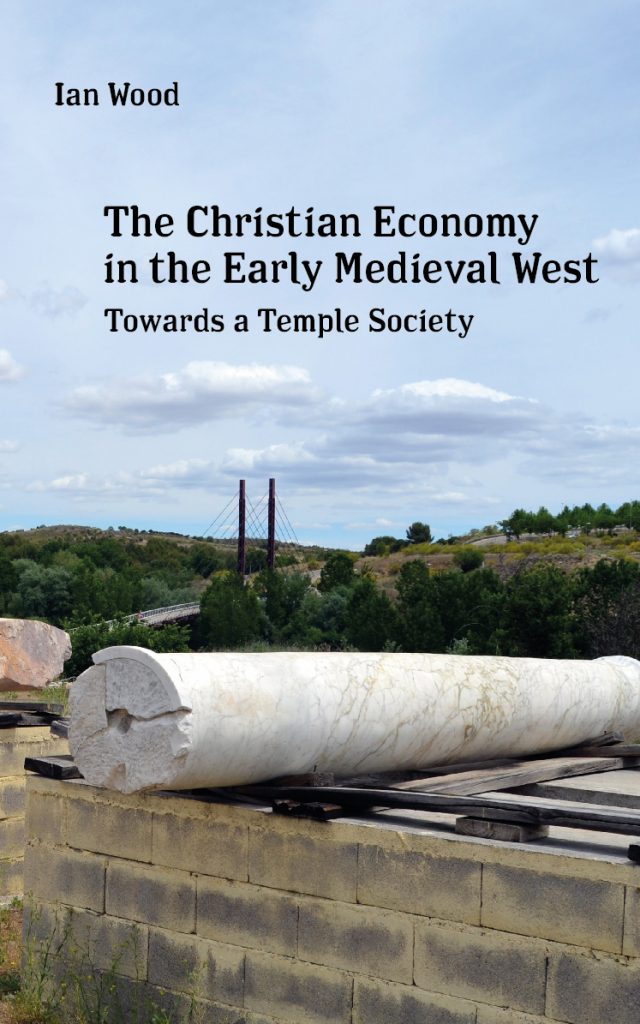 “This study is a model and a masterpiece. The scholarship is exemplary and exhilarating in its range, from the monasteries of Ireland to the great temples of Tamil Nadu. An entirely new account emerges of the growing wealth of the Christian Church, and its function in early medieval society. Wood has done nothing less than re-write the conventional narrative of the end of Rome and the beginning of the Middle Ages. He does so around themes that have remained charged up to this day – wealth, poverty, and the nature of religious giving.” ~ Peter Brown, Professor Emeritus, Department of History, Princeton University

“Ian Wood’s innovative and challenging reappraisal of the relationship between the state, the church, land and the redistribution of wealth in the early medieval west offers a refreshing new approach to post-Roman politics, society and economy. Invoking the concept of a ‘temple society’ derived from social anthropology along with examples drawn from as far afield as the Maya and medieval India, Wood creates an intellectual space for rethinking the penetrative power of the church and the belief-system it supported and promoted within the institutional and ideological framework of early medieval western states and economies. In doing so he also demonstrates that we cannot hope to understand medieval economic relationships without paying proper attention to medieval belief systems as a fundamental element of social praxis. This volume should stimulate a substantial reappraisal of how we think about the relationship between agency and structure in the medieval world and indeed about premodern states and societies more widely.” ~ John Haldon, Professor Emeritus, Department of History, Princeton University

The establishment of Christianity in the late- and post-Roman world caused an economic as well as a religious revolution, but, while a great deal of attention has been paid to the religious developments of the period, the impact of the establishment of the Church on the economy has attracted remarkably little attention. The Christian Economy of the Early Medieval West: Towards a Temple Society examines the chronology of the Church’s acquisition of wealth, and particularly of landed property, as well as the distribution of its income, in the period between the conversion of Constantine and the eighth century.

In this book, the society that emerged as a result of the Church’s acquisition of land is interpreted in the light of the anthropological model of the “Temple Society,” a concept developed from Karl Marx’s so-called “Asiatic Mode of Production.” The emergence of a socio-economic system dominated by the Church is presented as a crucial development in the history of western Europe.

Ian Wood is Emeritus Professor of Early Medieval History at the University of Leeds, where he taught from 1976 to 2015. He is the author of several books, including The Merovingian Kingdoms, 450–751 (1994), The Missionary Life: Saints and the eEangelisation of Europe 400–1050 (2001), The Modern Origins of the Early Middle Ages (2013), and The Transformation of the Roman West (2018). He is the co-author of Avitus of Vienne, Letters and Selected Prose (2002), with Danuta Shanzer, Fragments of History: Rethinking the Ruthwell and Bewcastle Monuments (2007), with Fred Orton and Clare Lees, Abbots of Wearmouth and Jarrow (2014), with Chris Grocock, and Jonas of Bobbio, Life of Columbanus, Life of John of Réomé, and Life of Vedast (2017), with Alexander O'Hara. He has also written numerous articles. He was a co-ordinator of the European Science Foundation project on The Transformation of the Roman World (1989–92, 1992–80). He was elected to the British Academy in 2019.

One thought on “The Christian Economy of the Early Medieval West: Towards a Temple Society”