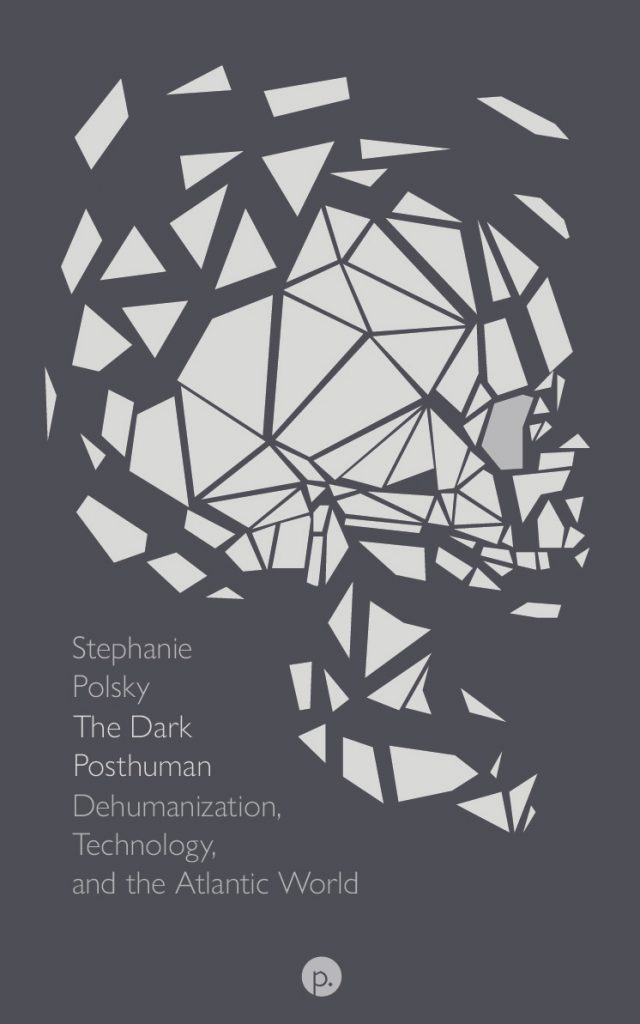 The Dark Posthuman: Dehumanization, Technology, and the Atlantic World explores how liberal humanism first enlivened, racialized, and gendered global cartographies, and how memory, ancestry, expression, and other aspects of social identity founded in its theories and practices made for the advent of the category of the posthuman through the dimensions of cultural, geographic, political, social, and scientific classification.

The posthuman is very much the product of world-building narratives that have their beginnings in the commercial franchise and are fundamentally rooted in science, governance, and economics around the hegemonic appropriation of environments and commodification of bodies that initially fuelled white settler life worlds and continue to be operational in the way we conceive of these worlds as continuous ontological formations. The want has always been for ownership of any of these dimensions of being without regard to condition, to not remain stranded as the subsidiary of another’s being, to another’s claim to humanity, and finally, to escape the suffocating confines of an instrumental ontology that suggests a subcategory of humanity without rights onto itself.

The Dark Posthuman distinguishes the posthuman’s place within both the liberal and neoliberal imaginary and reveals how its appearance first entrenched itself through the avarice of English settler colonialism, and subsequently, through the paranoia of American slavery. This same figure of the posthuman played a crucial role in the functional adaptation of Cold War behavioural cybernetics, and thereafter, in the fetishization of technology within the era of global financialization. The shadowing of this arrangement during and beyond the long duration of humanity’s domination of this world becomes the structural web work of this book.

Stephanie Polsky is an interdisciplinary writer and academic working in the areas of Media Studies and Visual Culture. Her work explores the confluence of power around race and gender as technologies of governance. She has lectured widely in media and cultural studies, critical theory, and visual culture at a number of prestigious institutions including Goldsmiths University, Regent’s University London, University of Greenwich, and Winchester School of Art. Most recently she has worked at California College of the Arts in Critical Studies and Diversity Studies. She holds a PhD in Visual Cultures from Goldsmiths, University of London and an MA in Media Studies from the University of Sussex. Her books include The End of the Future: Governing Consequence in the Age of Digital Sovereignty (Academica Press, 2019), Ignoble Displacement: Dispossessed Capital in Neo-Dickensian London (Zero Books, 2015), and Walter Benjamin’s Transit: A Destructive Tour of Modernity (Academica Press, 2009).