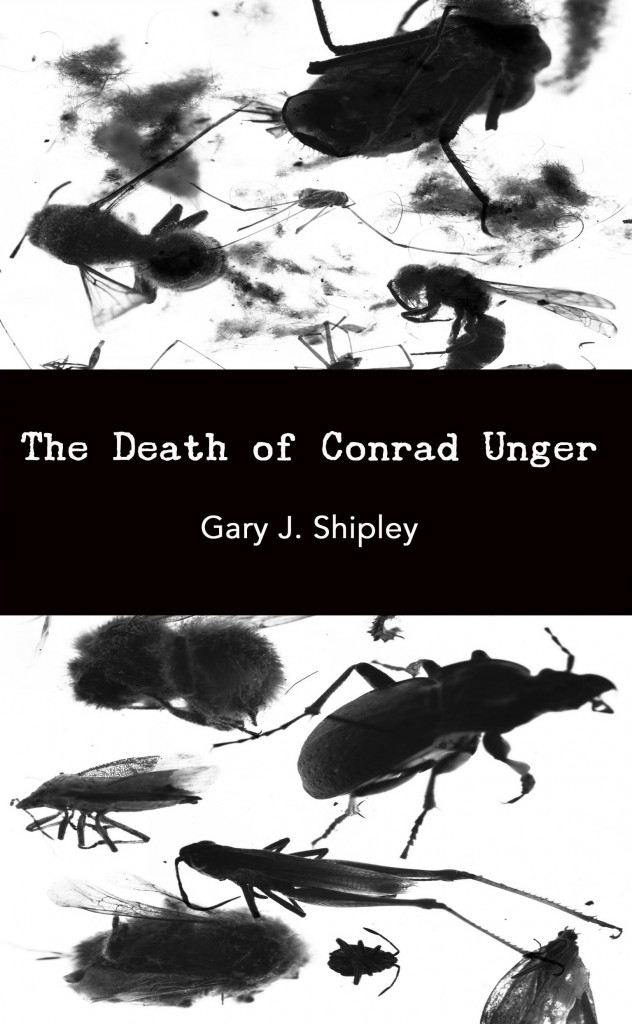 The death by suicide of Gary J. Shipley’s close friend, Conrad Unger (writer, theorist and amateur entomologist), has prompted him to confront not only the cold machinery of self-erasure, but also its connections to the literary life and notions surrounding psychological bewitchment, to revaluate in both fictional and entomological terms just what it is that drives writers like Unger to take their own lives as a matter of course, as if that end had been there all along, knowing, waiting. Like Gérard de Nerval, David Foster Wallace, Ann Quin and Virginia Woolf before him, Unger was not merely a writer who chose to end his life, but a writer whose work appeared forged from the knowledge of that event’s temporary postponement. And while to the uninitiated these literary suicides would most likely appear completely unrelated to the suicide behaviors of insects parasitized by entomopathogenic fungi or nematomorpha, within the pages of this short study we are frequently presented with details that allow us to see the parallels between their terminal choreographies. He investigates what he believes are the essentially binary and contradictory motivations of his suicide case studies: where their self-dispatch becomes an instance of necro-autonomy (death as solution to an external thraldom, or the zombification of everyday life as something requiring the most extreme form of emancipation), while in addition being an instance of necro-equipoise (death as solution to an internal thraldom, or the anguish of no longer being able to slip back comfortably inside that very everydayness). The deadening claustrophobia of human life and achieving a stance outside of it: both barbs on the lines that can only ever detail the sickness, never cure it. Through extracts and synopses of Unger’s books, marginalia and underscorings selected from his extensive library, and a brief itinerary of his movements in that last month of exile, a picture of the writer’s suicidal obsession begins to form, and it forms at the expense of the man, the idea eating through his brain like a fungal parasite, disinterring the waking corpse to flesh its words.

Gary J. Shipley is the author of Theoretical Animals. His work has appeared in Glossator, The Black Herald, Gargoyle, New Dead Families, nthposition, and others. He is on the editorial board of the arts journal SCRIPT. You can find him at deadwombcrawling.