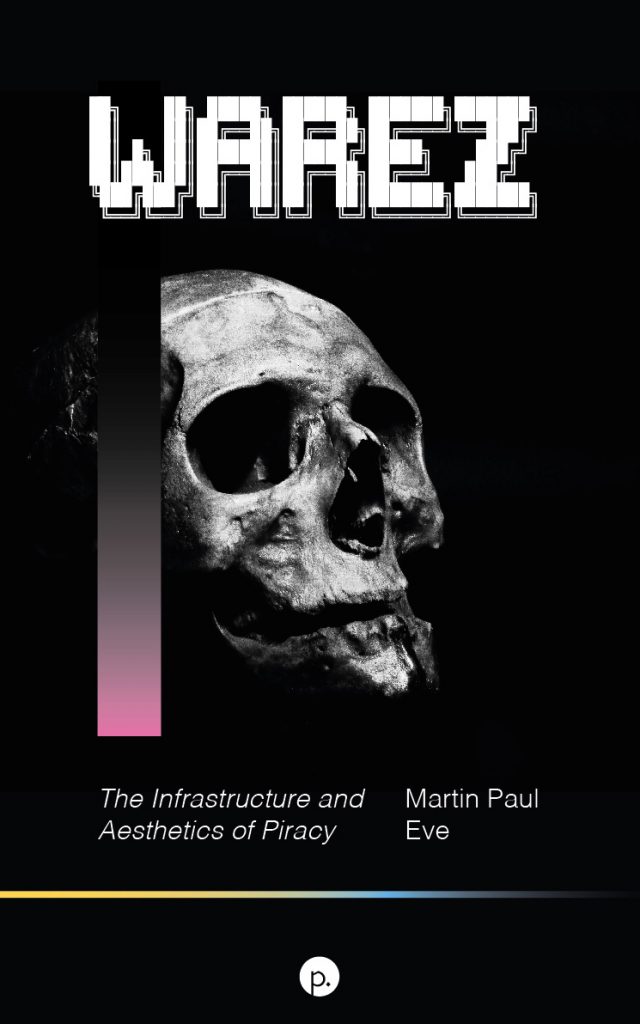 When most people think of piracy, they think of Bittorrent and The Pirate Bay. These public manifestations of piracy, though, conceal an elite worldwide, underground, organized network of pirate groups who specialize in obtaining media – music, videos, games, and software – before their official sale date and then racing against one another to release the material for free.

Warez: The Infrastructure and Aesthetics of Piracy is the first scholarly research book about this underground subculture, which began life in the pre-internet era Bulletin Board Systems and moved to internet File Transfer Protocol servers (“topsites”) in the mid- to late-1990s. The “Scene,” as it is known, is highly illegal in almost every aspect of its operations. The term “Warez” itself refers to pirated media, a derivative of “software.” Taking a deep dive in the documentary evidence produced by the Scene itself, Warez describes the operations and infrastructures an underground culture with its own norms and rules of participation, its own forms of sociality, and its own artistic forms. Even though forms of digital piracy are often framed within ideological terms of equal access to knowledge and culture, Eve uncovers in the Warez Scene a culture of competitive ranking and one-upmanship that is at odds with the often communalist interpretations of piracy.

Broad in scope and novel in its approach, Warez is indispensible reading for anyone interested in recent developments in digital culture, access to knowledge and culture, and the infrastructures that support our digital age.

Martin Paul Eve is Professor of Literature, Technology and Publishing at Birkbeck, University of London and Visiting Professor of Digital Humanities at Sheffield Hallam University. He has published books on a wide variety of topics, including Close Reading with Computers (Stanford, 2019), password (Bloomsbury, 2016), Pynchon and Philosophy (Palgrave, 2014),  and Open Access and the Humanities (Cambridge, 2014), among others. His ORCID is https://orcid.org/0000-0002-5589-8511.

10 thoughts on “Warez: The Infrastructure and Aesthetics of Piracy”