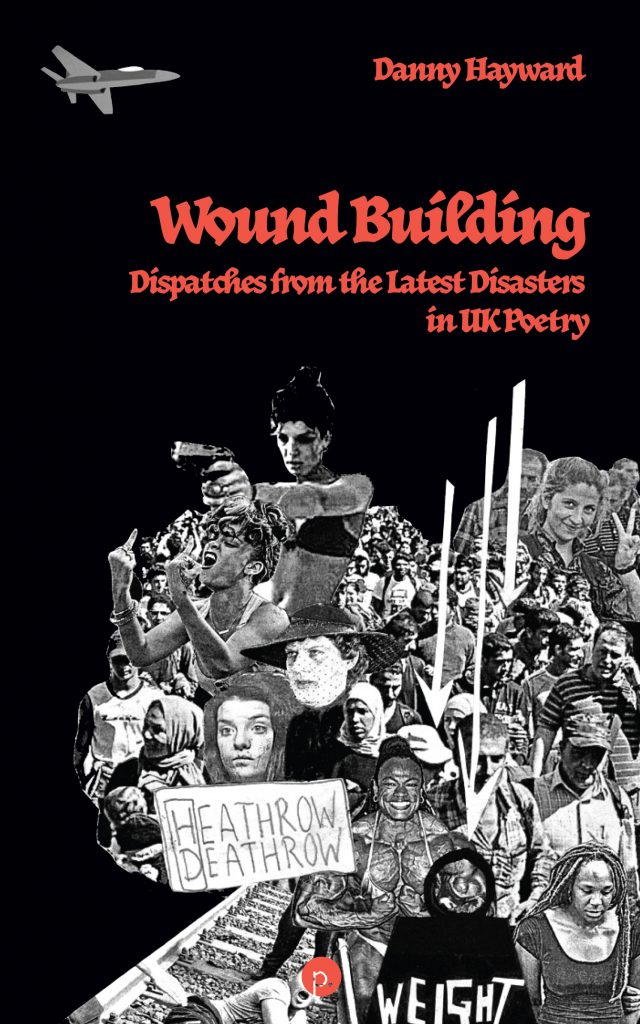 “To call these essays ‘brilliant’ would be to hand them over to an old metaphysics of light vs darkness. Instead, they take on a very difficult task, to define new behaviours for radical political life, something rare in these times and quite a lot more difficult than simply being clever.” ~ Will Rowe, author of Poetry in Times of Resurgent Fascism (Veer, 2021).

I want to hate more and more graphically the devastation of the concepts that now collapse into resentful anxiety about borders and the impoverished people who die on the wrong sides of them, and I want the sickness to be historical, a lesson learned in the nerves from the intricate history in which the desire for communism pursued through struggle led to so many accomplishments beyond our power of anticipation. I want the sickness to flare up in the communism that sickens me by virtue of its exclusion of exactly that sensation, along with so much else of what happened in the period that separates the present from its decades-old doppelganger. What is there now besides bad options?

Wound Building is a volume of essays, with digressions, on one group of contemporary poets active in a self-organizing political poetry scene in the UK, most of whom have little to no audience outside of the little magazines that they publish and the reading series they put on. The book is a front-line report on the rapid development of this poetry in the period between 2015 and 2020, with a particular focus on the relationship of poetry to violence and its representation. The poets discussed here write violent love poems and violent elegies as well as violent fantasies composed in stabs of violent verse and violet prose. The poems themselves comprise fantasies of killing David Cameron, dreams of being split open along a seam, basement songs, hundreds of pages of notes on working life in a privatized care home in Hove, East Sussex, a four-line slogan about the Cologne groping scandal of New Year 2016, variations on the Refugees Medical Phrasebook, a life wasted in a factory in Guangzhou, an autobiographical sci-fi internet fever dream, an anarchist elegy, and a refusal to argue. Ultimately, Hayward suggests that the lessons this poetry teaches is never to write a “worthy” narrative when a fucked up collage will do. Rather than a cohesive “account” of a “school” of poets, or a “contribution” to the boring tittle-tattle of aesthetic debates over British poetry as an institution, Wound Building is a front-line report on the local disasters of a contemporary UK poetry caught in the grip of the historical cataclysm of capitalist culture.

Wound Building is further concerned with aesthetic problems related to Marxism, anarchism, contemporary trans politics, and class, though its “theoretical” preoccupations are subordinated to its desire to provide a ground-level view on the writing itself, its production, its intellectual aporia, and the ways it finds itself outstripped by the ongoing “march of events.” The book will be of interest not only for those concerned with contemporary British political and experimental poetry, but also more generally for anyone who wishes to think carefully about what it means to make art about present-day history and its many horrible enormities.

The book’s title is derived from the idea of a sublime woundedness that subtends the context of the poets discussed here: the impressions of wounds opening up like LED-lit shopfronts in the night, in a parallel universe in which injury is intoxicatingly impersonal and structural, and which forms the environment in which the poems fight to absolutize the value of every last breath, or face into the reality of extravagantly violent wish fulfillment, or dissolve themselves in a search for new ways of professing love, or transform into a kind of expressionism of vomiting up medical-diagnostic categories found in abstract social labor, or pump their verses full of the convulsive rhythms of surprise and sudden relief, without any guarantee that this is the right thing to do or that anyone will even fucking hear. Wound Building does not historicize this state of affairs as much as it attempts to live alongside the immediacy of this work, in order to see what is still possible for poetry, and criticism, to make and do.

Danny Hayward is the author of People (Mountain, 2013), Pragmatic Sanction (Materials, 2015), and I/II (Shit Valley, 2017). He maintains the archive-in-progress www.pxxtry.com, and along with many dozens of others co-runs the communist events series No Money.