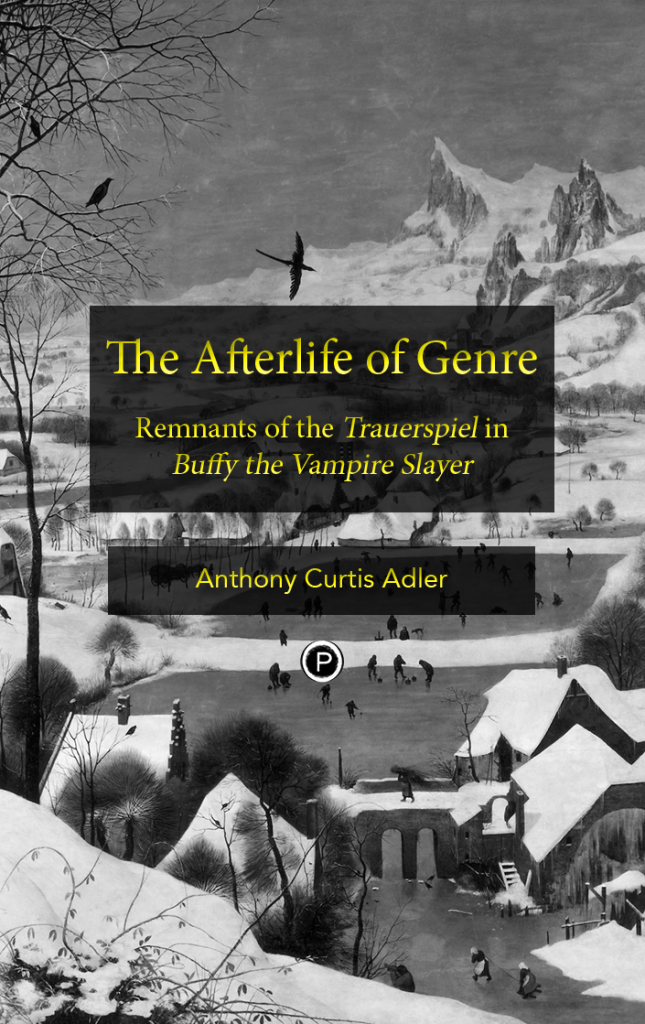 Could there have been television without California? California without television? The one shows the other: the ostentatiously novel singularity of the place and the seemingly self-effacing transparency of the medium. Yet if television and California both promise again and again to offer us something new, young, immaculate in its transience — a pure surface that will never get caught in the ditch of time — they are also both haunted through and through: by the itinerant contents of the past that they cannot banish, by memories of the infantile-perverse utopian fantasies that taunt us in constant replay (“If you’re going to San Francisco…,” “two girls for every guy”), by the contradiction played out in the very gesture of dismissing history and leaving the dead to bury the dead. California and television, as it were, conspire in a vampirologic: the forever-young is what has been there the longest, what really “takes us back.”

And so we also will take ourselves back: to Buffy the Vampire Slayer, already almost charmingly quaint, and Walter Benjamin’s magnum opus The Origin of the German Mourning-Play. What can come of this improbable conjunction? It will not seem too strange that Benjamin, posthumous wanderer across the textures of Americana, should again take up lodging at the Hotel California. But more is at stake than just another hapless visitation from the on high of high theory: reading Buffy as the remediated afterlife of the dead-on-arrival genre of the baroque German mourning play, Adler’s book records the first broken, awkward steps toward a project that, with the recent rise of “quality television,” seems more urgent than ever before: a political-theological characteristic of the television series.

Anthony Curtis Adler is Associate Professor of German and Comparative Literature at Yonsei University’s Underwood International College in South Korea, where he has been teaching since 2006. He has published essays on Fichte, Hölderlin, Goethe, Kant, H.C. Andersen, and Agamben, and is currently finishing two book projects: Labyrinthine Dances: Choreography, Economy, and the Politics of Gesture in Hölderlin’s Hyperion, and Celebricities: Celebrity, The Phenomenology of Television, and Gadget-Life.

One thought on “The Afterlife of Genre: Remnants of the Trauerspiel in Buffy the Vampire Slayer”