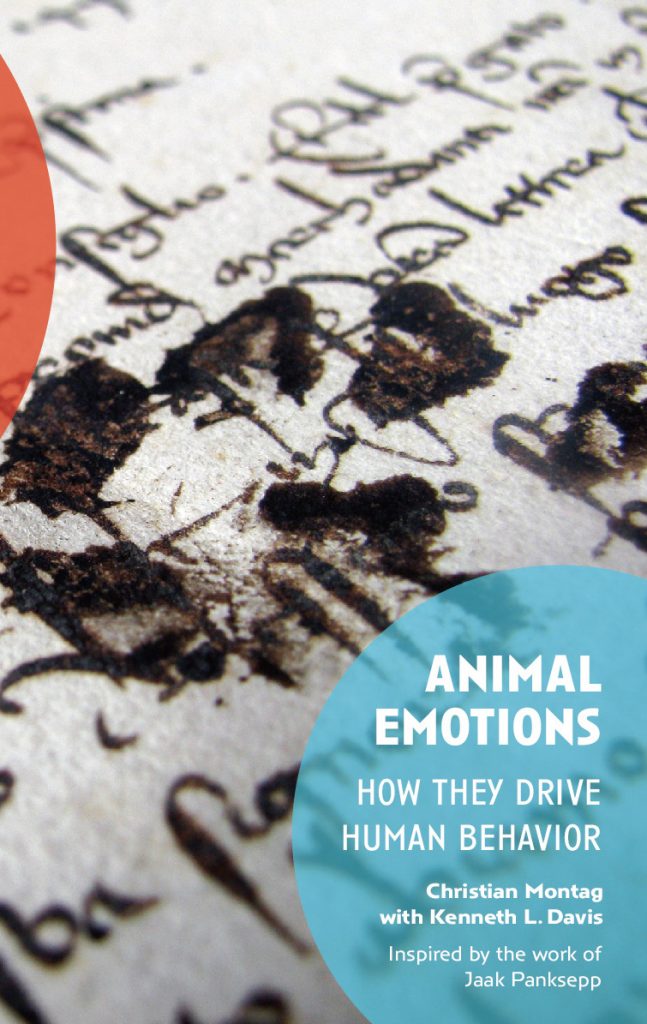 Animal Emotions: How They Drive Human Behavior gives a concise overview of ancient mammalian emotions deeply rooted in the human brain. Jaak Panksepp, a world-renowned neuroscientist, dedicated his life career to the study of mammalian emotions and he carved out seven distinct emotional systems he called seeking, lust, care, and play (positive emotions), and fear, anger, and sadness (negative emotions), all exerting a tremendous influence on human behavior.

Christian Montag, a neuroscientist and psychologist, and a long-time collaborator of Jaak Panksepp, revisits together with Kenneth L. Davis, one of Jaak’s PhD students, Panksepp’s theories and provides the reader with new insights into the nature of emotions and their role as survival tools, both for animals and for humans. They also raise new questions about the background of the research field Jaak Panksepp coined “Affective Neuroscience.” How are personality and psychopathology linked to animal emotions? Do animals feel the same way as we do? What are our emotional needs in a digital society, and what is key to a happy life?

Christian Montag is Professor of Molecular Psychology at Ulm University, Ulm, Germany. He is an expert in the molecular genetics of personality and emotions. Moreover, he investigates the impact of digital societies on human brains. He has published numerous articles in journals. Animal Emotions is his first popular science book in English. Get more information on his current projects at his website.

Kenneth L. Davis completed his PhD with Jaak Panksepp on Opioids and the Social Behavior of Dogs. He has continued his work with Panksepp on developing the Affective Neuroscience Personality Scales (ANPS), and has since focused on adjectives closely related to the six primary emotions measured in the ANPS. He has recently developed a short adjective personality assessment called the ANPS-AR consisting of 24 adjectives, which can be used to self-rate personality but which can also be used by observers to rate the personalities of others such as therapy patients. With Panksepp he authored The Emotional Foundations of Personality: A Neurobiological and Evolutionary Approach (W.W. Norton, 2018).

One thought on “Animal Emotions: How They Drive Human Behavior”