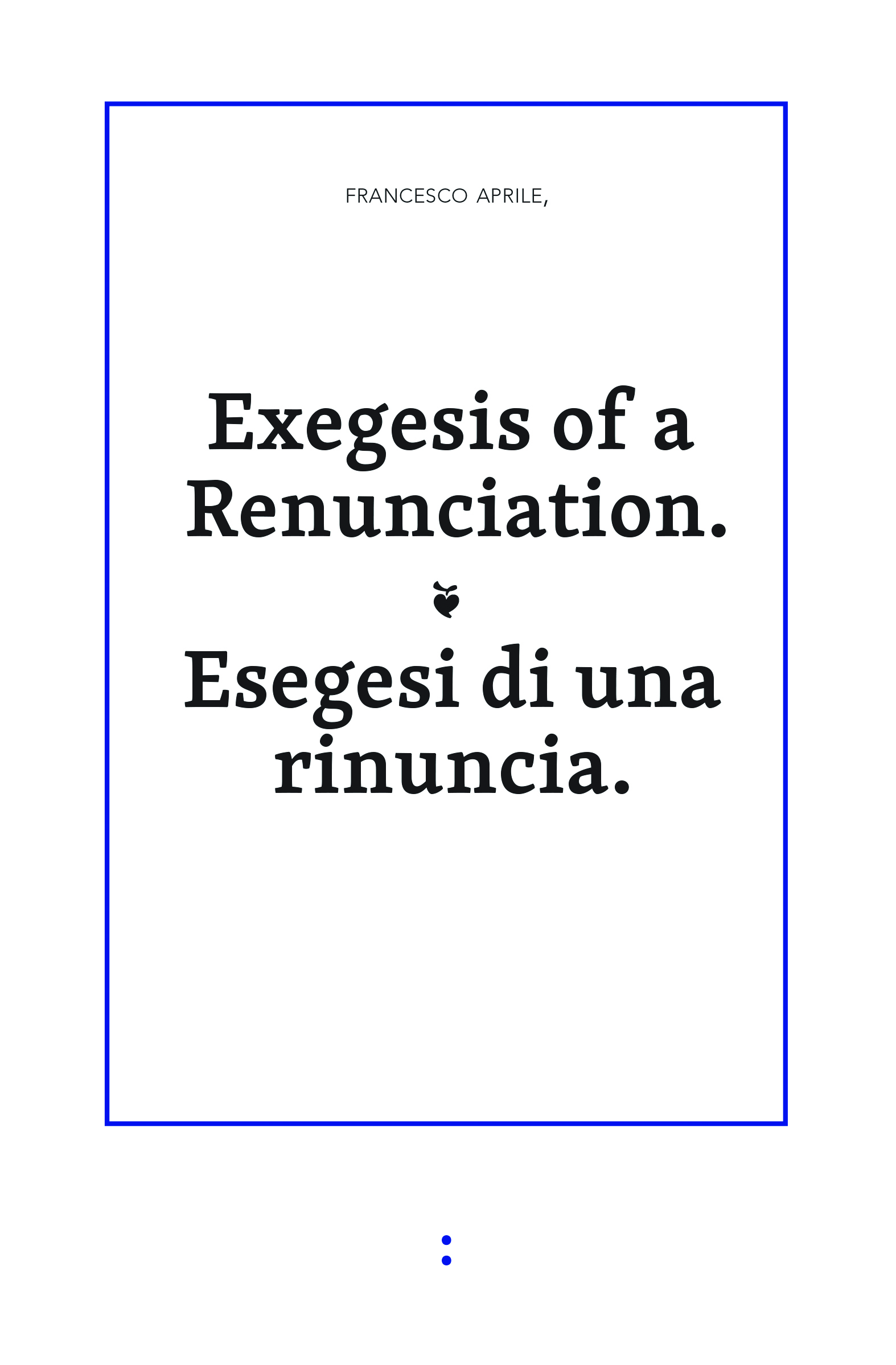 “The brutality of symbol is visual war. The maze confuses the poetic solitude of the verbal impressed in the pragmatic obol. Manifesto, nervous reflex of language out of control but not without focus, unexpectedly touches the reaction converting the suit interpret-action roar of consciousness. Phonemes-hoplites, the galvanized armor prepares the final siege, it is time to choose which side to fight on. Aprile throws up a challenge: self-centeredness of the word or the reversal of the semantic front against a historic tool devoted to a company withered away and foraging in the cliché, this ultimate foundation of the order-archetype. Prepare for defeat, not to succumb to conceal language accessory and inflamed from of poiesis, and semantic approach exhalation and pray for his death.” ~ Cristiano Caggiula

“Aprile’s writing breathes, survives and is manifested, among dashes, curves, losses, cruises, overlays, erasures, and smudges, smears. A writing dotted with isolated words, they resist to a great catastrophe, arranged in imbalance, moving, equipped with its own breath, your own voice. Aprile’s writing is a calligram in which the words are scattered all but disappeared, replaced by stretches of life that run, they run themselves. April drags, hits, dodges, phagocyte and flees, sometimes quickly, sometimes with a certain laziness, out of an area where it shows the drive and exposes the unfinished pulsion of the body. Rhythm writing.” ~ Bartolomé Ferrando

Francesco Aprile is a journalist, poet, and visual poet, graduated in philosophy. In 2010 he became member of the literary movement called New Page - Narrativa in store, founded in 2009 by Francesco Saverio Dòdaro and for which he published 35 brief novels and 5 poetry – in store; he worked as a press agent, secretary, curating exhibitions and editing critical works of the authors belonging to this movement. In April 2011 he founded the research and artistic protest group Contrabbando Poetico, proclaiming its first manifesto. He has written several essays, critical notes, both in Italian and foreign magazines and books.