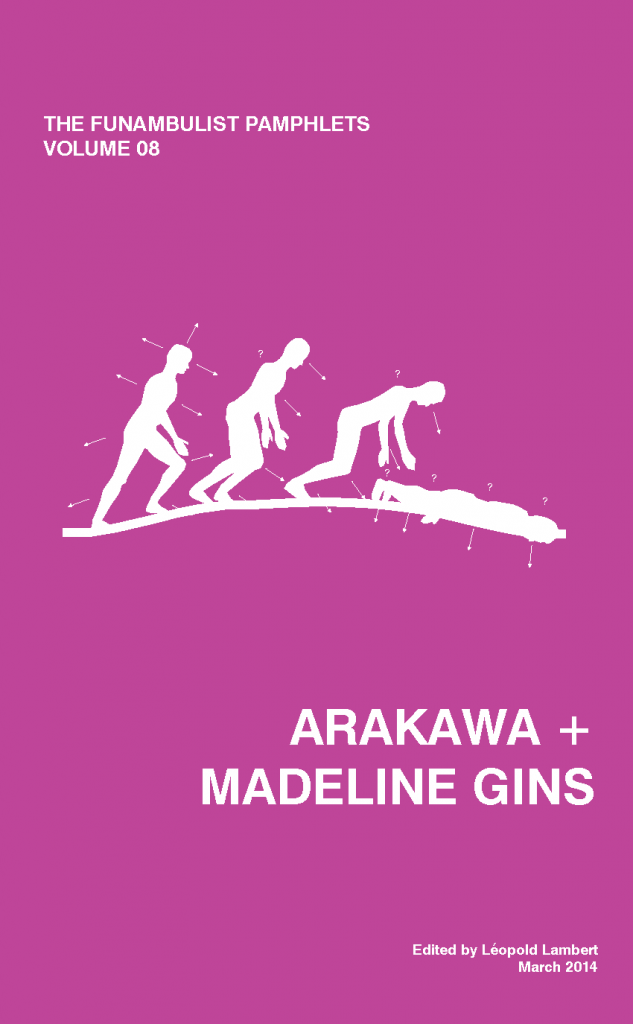 Our species has made a declaration. Let us call this the Reversible Destiny Declaration. We will not just take it anymore. We will no longer throw ourselves into the mortality waste-baskets. Shall we put it in the following gentle but firm way? Oh yes we shall! Enough is enough. We have decided not to die. And how do we go about doing this? Through architectural procedures, made explicitly to help us reconfigure ourselves. If you do not yet know what an architectural procedure is, you will know soon. Start with this declaration, and never back away from it: we have decided not to die.

Volume 8 is dedicated to The Reversible Destiny Foundation created by Arakawa and Madeline Gins. The Foundation is much more than an architectural practice. It articulates art, philosophy, poetry, architecture and, to some extent, science in a dialogue that benefits each of these disciplines and ultimately serves one of the most radical ideas that apply to architecture: the action of non-dying. Guest authors include Shingo Tsuji, Stanley Shostak, Russell Hughes, and Jean-François Lyotard.