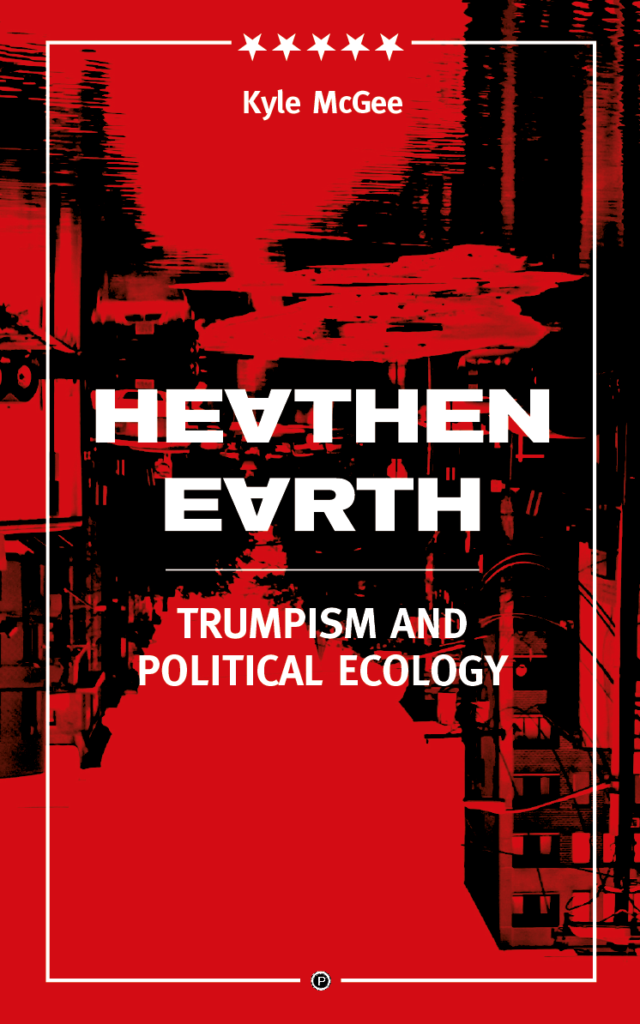 Heathen Earth: Trumpism and Political Ecology looks beyond the rising fortunes of authoritarian nationalism in a fossil-fueled late capitalist world to encounter its conditions. Trumpism represents an alternative to the forces undermining the very cosmology of the modern West from two opposing directions. The global economy, the pinnacle of modernization, has brought along a dark side of massive inequality, corrupt institutions, colonial violence, and environmental destruction, while global warming, the nadir of modernity, threatens to undo the foundations of all states and all markets. To the vertigo of placelessness, symptomatic of globalization, is added the ecological vertigo of landlessness. With reality slowly fragmenting, it is only too obvious in this light that Trumpism and other nationalist movements would attract massive hordes of supporters. Promising to expel foreigners and to restore unity and equality by taking power back from the global elites, while utterly denying the climate science that calls ordinary means of subsistence and consumption radically into question, Trumpism can be seen as an antidote to the toxic combination of global markets and global warming. The irony, of course, is that Trumpism only responds to these dangers by doubling down on the reckless expansionist logic that gave rise to them in the first place.

This book, composed entirely between November 8, 2016 and January 20, 2017, examines Trumpism according to its regime of political representation (despotism), its political ontology (nativism), and its political ecology (geocide), while laying the groundwork for an alternative politics and a resistant, responsive ecology of the incompossible.

Kyle McGee is a writer/scholar/practitioner, author of Bruno Latour: The Normativity of Networks (Routledge) and editor of Latour & the Passage of Law (Edinburgh), among other things.