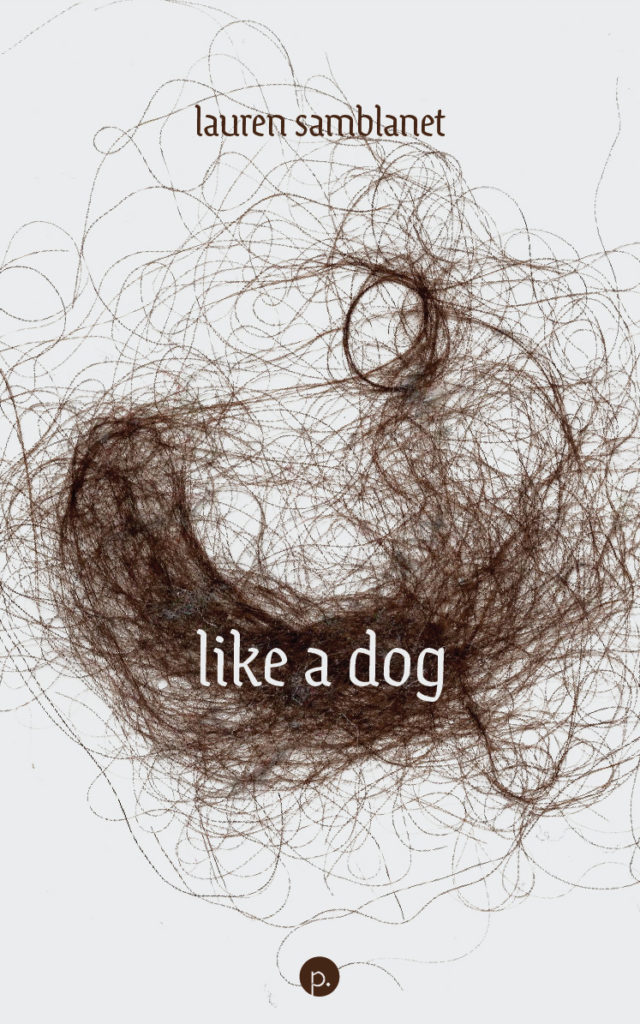 Taking its cues from the New Narrative writing movement, like a dog considers how sexual identity is morphed, hidden, and denied by cultural forces like film, pornography, rape culture, and sexual semiotics. The speaker of like a dog, writes about her sexuality, sexual trauma, and relationships in the epistolary form to explore how the personal becomes collective and how overt sexuality is necessary for questioning dominant ideologies. The intimacy (or perhaps voyeurism) that is opened through the epistolary form is balanced with film analysis, focusing on the films of Lars von Trier, as a way to move away from the speaker’s experiences and into the social forces that seek to define us.

Amidst these letters are images from a handwritten journal where blood, hair, vaginal fluids, and bodily residues are used to direct the shape and content of the writing surrounding them. The tactility of the journal delivers the reader to the body, not as an intellectualized object, but rather as the physical, messy, oozing force that it is.

Not nonfiction or fiction, in between gossip and scholarly film analysis, like a dog exists in a liminal place. This liminal zone offers the speaker a site to rip away the layers of cultural conditioning surrounding sexuality and relationships, and to peek at what lies beneath. This interrogation of identity may not lead to answers but the speaker of like a dog is able to finally hear her own voice and to begin the work of rebuilding an identity that is bloomed from within. 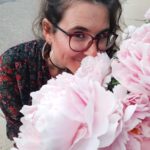 lauren samblanet is a hybrid writer who cross-pollinates with other forms of making & other makers of forms. some of her writing has been published in a shadow map: an anthology by survivors of sexual assault, fence, dreginald, entropy, dream pop press, passages north, bedfellows, and the tiny. like a dog is her first book. she offers workshops through reinventing creative process, which helps makers build more embodied, pleasurable, and emotionally safe creative practices.