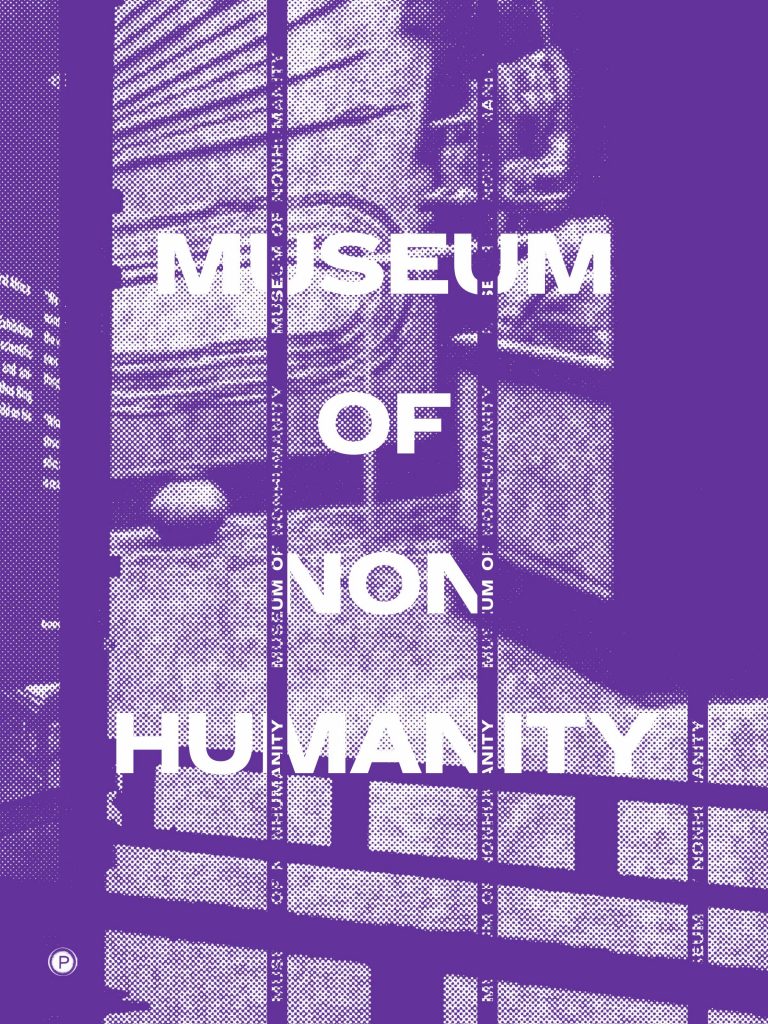 Museum of Nonhumanity calls for the deconstruction of the categories of animality and humanity in order to enter a new, more inclusive era.

Museum of Nonhumanity is the catalogue for a full-size touring museum that presents the history of the distinction between humans and animals, and the way that this artificial boundary has been used to oppress human and nonhuman beings over long historical periods. Throughout history, declaring a group to be nonhuman or subhuman has been an effective tool for justifying slavery, oppression, medical experimentation, genocide, and other forms of violence against those deemed “other.” Conversely, differentiating humans from other species has paved the way for the abuse of natural resources and other animals. Museum of Nonhumanity approaches animalization as a nexus that connects xenophobia, sexism, racism, transphobia, and the abuse of nature and other animals. The touring museum hosts lecture programs in which local civil rights and animal rights organizations, academics, artists, and activists propose paths to a more inclusive society through intersectional approaches. The museum also hosts a pop-up book shop and a vegan café. As a temporary, utopian institution, Museum of Nonhumanity stands as a monument to the call to make animalization history.

Museum of Nonhumanity is a project by Gustafsson&Haapoja, a collaboration between visual artist Terike Haapoja and author Laura Gustafsson. This long-term project focuses on the ethical and other problems that arise from the anthropocentric worldviews of Western modernism, and seeks to open paths for more inclusive notions of sociality. Their first project, The Museum of the History of Cattle, first exhibited in Helsinki in 2013, was published with punctum in 2015 as History According to Cattle. Gustafsson&Haapoja was awarded a Finnish State Media Art award in 2016 and a Kiila Prize for socially engaged art in 2013.

Laura Gustafsson is a Finnish author, scriptwriter, and playwright based in Helsinki. Her debut, the genre-bending fairytale and feminist pamphlet Huorasatu (Whorestory, 2011), was nominated for the Finnish Book Foundation's Finlandia Prize. Anomalia (2013, Anomaly), addresses the themes of language, violence, and the imaginary line between man and beast. Korpisoturi (Wilderness Warrior, 2016), a story about the end of the world as we know it, was a Finnish export prize nominee. Her latest novel Pohja (Ground, 2017) is an autofiction/autopsy and has been called a brave portrayal of female life. Gustafsson graduated with an MA from the Theatre Academy Helsinki. She has written a number of stage and radio plays, gives lectures on art and writing, and is actively involved in public debate. Her works have been translated into German, French and Turkish.

Terike Haapoja is a visual artist based in New York. Haapoja’s large-scale installation work, writing, and political projects investigate the mechanics of othering with a specific focus on issues arising from the anthropocentric world view of Western modernism. Haapoja represented Finland in the 55 Venice Biennale with a solo show in the Nordic Pavilion, and her work has been awarded the ANTI Prize for Live Art (2016), the Dukaatti Prize (2008), and an Ars Fennica prize nomination. Haapoja’s work has been exhibited widely internationally, including at the Taipei Biennale, Momentum Biennale, Museum of Modern Art in China, Chronus Art Center Shanghai, ISCP New York, House of Electronic Arts Basel, and ZKM, Germany. Haapoja is also the co-editor of multiple publications, including The Helsinki Effect: Public Alternatives to Guggenheim's model of Culture-Driven Development (with Andrew Ross and Michael Sorkin), Altern Ecologies: Emergent Perspectives on the Ecological Threshold in the 55. Venice Biennale (with Taru Elfving and Frame Contemporary Art Finland), History According to Cattle (with Laura Gustafsson), and Field Notes: From Landscape to Laboratory (with The Finnish Bioart Society). Haapoja is currently an adjunct professor at Parsons School of Design and New York University.

2 thoughts on “Museum of Nonhumanity”