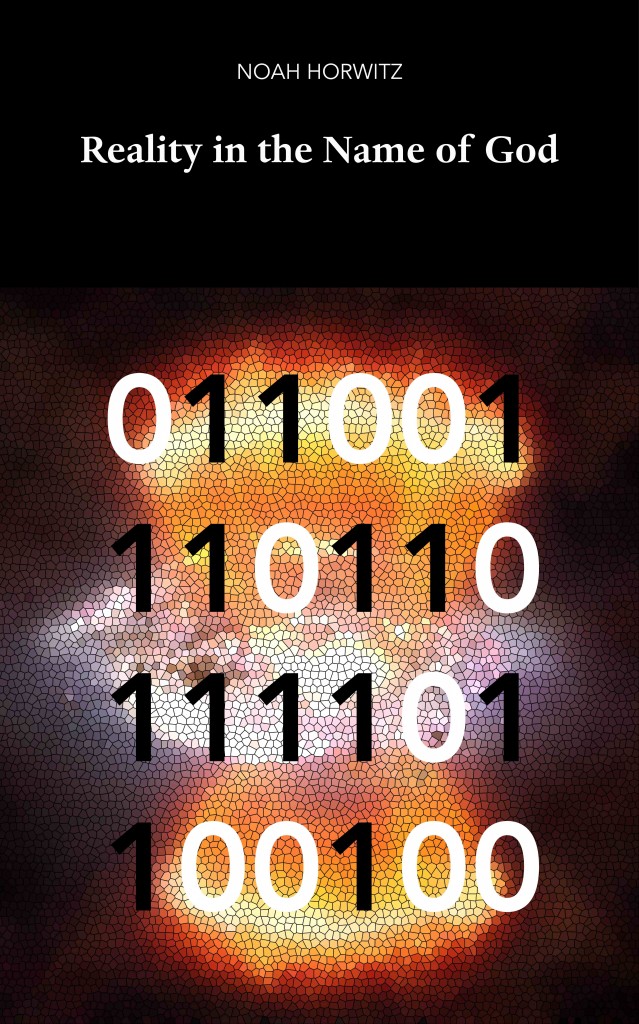 It is time that we turn to the divine Other outside of correlationism, to discover again its nature and to witness its truth as creator and sustainer of worlds . . . Only on the basis of divine creation can the radical contingency of the world and its openness to its own miraculous nature be fully thought.

What should philosophical theology look like after the critique of Onto-theology, after Phenomenology, and in the age of Speculative Realism? What does Kabbalah have to say to Philosophy? Since Kant and especially since Husserl, philosophy has only permitted itself to speak about how one relates to God in terms of the intentionality of consciousness and not of how God is in himself.  This meant that one could only ever speak to God as an addressed and yearned-for holy Thou, but not to God as infinite creator of all.

In this book-length essay, the author argues that reality itself is made up of the Holy Name of God. Drawing upon the set-theoretical ontology of Alain Badiou, the computational theory of Stephen Wolfram, the physics of Frank Tipler, the psychoanalytical theory of Jacques Lacan, and the genius of Georg Cantor, the author works to demonstrate that the universe is a computer processing the divine Name and that all existence is made of information (the bit). As a result of this ontic pan-computationalism, it is shown that the future resurrection of the dead can take place and how it may in fact occur. Along the way, the book also offers compelling critiques of several significant theories of reality, including the phenomenological theologies of Emmanuel Levinas and Jean-Luc Marion, Process Theology, and Object-Oriented Ontology.

Reality in the Name of God explores how the concepts of Jewish mysticism can be articulated and deployed as philosophical theses within current metaphysical debates. It provides a new and dynamic Structural Realist ontology of information. Ultimately, the book aims to deal a death blow to the restriction of philosophy and theology in relation to elaborations of a how a believer relates to a God outside the mind and to return thought to a direct encounter with the divine nature of reality itself and its creator.

INTRODUCTION:  From Kabbalah to Correlationism and Beyond

CHAPTER ONE:  Critique of Philosophical Theology

§6. The Thought of Jean-Luc Marion: Being Given (only to human consciousness)

CHAPTER TWO:  The Kabbalah of Being

§9. Badiou’s First Thesis: Being is Sets

§12. The Infinite Made Finite: The Meaning of the Transfinite

§13. Creation from Numbers (Sets/Letters): The Sefirot

§16. The Ontological/Modal Proof of Divine Insistence

§18. Nothingness/The Void and its Mark: The Holy Name of God

§19. Tzimtzum: Creation of Nothing to Create from Nothing

CHAPTER THREE: ‘From It to Bit’: Informational Ontology

§22: The Holy Name as the Primordial Bit:  An Ontology of Information

§23. Against the Ontology of the Virtual (For it as Epistemology)

§25. Is Stephen Wolfram’s New Kind of Science a Science of Kabbalistic Creation?

CHAPTER FOUR:  The Resurrection of the Dead and the Event of the Name

§27. Critique and Application:  Quentin Meillassoux and the Contingency of Creation

§28. The Resurrection of the Dead

Noah Horwitz has a Ph.D. in Philosophy from Loyola University of Chicago in 2003. He has published essays in Philosophy Today and Research in Phenomenology.