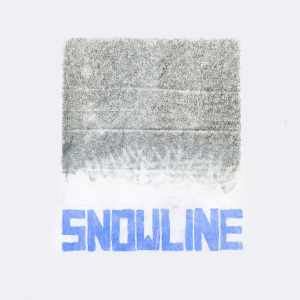 “Mais où sont les neiges d’antan?” François Villon’s most famous line is a kind of translation, a variation of the old “ubi sunt” trope: Where are the things that used to be? But Villon specifically asks: Where are the snows? Even in the thick of a snowy winter, this snow is not the same as the remembered snows. The difference is affective, but it is also ecological: the world’s climate is dramatically changing. Winter itself is changing.

Donato Mancini has collected over eighty translations of Villon’s line, from Thomas Urquhart’s 1653 translation of Rabelais’s quotation of the line, all the way up to translations by Florence Dujarric (2013) and Michael Barnholden (2014). From these he has arranged forty – a number that once stood for a countless number, like the forty thieves or the forty years of the biblical flood – into a booklength poem.

Taking a cue from Caroline Bergvall’s “Via,” but deviating from it in significant ways, snowline traces how Villon’s line has changed and yet stubbornly stayed the same over six hundred years. It is a meditative and pointedly nostalgiac book: You will grow older as you read it, and the world around you will continue to melt into air.