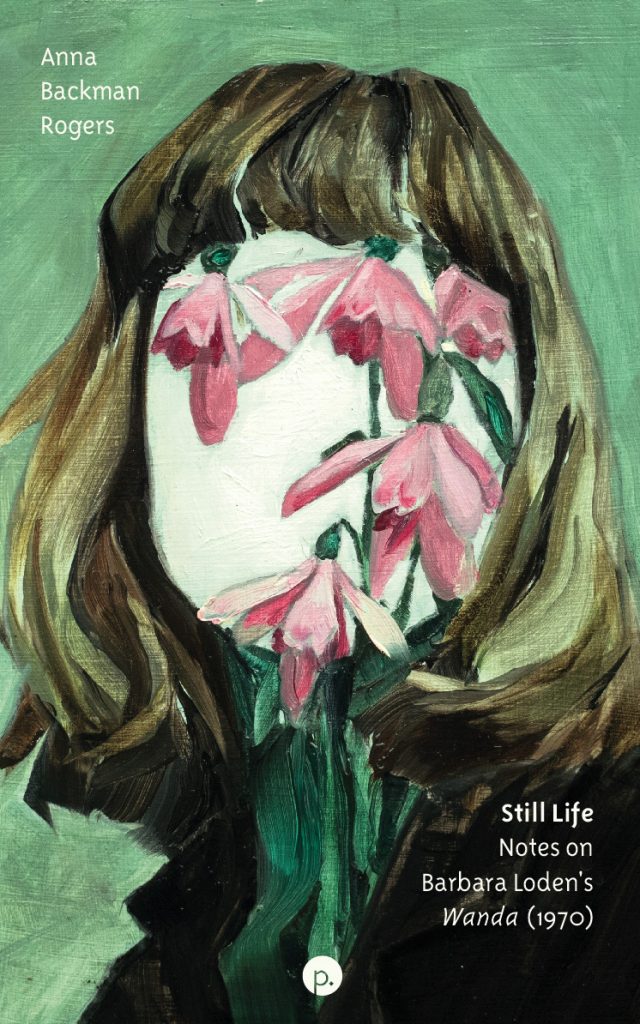 This book takes a film of extraordinary and unique significance and gives it the lengthy, detailed attention it deserves. By addressing the aesthetics and politics of Wanda, Backman Rogers helps set the record straight on the remarkable cultural contribution of Barbara Loden. This is a profoundly significant event in global film culture.

~Adrian Martin, author of Last Day Every Day: Figural Thinking from Auerbach and Kracauer to Agamben and Brenez

Refusing Berlant’s “cruel optimism,” and specifically the platitudes of redemption, resolution and recuperation, Barbara Loden’s film Wanda – and Backman Rogers’s incandescent reading alongside it – feel into the all in Wanda’s and Loden’s separate but enmeshed alone/s, their completeness and complexity as a form of classed refusal, one that is at once anti-American and anti-auteurist. Brilliantly reading Loden as a collective – all, alone – of experienced writer, visionary director, skilled performer, and radical thinker, Backman Rogers engages in a feminist, anti-capitalist act of paying attention, reconceiving the close reading as a political act whose ethical intimacies see all these facets of Loden working together in and through Wanda, challenging us as readers, viewers, critics and subjects, all alone yet connected by the film, to commit to the same.

~ So Mayer, author of Political Animals: The New Feminist Cinema

This sensitive and insightful work is immersed in both the ethics of the film and the filmmaker, as well as the depressive affect that the film ineluctably conjures. Backman Rogers delineates the precision of Wanda’s political moment, while demonstrating how its politics and aesthetics are irresistibly contemporary in its depiction of a state of blockage, impasse, and failure. The book establishes this unique film as a vital study of feminine and working-class failure, and confirms its status as a ‘major minor film’ which more than merits this level of care and respect.

~ Lucy Bolton, author of Contemporary Cinema and the Philosophy of Iris Murdoch

Anna Backman Rogers’s volume on Barbara Loden’s Wanda highlights the many levels on which this film presciently articulates certain key ethical and formal concerns of feminism in its own and the current moment. Arguing that Wanda taps into an aesthetics that privileges the margins, denial, refusal, and impossibility, Rogers outlines hallmarks of radical women’s cinema and incisively explores this remarkable film’s subtle dynamics in those terms. The centerpiece is Rogers’s brilliant extended formal reading of the film that carefully attends to each scene’s details—of color, repetition, framing, editing, everything—in order to unfold the powerful dynamics of Wanda’s story, such as it is. An inspired contribution to studies of Wanda and feminist cinema more widely.

~ Sarah Keller, author of Anxious Cinephilia: Pleasure and Peril at the Movies

There is indeed a “miracle” in the 1970 film Wanda. This film has survived, despite decades of neglect, to emerge into the fuliginous light of an era that may just be ready to strain at grasping its harsh and brutal truths — truths that reveal the imbrication of the psychic in the social and the experiential in political structures. Barbara Loden’s film dares to suggest that the social and ethical functions of art should not necessarily be redemptive – that salvation is a cheap and spurious form of consolation that few can afford in this world. This film, made by a woman who knew all too well what it means to be defined through and by her material circumstances (and her relationships to men), and that is so relentlessly ferocious in its refusal to assuage and comfort the viewer, has always been a form of future feminism. Wanda does not brook the comforts of positivity, of aspiration, or even the luxury of selfhood.

This film, Still Life contends, is so radical in its feminist-anti-capitalist politics of refusal that we are still struggling to keep up with it. It delineates precisely how the personal is political and why this matters now more than ever. Wanda, a film about a woman who refuses to be saved or to save herself, who lacks the means and energy to alter anything in her life, who lives in a permanent state of blockage, impasse and failure is, as this publication suggests, the film of our contemporary moment.

Anna Backman Rogers is the author of American Independent Cinema: Rites of Passage and the Crisis-Image (2015) and Sofia Coppola: The Politics of Visual Pleasure (2019). She is the co-founder and editor-in-chief of the open-access, online academic journal MAI: FEMINISM AND VISUAL CULTURE. Anna teaches at the University of Gothenburg, Sweden.