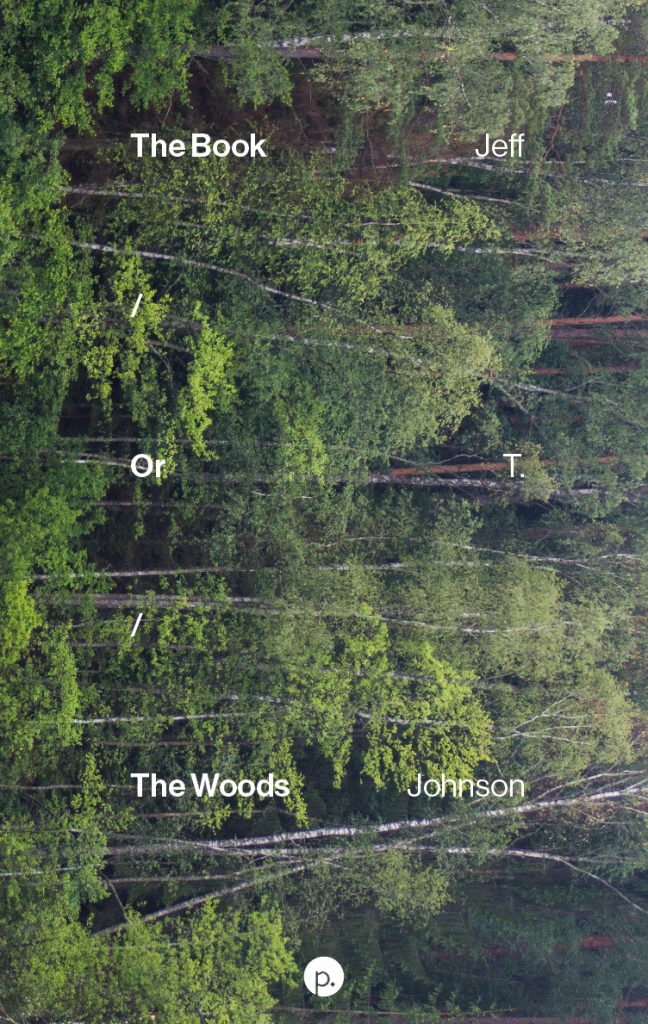 Here is The Book / Or / The Woods, an epic song cycle that devours itself on repeat, taking cover in its own flames. We think epic in the sense of bpNichol writing Martyrology, Jabès with his books of books, Rosmarie Waldrop’s Curves to the Apple, Keith Waldrop’s Transcendental Studies, Harryette Mullen’s Recyclopedia, Craig Santos Perez’s from unincorporated territory, Nathaniel Mackey’s long song(s), & others. We think epic with these ongoing & collected meta-serial works rather than the traditional notion of the epic as heroic nation building story, though we borrow epic tropes from Dante’s supernal underworld forest (& infernal forested underworld), sing with Sappho’s lyre, are haunted by the spirit of Homer’s katabasis, & are formed by the Popol Vuh’s wordly cosmos, which influenced us before we read it.

Y the monster is alone in the woods, enclosed by a highway : a preserve. The woods are made of paper; the paper forest burns & burns. Woods & monster are endangered, pressed into service, a hazard. So is the book pressed into service, danger & endangered. The forest is deforested & reforested, dance of shadow & flame, a fantasia of ecological return, the forest (enchanted) by itself. The haunted woods. The ghosts the ghosts of what. This is the world without us. & we are here as well. Here in the forest of language.

Jeff T. Johnson is the author of Trouble Songs: A Musicological Poetics (punctum books, 2018). His writing has appeared in PEN America, Jacket2, Encyclopedia Vol. 3, Tarpaulin Sky, Sink Review, and elsewhere. A chapbook, trunc & frag, is at Our Teeth. He wrote the music and culture series Book Album Book at Fanzine, and is at work on a performative critical investigation of analog-digital interface, language-oriented poetry, digital language art, and experimental electronic music called Janky Materiality. He lives in Philadelphia.