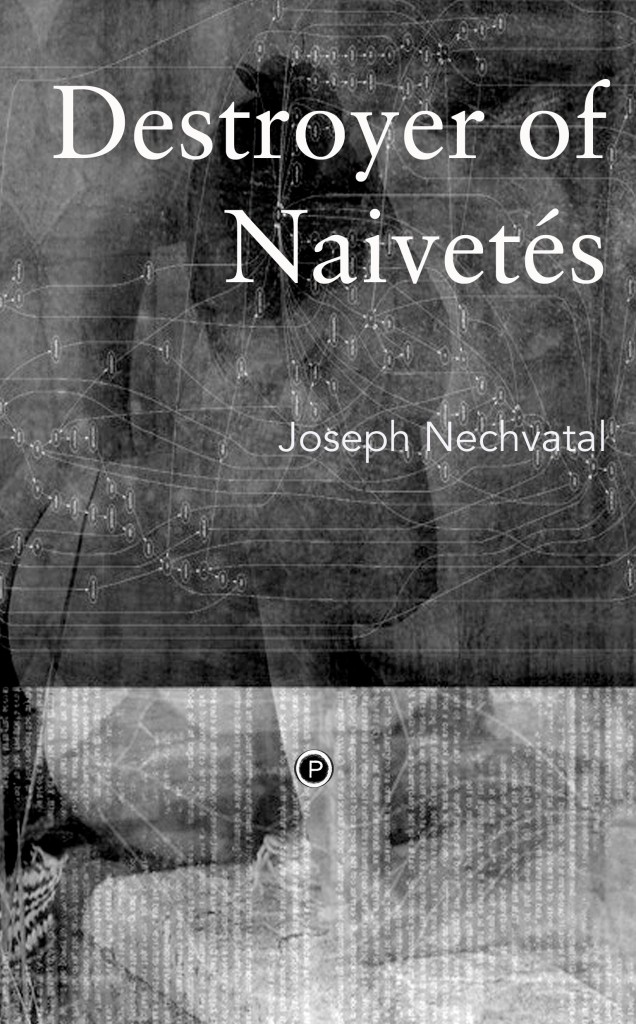 Joseph Nechvatal’s epic passion poem, Destroyer of Naivetés, takes up a position of excess from within a society that believes that the less you conceal, the stranger you become. We live and love in a culture where surveillance/intrusion is tied to our drive for self-revealing everything (an anti-private-life culture of curiosity, egotism, solitude, fear, voyeurism, exhibitionism and resentment — where the feeling is that nothing could or should remain unknown to us).

Joseph Nechvatal‘s digital paintings conjure up an enigmatic world of an almost dreadful depth that signals the dynamic critical intricacy of a contemporary practice engaged in the fragile wedding of image production and image resistance. His computer-robotic assisted paintings and animations are often made up of an oddly excessive concoction of ambiguous sexual body parts (morphed from both sexes) and expressions of political ire that address the global influence of the viral form. Nechvatal brings a subversive reading to computational media by presenting an artistic consciousness that articulates contemporary concerns regarding surveillance and the erotic. His book of essays Towards an Immersive Intelligence: Essays on the Work of Art in the Age of Computer Technology and Virtual Reality (1993-2006) was published by Edgewise Press in 2009. In 2011 he published Immersion into Noise (Open Humanities Press/MPublishing) and in 2014 he helped to steer and edit punctum’s Minóy book + cassette + CD project.

8 thoughts on “Destroyer of Naivetés”