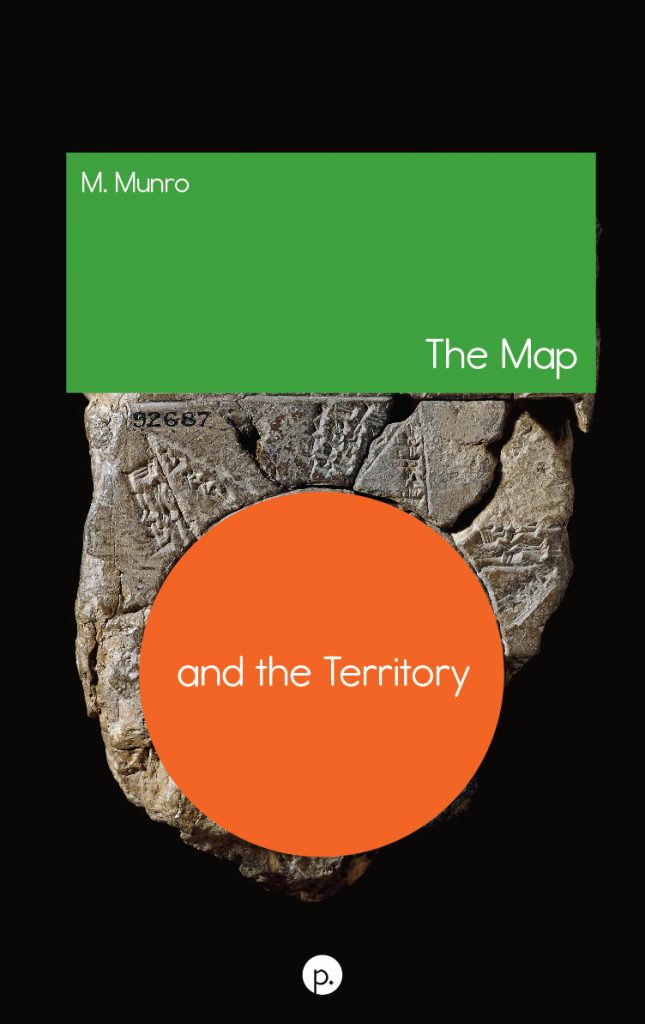 About previous work of M. Munro:

“Intellectual origami,” “an enjoyable read, rooted as it is in sweetness.”
~ Brooklyn Paper

“I didn’t even know that was a question I could ask.” That remark from a student in an introductory philosophy course points to the primary body of knowledge philosophy produces: a detailed record of what we do not know. When we come to view a philosophical question as well-formed and worthwhile, it is a way of providing as specific a description as we can of something we do not know. The creation or discovery of such questions is like noting a landmark in a territory we’re exploring. When we identify reasonable, if conflicting, answers to this question, we are noting routes to and away from that landmark. And since proposed answers to philosophical questions often contain implied answers to other philosophical questions, those routes connect different landmarks.

The result is a kind of map: a map of the unknown.

Yet when it comes to the unknown, and all the more so to its cartography, might it not make sense to take our orientation from Borges: What’s in question here, with respect to philosophical questions, is an incipient, unlocalizable threshold—a terrain neither subjective, nor entirely objective, one neither of representation, nor finally of simple immediacy—there where the map perceptibly fails to diverge from the territory. Amid Inclemencies of weather and fringed, as per Borges, with ruin and singular figures—with Animals and Beggars—what’s enclosed is an attempt to chart the contours of this curious immanence.