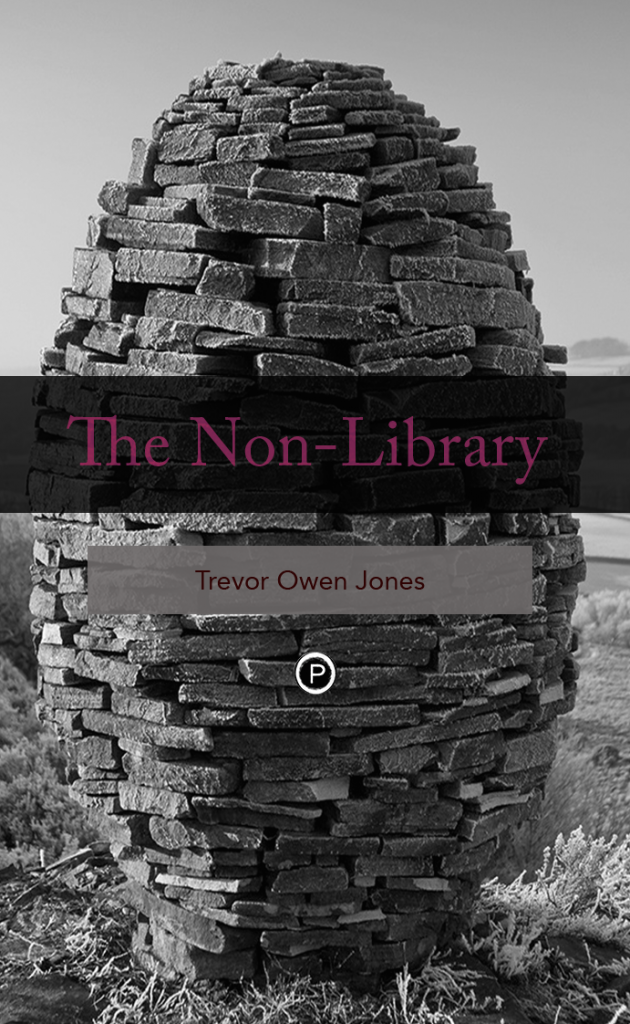 I have been forced to become . . . a librarian.

The Non-Library is a non-standard expression for life that is lived without mediation from words, images, or even ideas. While a thing called “the Library” continues to terrorize humanity even as it enters its last stages as a consequence of cataclysmic climate change and late capitalism, the Non-Library is a strictly performative, ahistorical immanence that suspends the Library’s insistent calls to categorization, representation, and reification. Of course, to describe or circumscribe such ineffability has its limits, but it also has its thresholds to cross: with commentary on Derrida’s Archive Fever, a deconstruction of Fichte, a para-biographical meditation on librarianship, and a vamping on the possible “Non-Virgil,” The Non-Library gently proposes a negative capability in liminal spaces in order to best escape and resist the Library’s stranglehold on human knowledge and its requisite social imaginations.

Building on the non-standard thought of Francois Laruelle’s non-philosophy, while not beholden to it, The Non-Library attempts to leave the discourse of the university behind and uses its citations of Badiou, Borges, Bataille, and Dante instead to construct a philo-fiction more akin to the immanence of music and its many expressions rather than Philosophy’s demand that all questions be eventually answered, that the Real is ultimately thinkable, or that all of Life might possibly be contained in the Library.

Trevor Owen Jones is a librarian and writer, and lives in San Diego, California.