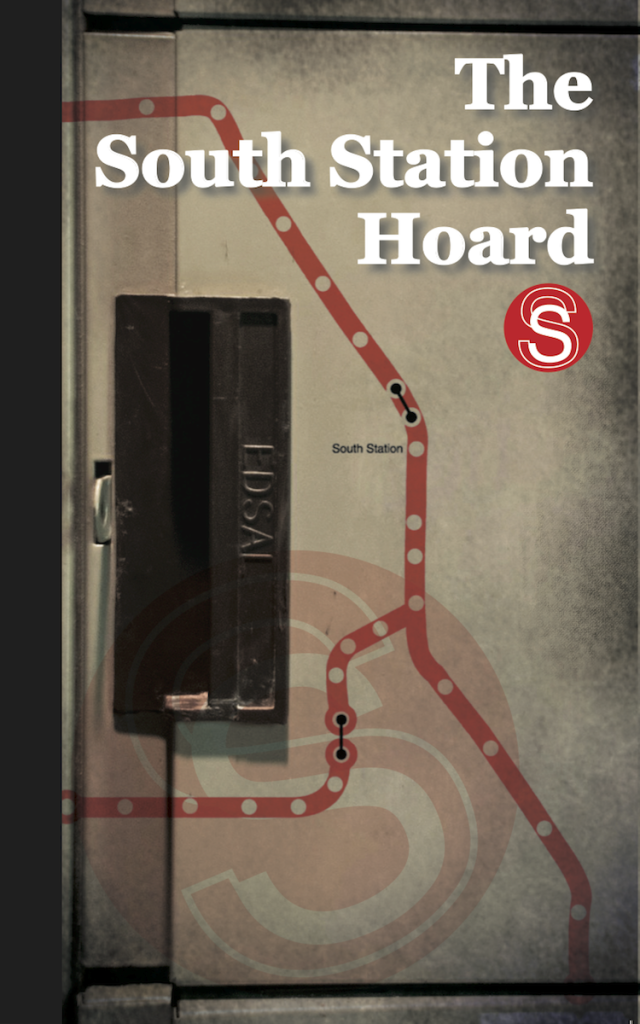 This collaborative arts research project compares the landmark discovery of the Staffordshire Hoard, the largest hoard of Anglo-Saxon gold and silver metalwork discovered in 2009, with an imagined hoard from present day pre-adolescent girls. The collaborators constructed a subterranean installation, generated speculative historical documents, collected and embellished social networking “artifacts,” and photographed the entire process. In addition to dealing with the notion of a medieval hoard as a signifier of a medieval warrior as both hero and anti-hero, this artbook, or work of futurist archaeology, addresses contemporary issues relating to gender, youth culture, bullying, adolescent development, iconicity, status symbols, and additional contemporary tween issues.

The fabricated hoard presented here is comprised of the trappings of current “tween” girl culture — for example, cell phones decorated with hot pink crystals, necklaces with twinkling pendants, personalized/defaced dolls, and religious objects. As our future archeologists study these and other objects, the greater context of bullying emerges: the hoard objects were stolen from one group of tween girls by another. This project suggests a reconceptualization of treasure, the acts of hoarding and archiving, and the visual cultures of both tween girls and medieval warriors.

Bloodshed and intense physicality marked the medieval warrior’s existence. Weaponry was not just a medieval necessity but also a status symbol. Young girls impose just as much meaning to their specific visual culture, and though they do not (always) rely on physical violence, the act of bullying can be just as devastating. The question of how we deal with violence associated with historical, and gendered, objects is central to this project, which also confronts the form of the traditional collection of scholarly essays with the intense visuality of an artist book. The photographs and graphic design of this volume are just as important as the content of the essays themselves. This volume depends on the fruitful collisions between the “scholarly” and “creative” processes. Even the tone of the writing showcased here intentionally travels from fictional accounts to academic scholarship to personal accounts of bullying.

The South Station Hoard depends on such disciplinary fusion, intentionally mixing it up with medieval studies, art history, gender studies, art education, and photography, while also being aimed at various groups of students as well as experts in various fields. Because of the seemingly ubiquitous presence of bullies in all arenas of young adult life, and beyond, it is hoped that this volume will be useful for educators, counselors, and mentors of both young girls and boys.

Carlee A. Bradbury (Project Editor) is an Associate Professor of Art History at Radford University. Though her research focus lies on anti-Semitic visual culture in medieval England, her first love has always been early medieval metalwork from the British Isles.