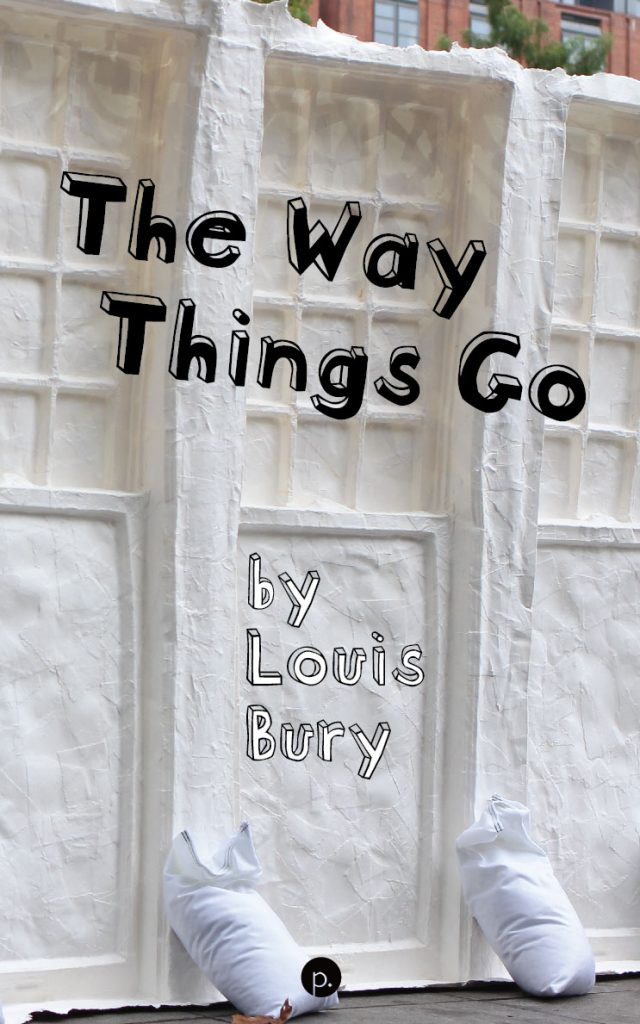 The Way Things Go contains a mix of poetry, art writing, and life writing about anticipatory grief, or mourning someone or something before it’s gone. Each successive chapter in the book decreases in length by exactly one sentence (a book-length Oulipian “melting snowball”), from a 71 sentence-long opening chapter, to a 70 sentence-long second chapter, to 69 sentences, 68 sentences, and so on down to 1. This shrinking form enacts the book’s concerns with loss, climate change, and the passage of time.

At the level of its content, however, The Way Things Go is not fatalistic. Its title comes from a cult classic 1987 Fischli and Weiss film, in which objects such as bags of trash, car tires, and oil drums knock into one another in a Rube Goldberg-esque chain reaction. Across personal (his sister’s bouts with lupus and addiction; his grandmother’s experience as a Holocaust survivor) and socio-political (the Sixth Mass Extinction; U.S. democratic backsliding) contexts, Bury considers the losses and disruptions that occur as “things go,” as well as the continuity and functionality that remains. The book suggests that recent negotiations between optimism and pessimism with respect to the future reflect people’s feelings of vulnerability, particularly people who are used to taking their life’s stability and privileges for granted, in a world that seems increasingly precarious.

Louis Bury is an art critic, author of Exercises in Criticism (Dalkey Archive Press, 2015), and Associate Professor of English at Hostos Community College, CUNY. He contributes regularly to Hyperallergic, BOMB, and Art in America.