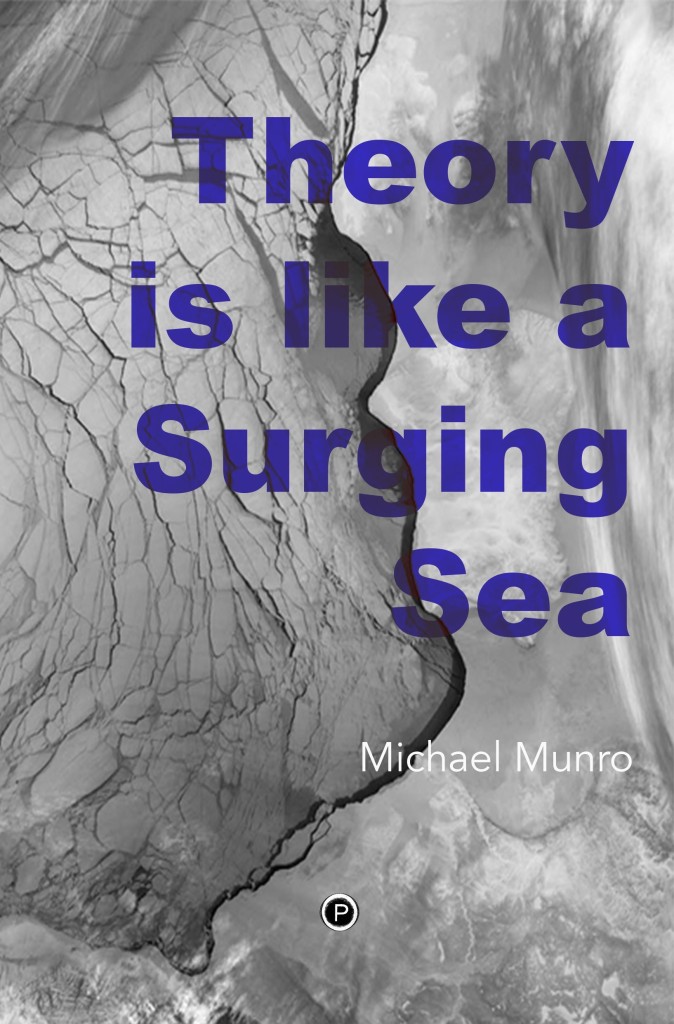 These pieces give me more to think about than most of the long theory books I read.

~ Craig Dworkin, author of No Medium

In a 1917 letter to Gershom Scholem, Walter Benjamin writes, “Theory is like a surging sea.” This small book takes more than its title from that line—it takes that line as a point of departure in Erich Auerbach’s sense, an Ansatzpunkt, as a compositional principle so that what follows can be read in its entirety as a gloss on the remainder of Benjamin’s sentence: “Theory is like a surging sea, but the only thing that matters to the wave […] is to surrender itself to its motion in such a way that it crests and breaks.” That motion, in the pages to follow, takes up in its sweep two threads: it folds an episodic meditation on the negative and the problematic into a series of singular interrogations exemplary of the positive being of the problematic, the objective being of problems and questions, in a movement of implication and explication between poetry and philosophy in the tradition of what’s come to be known as theory. Theory is like a surging sea because it’s as part of a revolutionary tradition that it crests and breaks.

Table of Contents // I: Dichtung und Wahrheit — II: ‘Without this nothing thinks’: The Enigma of the Active Intellect — III: Nearer to You than the Sea — IV: Vertigo, Beatitudo: Spinoza and Philosophy — V: The Idea of Prose — Appendix A: Theses on Aesthetics as First Philosophy — Appendix B: On Exactitude in Non-Library Science — Coda: On The Riddle of History Solved

Michael Munro is the author of several philosophy chapbooks, including The Communism of Thought (punctum, 2014). He lives on the Salish Sea.

One thought on “Theory is like a Surging Sea”