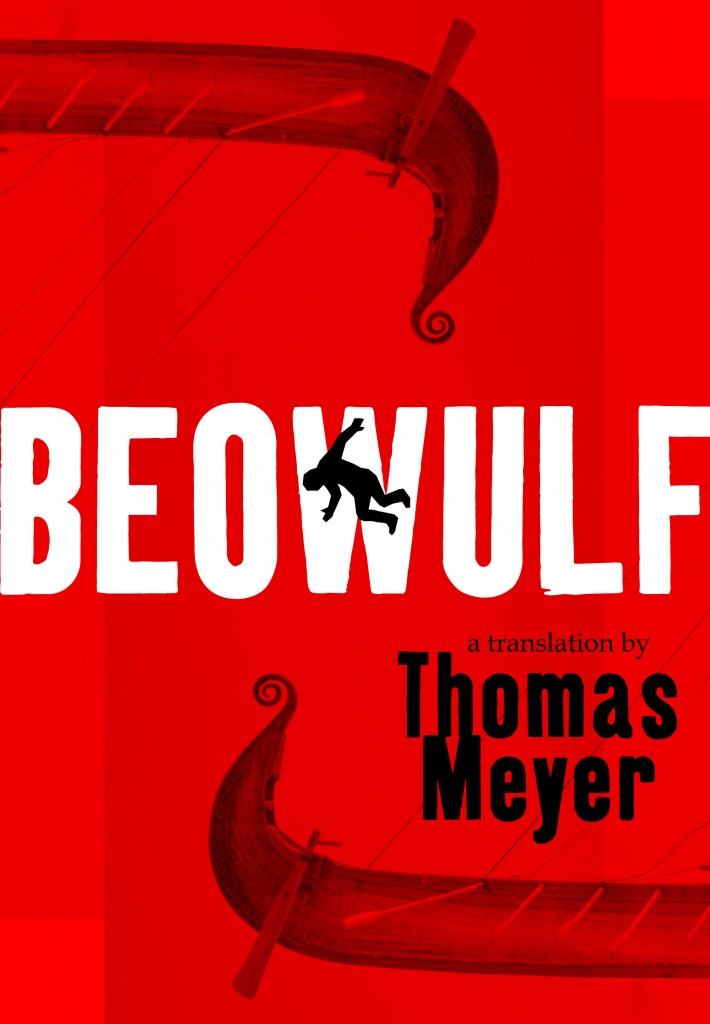 Thomas Meyer’s modernist reworking of Beowulf is a wonder.

Tom Meyer’s Beowulf reenacts the dark grandeur of a poem that is as much a story of vengeance as it is of courage and loyalty. Meyer brings the poem’s alliterative, inflected line in concert with post-Poundian lineation to give the reader a vivid sense of our oldest poem’s modernity. This is a major accomplishment.

Meyer’s work is amazing and richly satisfying, a full-scale collaboration between an ancient poem and a modern poet. Its diversity of tone is dazzling, from stately to swinging, from philosophically abstract to savagely concrete, from conversationally discursive to gnomic, haunting, chthonic — yet every line feels honestly rooted in the original text, the echo of an generous, open-hearted, and lovingly close reading of the poem.

Many modern Beowulf translations, while excellent in their own ways, suffer from what Kathleen Biddick might call “melancholy” for an oral and aural way of poetic making. By and large, they tend to preserve certain familiar features of Anglo-Saxon verse as it has been constructed by editors, philologists, and translators: the emphasis on caesura and alliteration, with diction and syntax smoothed out for readability. The problem with, and the paradox of this desired outcome, especially as it concerns Anglo-Saxon poetry, is that we are left with a document that translates an entire organizing principle based on oral transmission (and perhaps composition) into a visual, textual realm of writing and reading. The sense of loss or nostalgia for the old form seems a necessary and ever-present shadow over modern Beowulfs.

What happens, however, when a contemporary poet, quite simply, doesn’t bother with any such nostalgia? When the entire organizational apparatus of the poem—instead of being uneasily approximated in modern verse form—is itself translated into a modern organizing principle, i.e., the visual text? This is the approach that poet Thomas Meyer takes; as he writes,

[I]nstead of the text’s orality, perhaps perversely I went for the visual. Deciding to use page layout (recto/ verso) as a unit. Every translation I’d read felt impenetrable to me with its block after block of nearly uniform lines. Among other quirky decisions made in order to open up the text, the project wound up being a kind of typological specimen book for long American poems extant circa 1965. Having variously the “look” of Pound’s Cantos, Williams’ Paterson, or Olson or Zukofsky, occasionally late Eliot, even David Jones.

A glance anywhere in Meyer’s text demonstrates the stunning results. One place he turns it to especially good effect is the fight with Grendel in Fit 11, transforming the famously hyper-condensed syntax of the scene from a discouraging challenge for the translator into a visually pleasing strength:

The eyes of Hygelac’s kin watched the wicked raider
execute his quick attack:
without delay,
snatching his first chance,
a sleeping warrior,
he tore him in two,
chomped muscle, sucked veins’
gushing blood,
gulped down his morsel, the dead man,
chunk by chunk,
hands, feet & all.

never before had
sinherd feared anything so.

Here the reader is confronted with the words themselves running together, as if in panic, in much the same way that the original passage seems in such a rush to tell the story of the battle that bodies become confused. This is just one example of the adventurous and provocative angle on Beowulf to which Meyer introduces us. His Beowulf—completed in 1972 but never before published—is sure to stretch readers’ ideas about what is possible in terms of translating Anglo-Saxon poetry, as well as provide new insights on the poem itself.

With a Preface by David Hadbawnik, an Introduction by Daniel C. Remein, and an Interview with Thomas Meyer.

Thomas Meyer was born on Saint Valentine’s Day and has always lived where there are cows and there is rain: for many years in the Yorkshire Dales, but now and more recently above a vineyard in North Carolina, at the southernmost end of the Appalachians, on the western slope of Happy Hill at Skywinding Farm. After graduating from Bard College, he joined Jonathan Williams in forty years of domestic partnership and advocacy of the Jargon Society. His recent books include At Dusk Iridescent (A Gathering of Poems, 1972-97), Coromandel, and a translation of the daode jing.

David Hadbawnik is a PhD student at University at Buffalo, SUNY, focusing on poetics and medieval studies. In 2011 he co-edited (with Sean Reynolds) Jack Spicer’s Beowulf, a selection of Spicer’s previously unpublished translations of the Old English poem, in CUNY’s “Lost and Found” series. His book Field Work: Notes, Songs, Poems 1997-2010, was also published in 2011 by BlazeVOX Books.

Daniel C. Remein holds an MFA in poetry from the University of Pittsburgh and is a PhD candidate in English at New York University where is working on his dissertation, tentatively titled “Wonder and Ornamentality: A Medieval/Modern Poetics.” His poems appear in numerous journals including Sentence, Sidebrow, Holly White, Lit, and Shampoo; critical essays have appeared in Literature Compass, postmedieval, and Glossator. Remein is a member of the BABEL Working Group, co-founder of the Organism for Poetic Research, and edits the journal Whiskey & Fox. 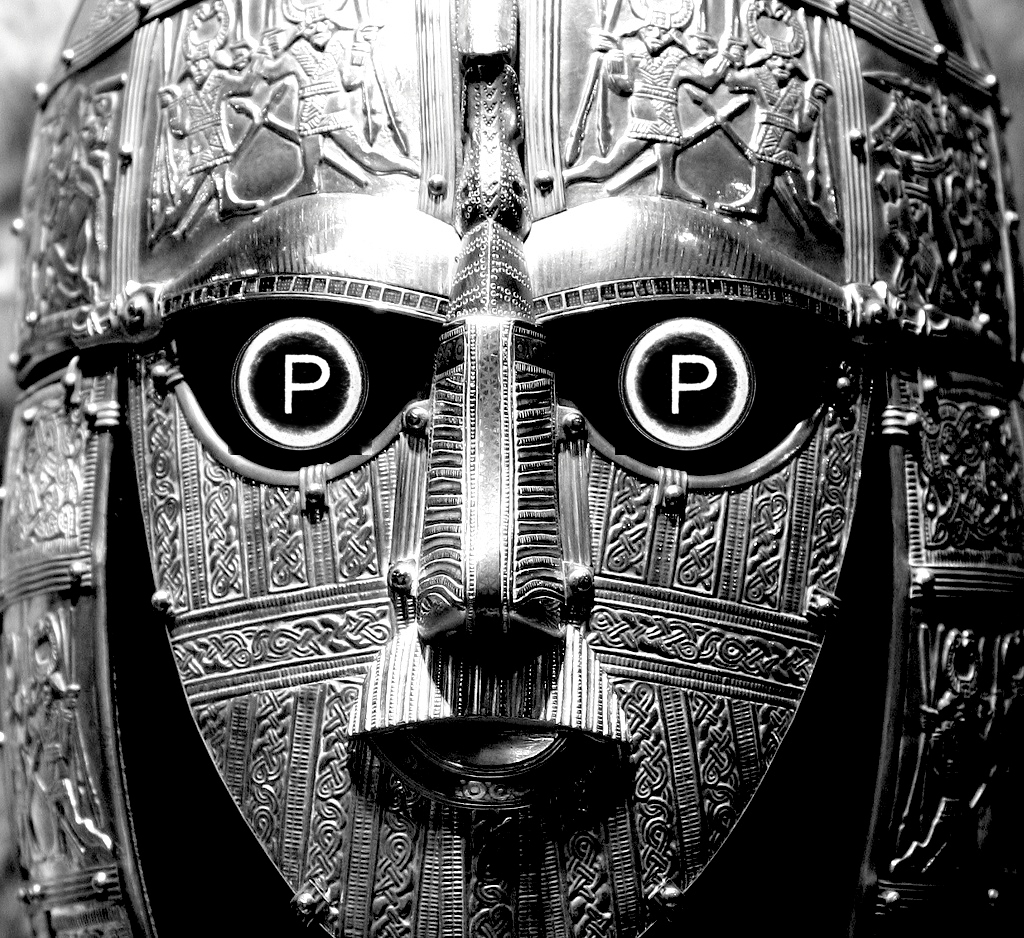 One thought on “Beowulf: A Translation”