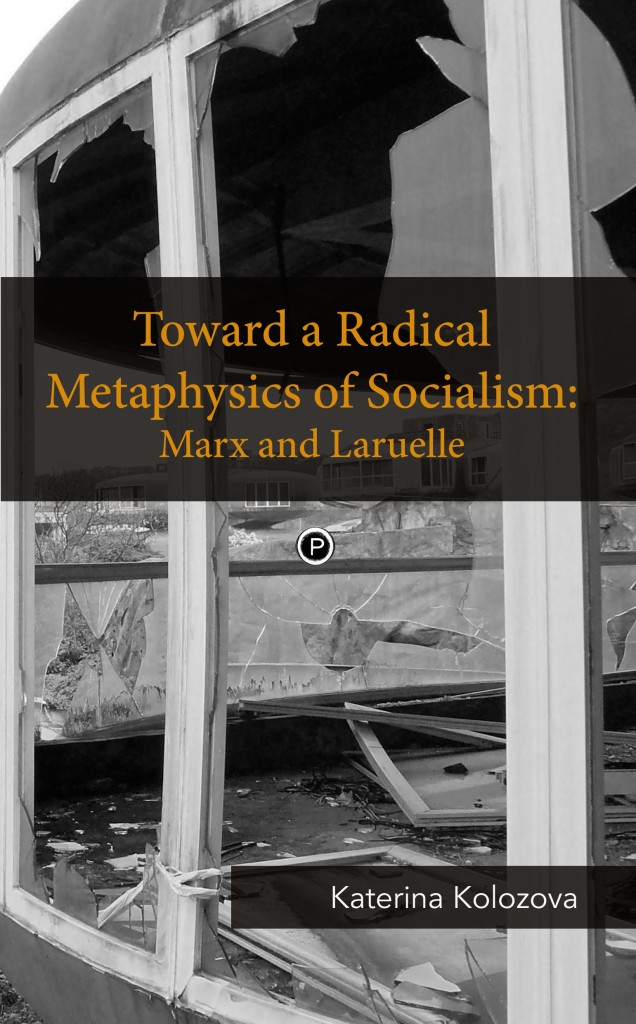 In his reading of Marx, François Laruelle suggests a parallel between the role played by the value-form in capital and that of ‘philosophizability’ as a form governing the economy of thinking. Taking up both Laruelle and Marx, Katerina Kolozova spells out the link between Marx’s demystification of the metaphysics of capital and Laruelle’s demystification of the form of philosophy in thought. But Kolozova goes beyond Laruelle by using Marx to concretize the basic categories of ‘non-standard philosophy’ at the same time as she uses Laruelle to render immanent the categories of Marxist theory: labour-power, commodity-fetishism, alienation, exploitation, and revolution. This is a passionately engaged work that dramatizes the radical stakes of Marx’s and Laruelle’s projects while drawing creatively on the work of Butler, Firestone, and Haraway along the way. It is at once the best possible introduction to Laruelle’s appropriation of Marx and a Marxian radicalization of Laruelle’s ‘non-standard philosophy.’

Katerina Kolozova delivers the first accurate and comprehensive study of my interpretation of Marx in my book “Introduction to Non-Marxism,” and more generally, of contemporary Marxism. She treats Marx’s texts like an open chôra, which allows her to examine what “non-standard Marxism” adds, rightly or wrongly, to the conceptualization of the real and more fundamentally of the “determination in the final instance.” She offers compelling analyses of fetishism, alienation, the organic body in its jouissance and suffering, and immanent revolt, and she also tests out new concepts for all these problems. But she also re-reads in a timely and astonishing way the aftermath of the 2008 financial crisis. And finally, she ends by addressing the problem of utopia by way of communist-feminist cyborgs! In vigorous fashion, Kolozova re-awakens Marxism and rescues it from its torpor.

Departing from the conventional readings of Karl Marx’s Capital and other of his works, by way of François Laruelle’s “radicalization of concepts,” Katerina Kolozova identifies a theoretical kernel in Marx’s thought whose critical and interpretative force can be employed without reference to its subsequent interpretations in the philosophical mainstream. The latter entails a process of abstracting a philosophical legacy — or rather, of putting it in brackets — and then codifying a history of a learned interpretation established in supposed fidelity to the theoretical project of a “master.” Interpreting the master implies a mastery of doctrinal tools, which results in establishing a catechism of the Logos of the Master. And this catechism interferes, Kolozova argues, with more direct encounters with Marx’s writings.

As we know, Marx’s rigorously descriptive language unravels the radical core of capitalist economic processes and, through that unraveling, also reveals capitalism’s necessary exploitation and subjugation of human labor. Toward a Radical Metaphysics of Socialism attempts to recuperate and emancipate the notion of metaphysics in this scenario by virtue of radicalizing thought’s encounter with the Real. Kolozova argues that this metaphysical drama is at the origin of the social and economic injustices of contemporary global economic-political realities, and she illustrates this state of affairs in discussions of the problem of wage labor, automated speculation as the core of late capitalism, the post-2008 financial crisis, the status of technology in late capitalism, sexual difference and gender, and the human and non-human body’s subjugation capitalist automation.

The real is not necessarily a physical exteriority. Rather, it is an exteriority in the sense that it is outside the reach of our linguistic intervention, appropriation and re-invention. The real is an effect that is experienced as violence (as the implacable limit to our signifying automatism), as a linguistically non-negotiable limitation, as that which Lacan would call the tuché that happens to the (signifying) automaton in the form of trauma. Such an instance is the concept of capital and the material and immaterial realities it creates. The ideology of capitalism stipulates the possibilities of any reality we can inhabit and imagine. Therefore, the exteriority which holds the status of the real is not necessarily physical. Moreover, the real is not necessarily exterior since it can be an internally experienced limit/ation to the subject’s signifying pretensions.

TABLE OF CONTENTS // Chap. 1: Introduction — Chap. 2: The Possibility of Immanent Revolt as Theory and Political Praxis — Chap. 3: Metaphysics of the Finance Economy — Chap. 4: The Metaphysics of Capitalism and the Socialist Response — Chap. 5: Technology, the Body and the Materialist Determination in the Last Instance of the Communist Society of Cyborgs 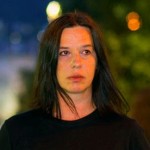 Katerina Kolozova, PhD, is the director of the Institute in Social Sciences and Humanities-Skopje, Macedonia and a professor of gender studies at the University American College-Skopje. She is also visiting professor at several universities in Former Yugoslavia and Bulgaria. In 2009, Kolozova was a visiting scholar in the Department of Rhetoric (Program of Critical Theory) at the University of California-Berkeley. She is is the author of Cut of the Real: Subjectivity in Poststucturalist Philosophy (Columbia University Press, 2014).