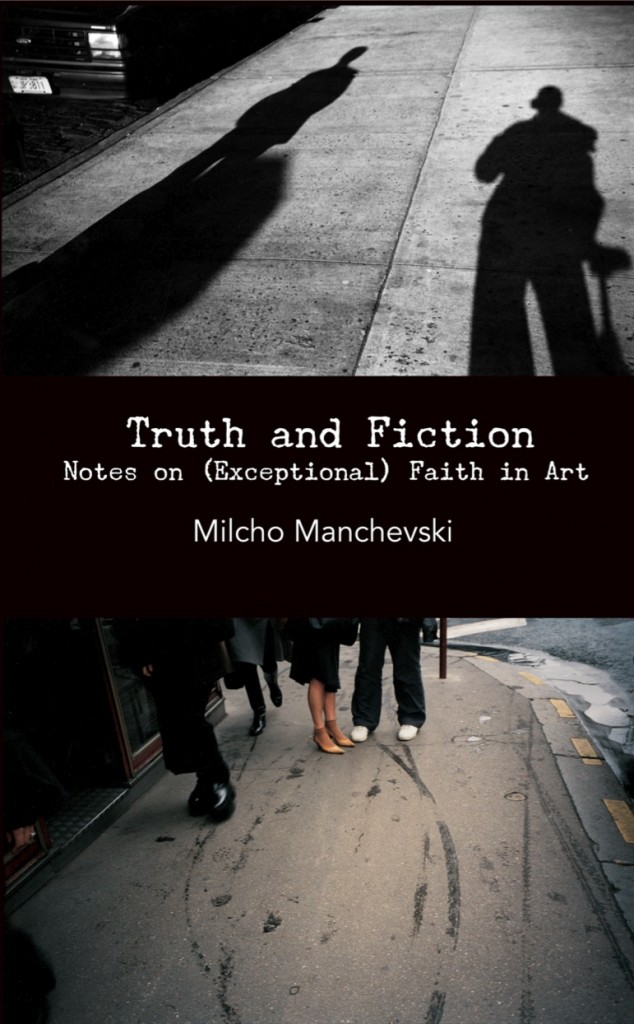 Reflecting upon his experience making his 2010 feature film Mothers, a cinematic triptych interweaving three narratives that are each, in their own way, about the often tenuous lines between truth and fiction, and one of which actually morphs into a documentary about the aftermath in a small Macedonian town where three retired cleaning women were found raped and killed in 2008 and the murderer turned out to be the journalist covering the story for a major Macedonian newspaper, the Oscar-nominated Macedonian-born and New York-based writer-director Milcho Manchevski writes that,

In this extended essay, or letter, Manchevski ruminates the different ways in which both filmmakers and audiences create, experience, and absorb the cinematic narrative with a certain trust and faith in the artwork to render, not the factual truth, per se, but the importantly shared experience of trusting “the plane of reality created by the work itself,” such that “we trust its inner logic and integrity, we have faith in what happens while we give ourselves to this work of art.” Truth becomes a question of what artist and audience can see and feel together: what feels real becomes the world we inhabit.

Milcho Manchevski has written and directed the feature films Before the Rain (nominated for an Academy Award and winner of over 30 film awards, including the Golden Lion for Best Film), Dust, Shadows and Mothers, and over 50 short forms, including Tennessee for Arrested Development. He has also been a director on HBO’s The Wire. His fiction, essays and op-ed pieces have appeared in New American Writing, La Repubblica, Corriere Della Sera, Sineast, The Guardian, Suddeutsche Zeitung, and Pravda, among other publications. He has authored a (very small) book of fiction, The Ghost of My Mother, and two books of photographs, Street  and Five Drops of Dream, which accompanied two photo exhibitions. Manchevski has lectured at a number of universities, cinematheques, art museums and art institutes, most notably as a Head of Directing Studies at NYU’s Tisch School of the Arts’ Graduate Film program.